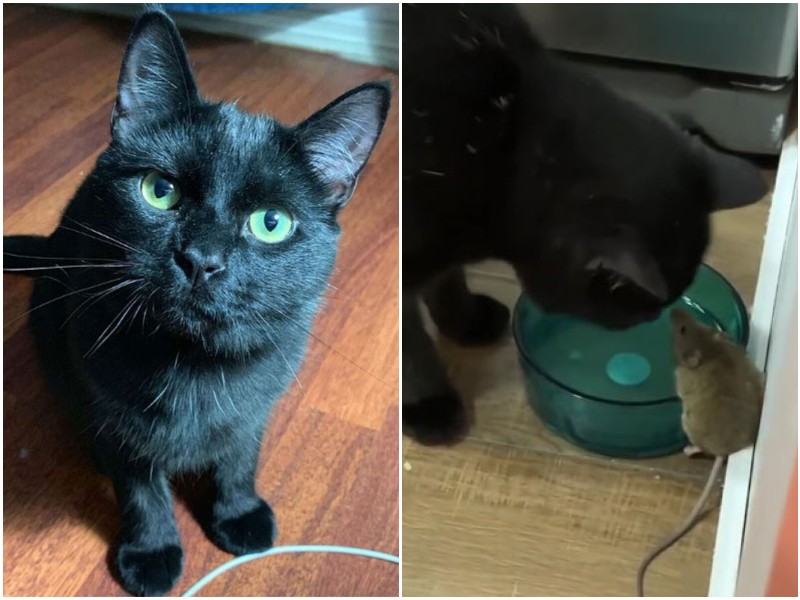 Cats are predators by nature, and although domestic cats do not need to hunt, they retain their natural instincts. But a cat named Simón is a small exception. Finding a mouse in the house, he decided to… make friends with it!

Simón is a cat from the Chilean town of Punta Arenas, who lives with a loving owner, Benjamin Sagredo. Recently, he published a funny video with the participation of a pet, where he “befriended” a mouse. The guy said that not so long ago he noticed that a mouse started up in the kitchen of his house.

He expected that his cat would deal with the unwanted guest, however, instead, Simón decided to make friends with the mouse. “I had to write it down because no one would believe me,” says Benjamin. First, he heard a noise from the kitchen, and when he entered, he saw these two – the mouse drank water from the cat’s bowl, and the cat calmly watched it. 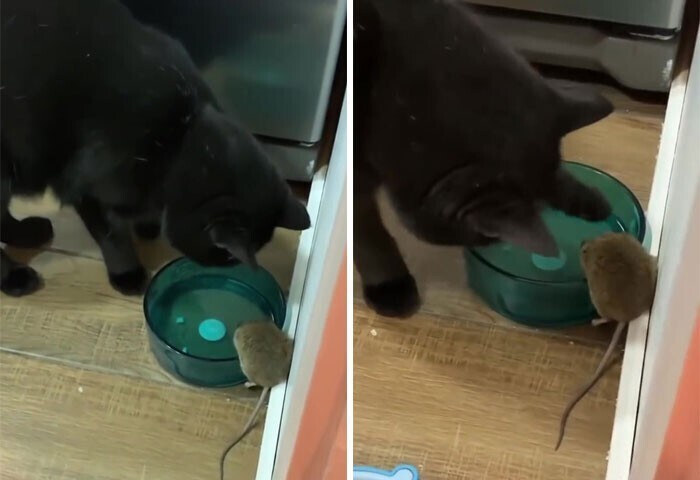 The owner said that they still “communicate” with the mouse when it periodically wanders around the kitchen. Although the situation is ridiculous and absurd, Benjamin is glad that his cat is so friendly and peaceful.

Simón was interested in a new friend and was not going to drive him away, and even more so – to eat. He touched the mouse lightly with his paw, and that was it. In the video, the owner says to the cat: “You should not be friends with mice and let them drink your water, Simón.” However, the friendly Simón went against the system! 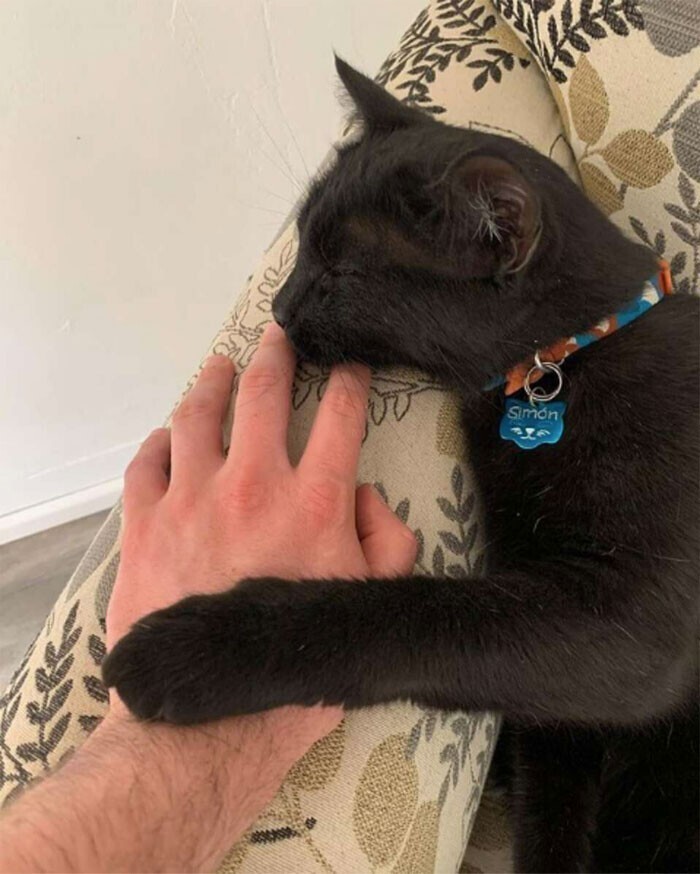 When the owner posted a video with Simón on the network, millions of users laughed at him: “Just like Tom and Jerry!”, “Well, try not to feed the cat for a couple of days, and nature will take its toll”, “What a well-mannered cat!” – commentators write on the cat’s Instagram. 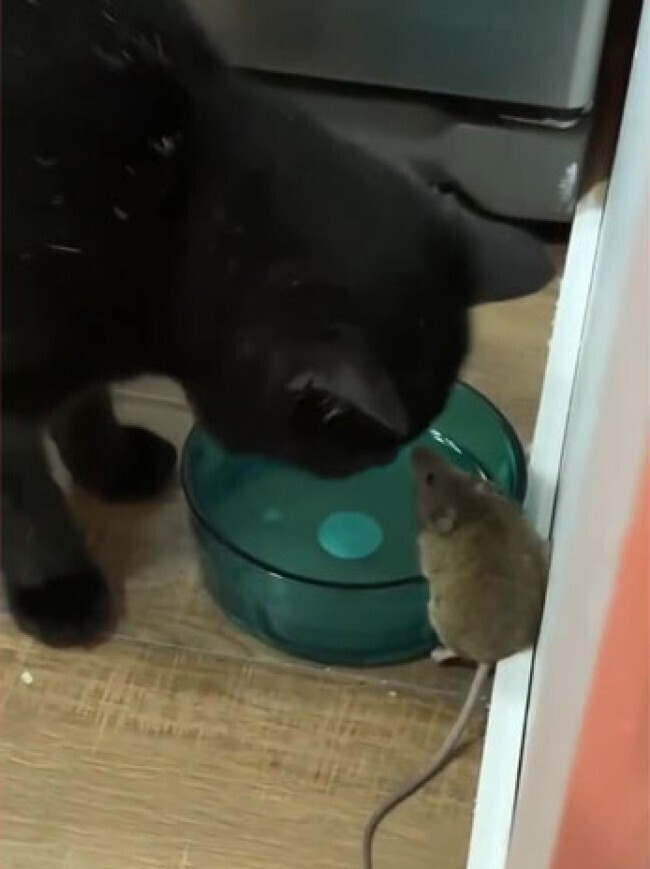 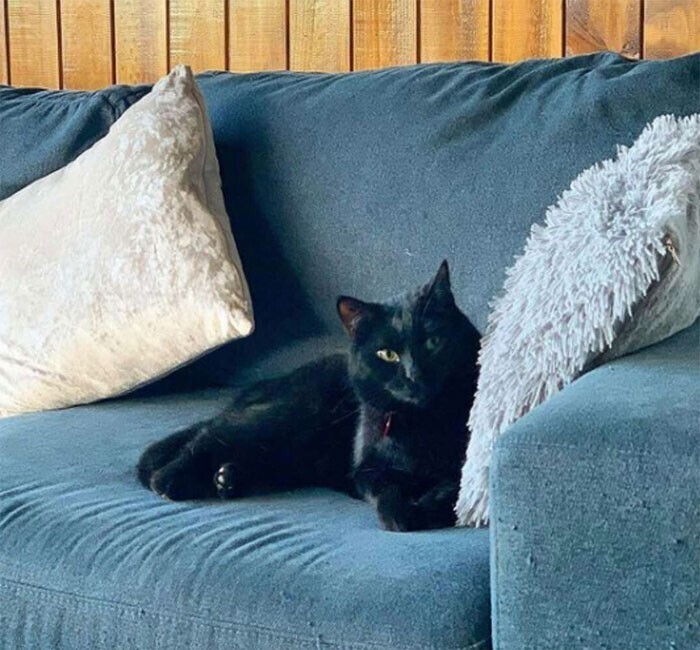 Here’s how Simón and the mouse became friends: