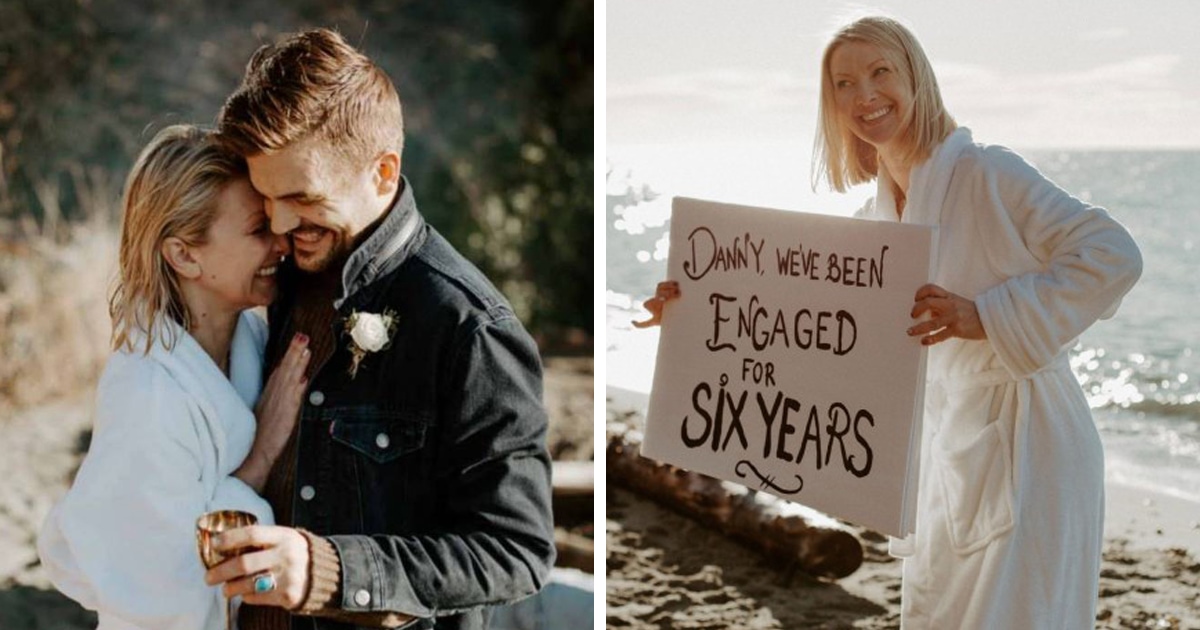 A wedding is an important event in the life of two people, so preparations for it can take quite a long time. But what to do if all this stretches for as much as 6 years?

Nicole Arnett from British Columbia (Canada) and her fiancé Daniel got engaged in 2014. Daniel proposed to Nicole in an intimate setting, handing over his grandmother’s ring, and from that moment on, the wedding was postponed and postponed. And then the bride decided to take matters into her own hands and arranged a surprise.

The couple put off their wedding for 6 years, and the bride decided to take matters into her own hands. 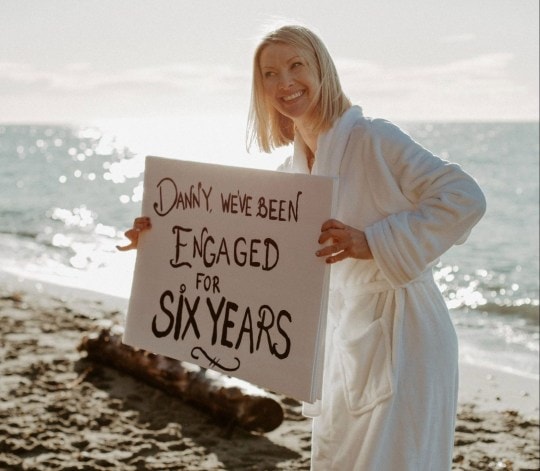 Nicole thought that perhaps they were putting off the process because they didn’t really want the wedding. It’s just that the thought of being married didn’t fit in their minds. But after 6 years of engagement, Nicole decided to break this vicious cycle.

Nicole arranged a surprise and proposed to get married on January 1 on the beach. 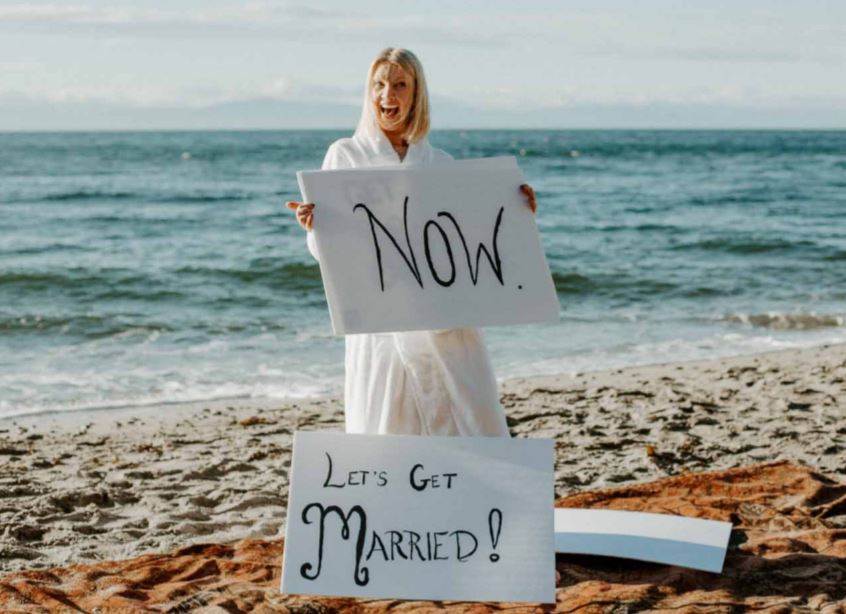 She came up with the idea of ​​incorporating marriage into their traditional walrus swim. 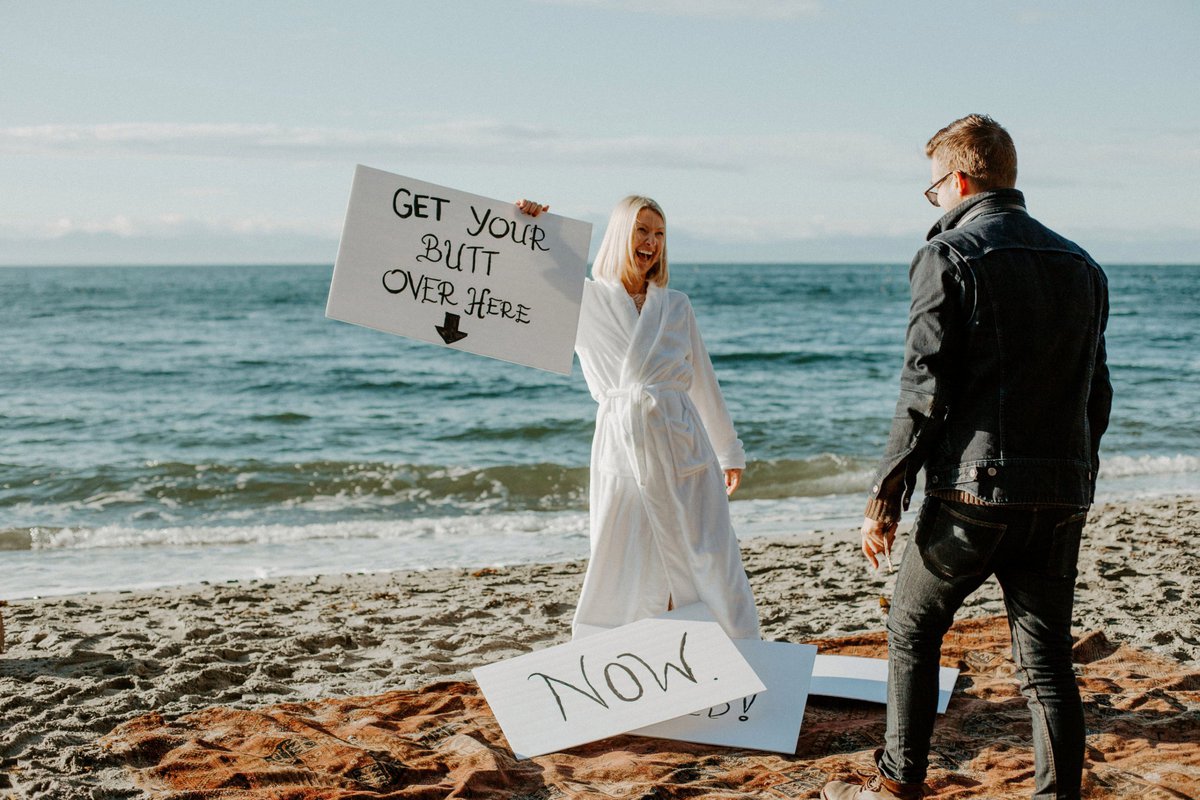 Daniel didn’t know anything about his fiancee’s plans. 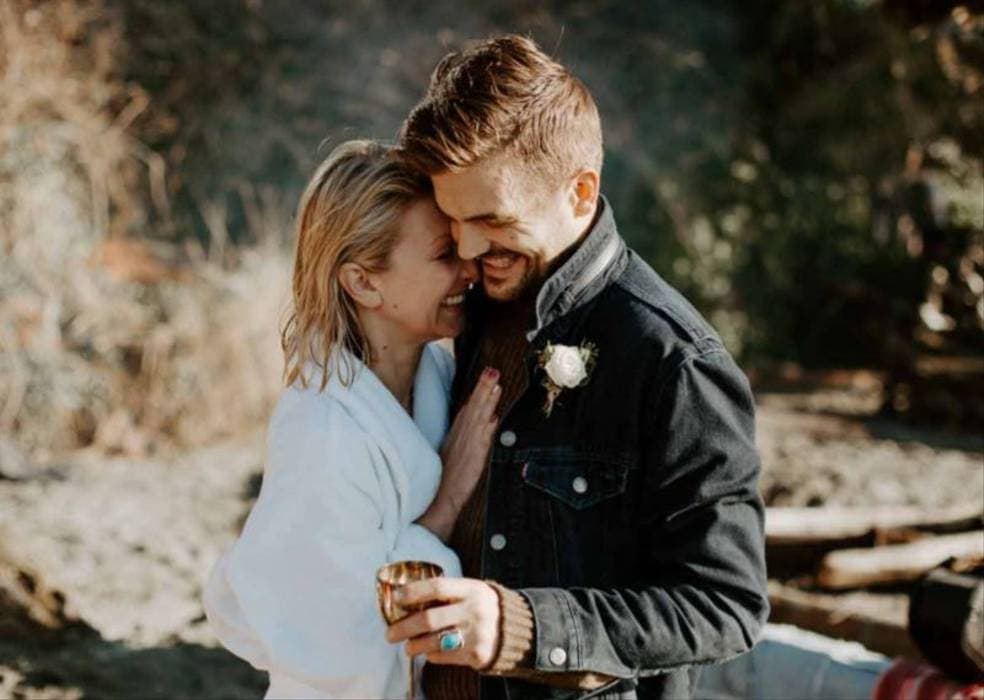 Nicole was helped by friends and relatives. The ceremony cost $3,000. Under the guise of preparing for her anniversary (January 2, Nicole turned 40 years old), the bride managed to keep everything a secret from the groom. And on January 1, 35 guests gathered to celebrate the long-awaited celebration. 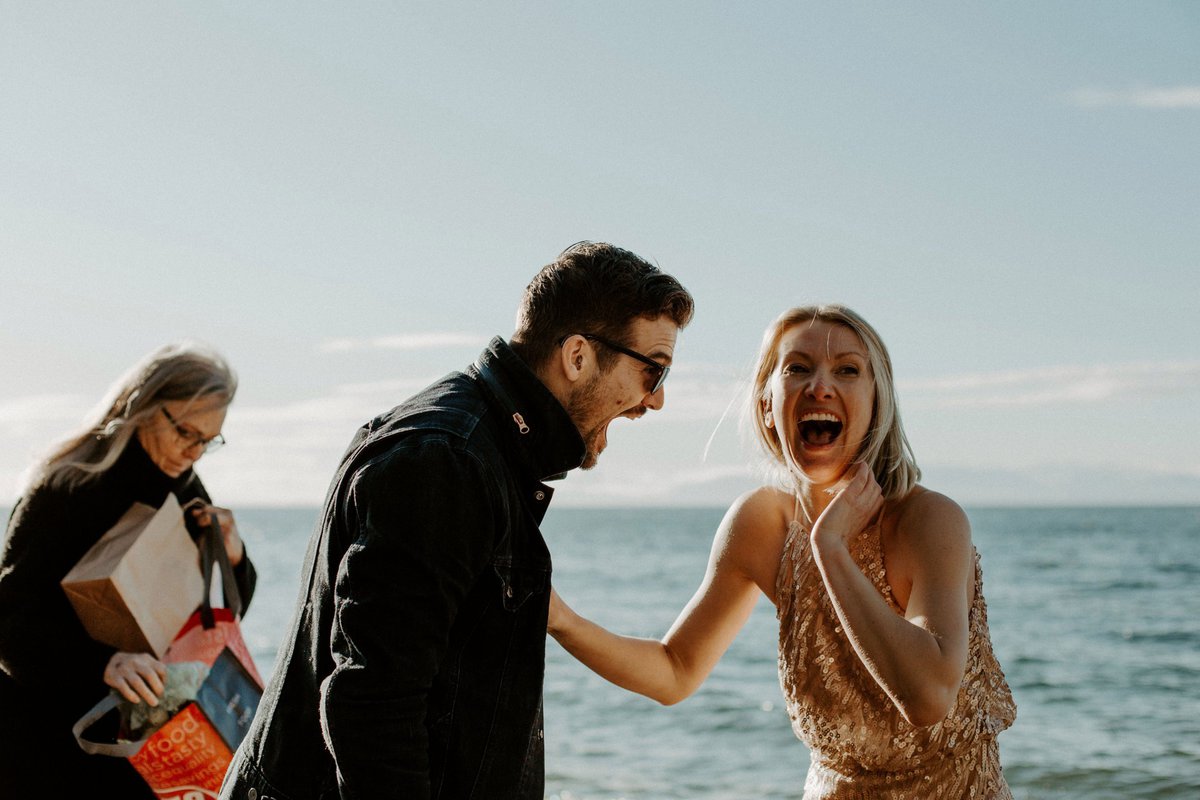 The ring was presented by the couple’s son. 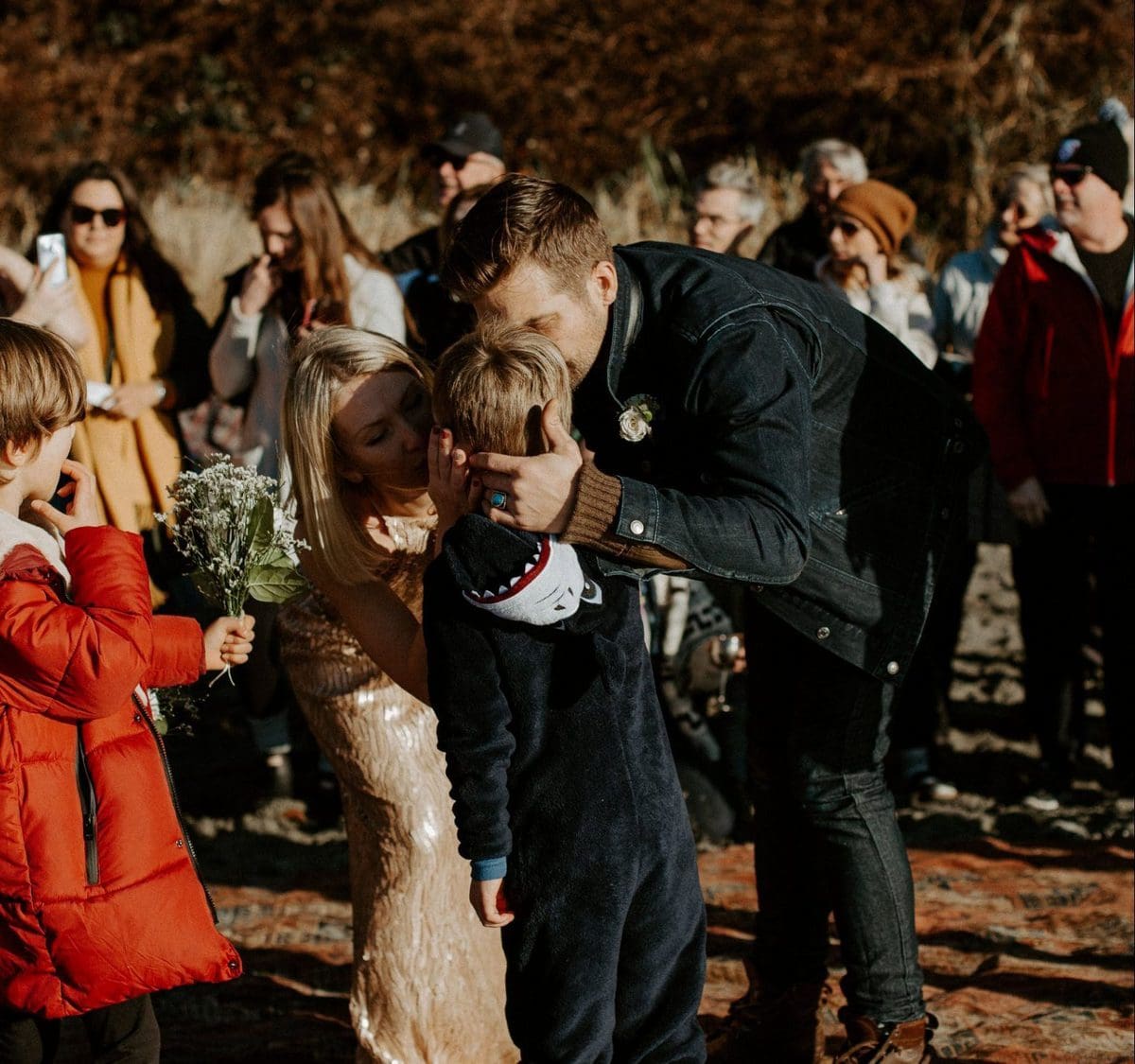 Daniel filmed Nicole and dropped his phone in surprise. The surprise worked. Yes, the planned event would never be perfect enough and so emotional. Friends sang for them and played the guitar. And then to the ocean! 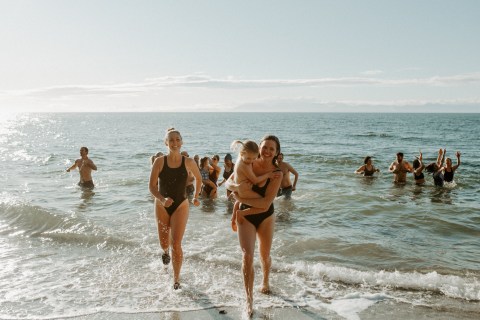 6 years of waiting were not in vain. 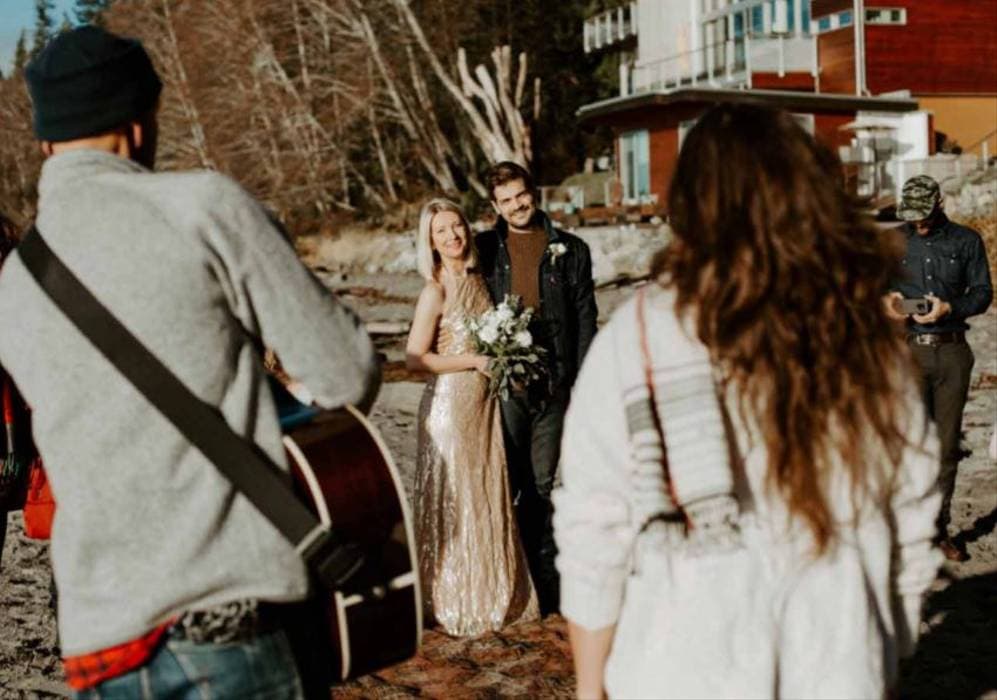 Well, the wedding has finally taken place. Now ahead of the honeymoon!