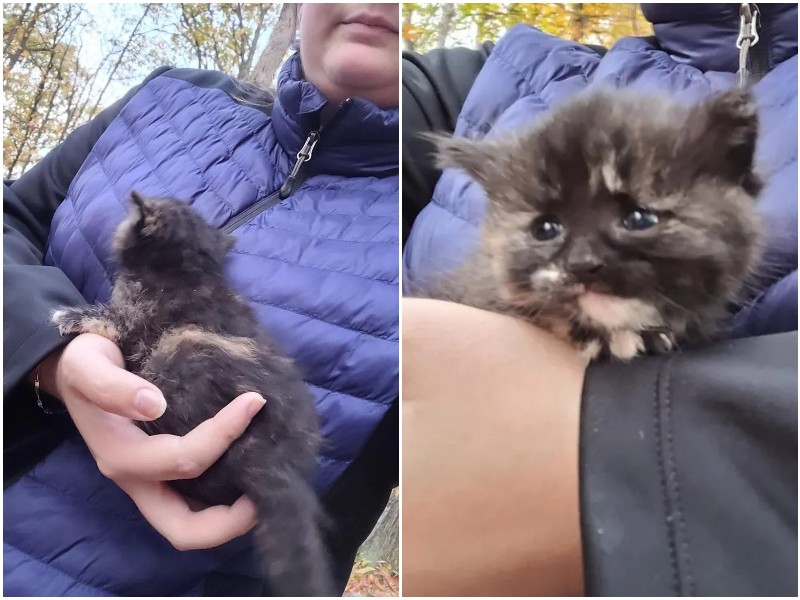 A couple from Canada went for a walk in the mountains, and when the guys were walking through the forest, they heard a strange squeak. While trying to find its source, they discovered a tiny kitten.

A resident of Canadian Montreal named Arianna went for a walk in the mountains with her boyfriend. When the guys were walking through the forest, they heard a plaintive squeak from the bushes – and immediately decided to find who really needed help. 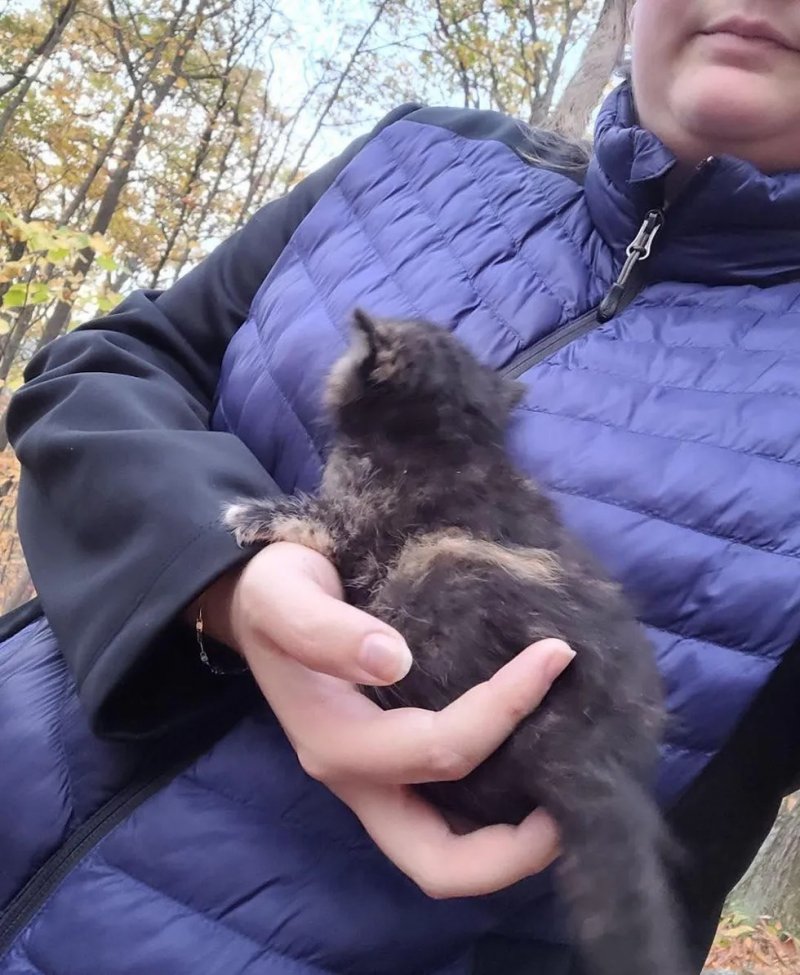 They found a tiny cat in the bushes asking for help. The baby was trembling with fear and cold, but once in the hands of a woman, she calmed down a little. The guys looked for other kittens and a cat mother in the area, but they did not find anyone. 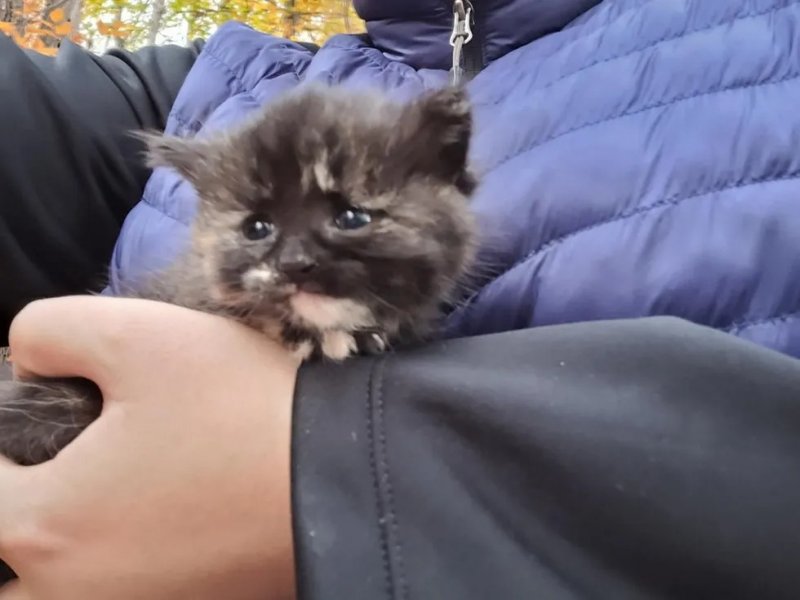 They moved the baby to a safe place. They could not leave her, so they immediately contacted the Chatons Orphelins rescue center, and the volunteers took the cat. She weighed only 400 grams and was hungry and thin.

A volunteer named Sarah took the baby to her for overexposure. The kitty was named Clochette and began her journey to a new life. The guardian fed her from a bottle for hours, gave her affection, and cared for her. 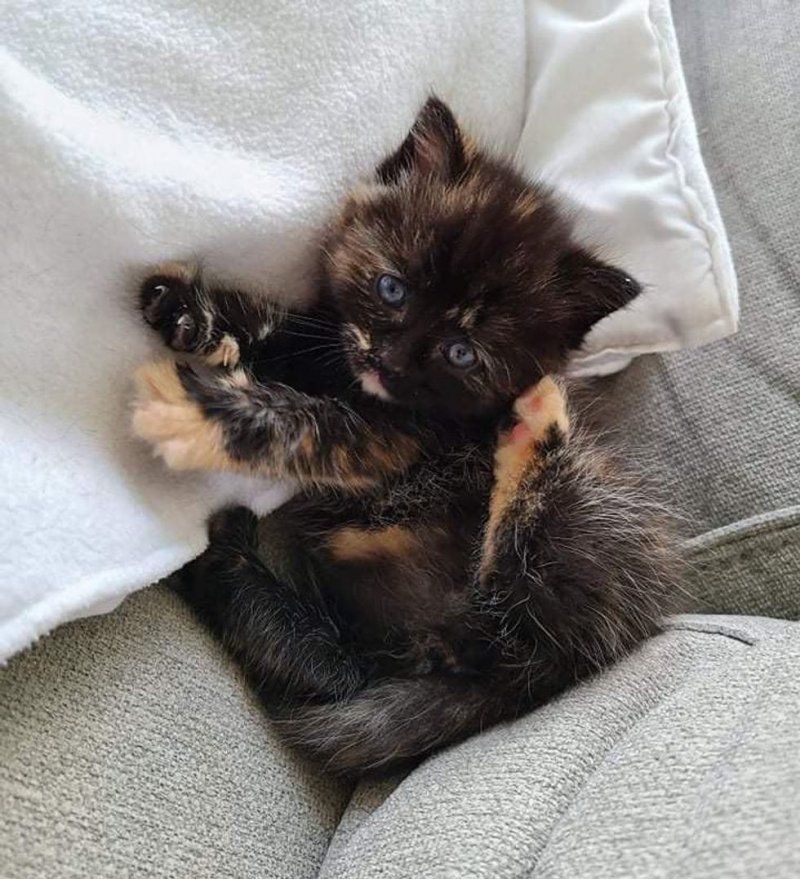 Clochette was very grateful to her. Although at first, she was afraid of everything new, after a while she trusted the woman and began to purr loudly after each feeding. She became more active every day. 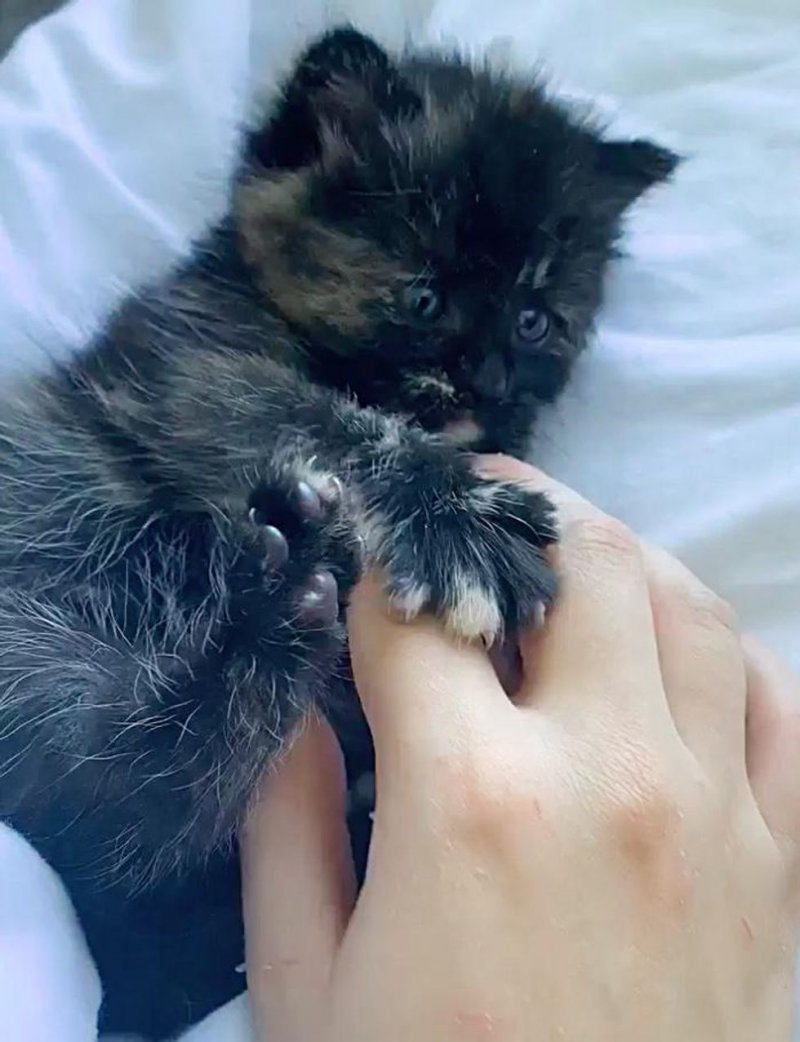 Soon the kitty began to walk and explore everything around with curiosity. She gained weight, began to play more, and frolic. When Clochette is old enough, a permanent home will be found for her! 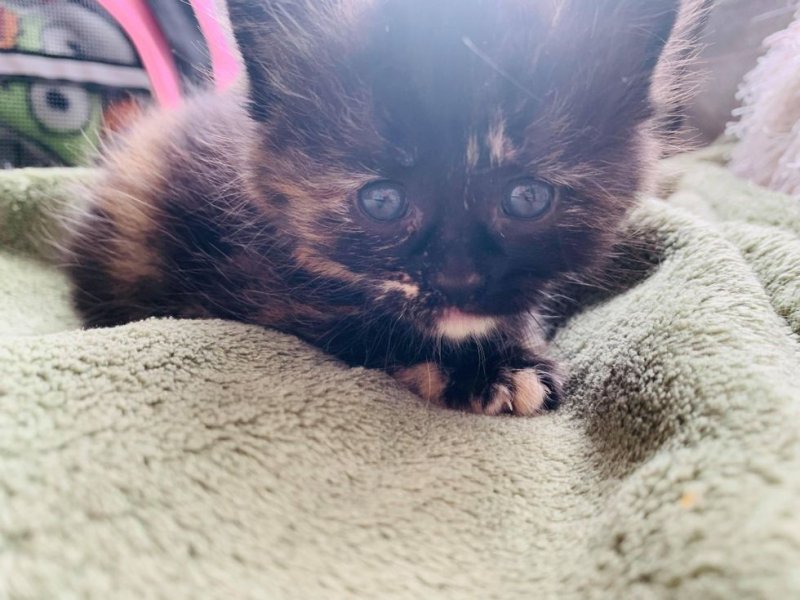 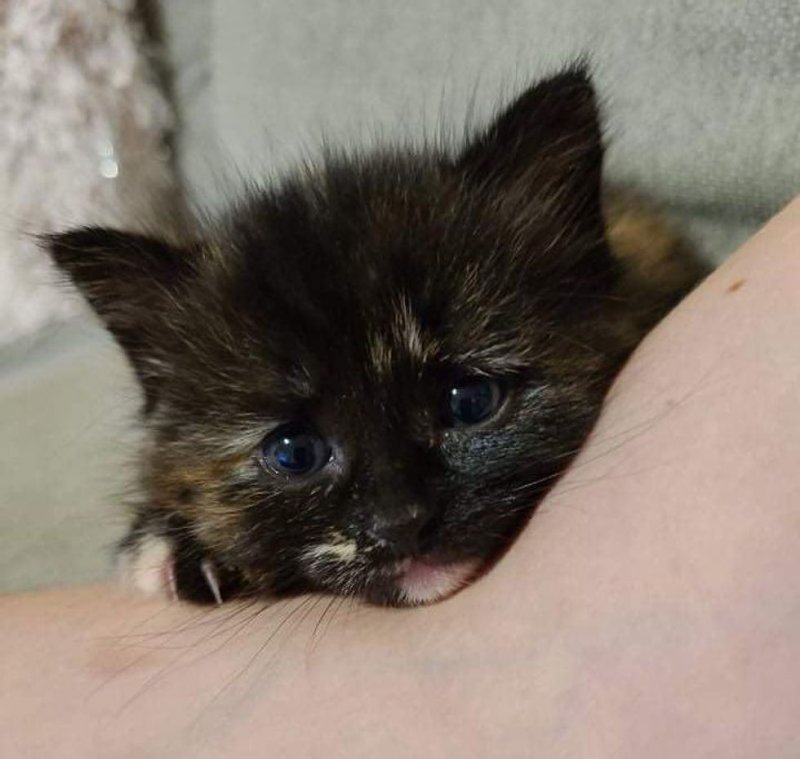