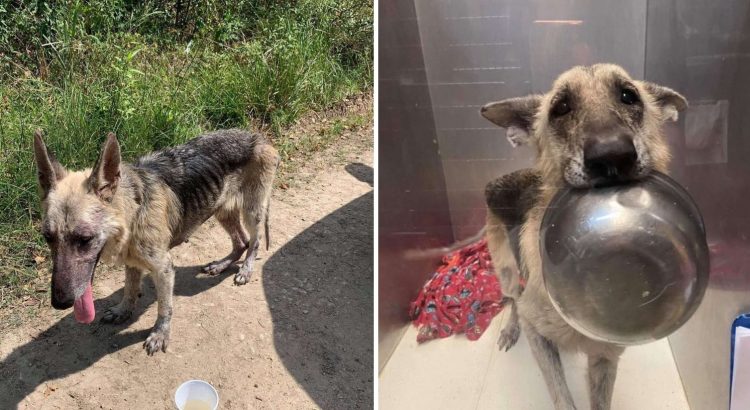 This story takes place in south Texas. On the way to work, the builders saw an emaciated dog on the road, which looked at them with pity. It was a German Shepherd. The worker immediately gave a drink and food to the poor dog, after which they contacted an animal protection organization. 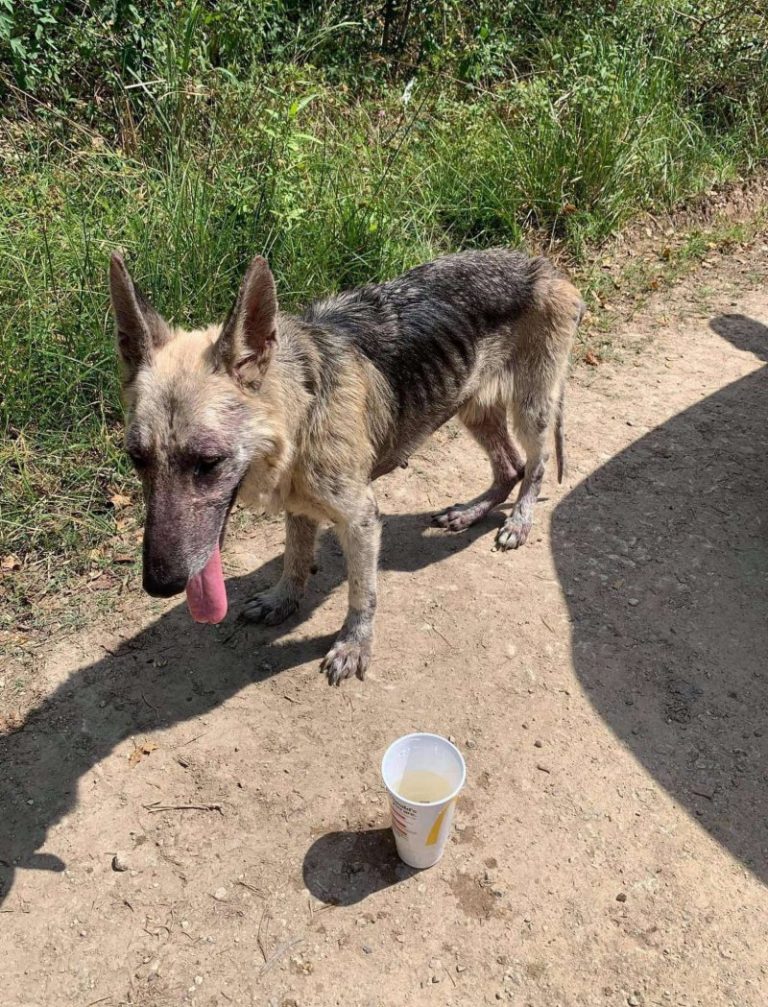 Local volunteers reacted very quickly and immediately took the dog away. She was then taken to the vet for a checkup. There she was given the name Athena. After examination, it became clear that she was about 6 years old. She was found to have many parasites and a severe form of scabies. 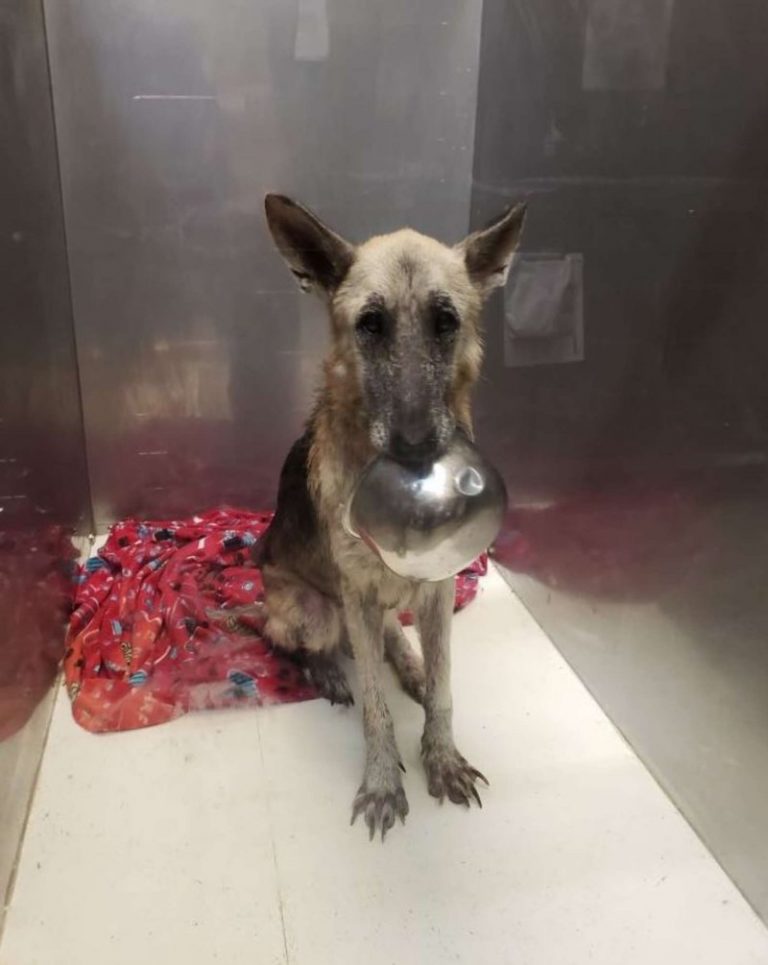 Athena had a tightly clamped collar around her neck, which prevented her from breathing calmly. After it was removed, she immediately showed her gratitude for her appearance and behavior. 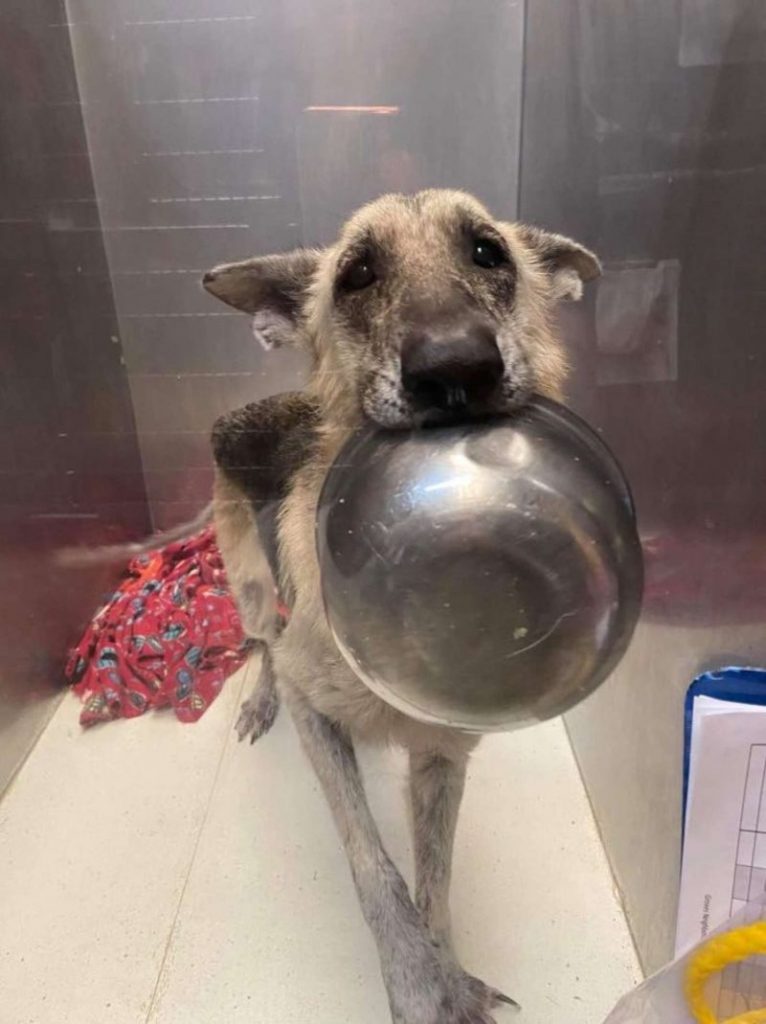 Athena had an interesting habit, she always took a bowl in her teeth when she felt hungry and did not let go until she was fed. 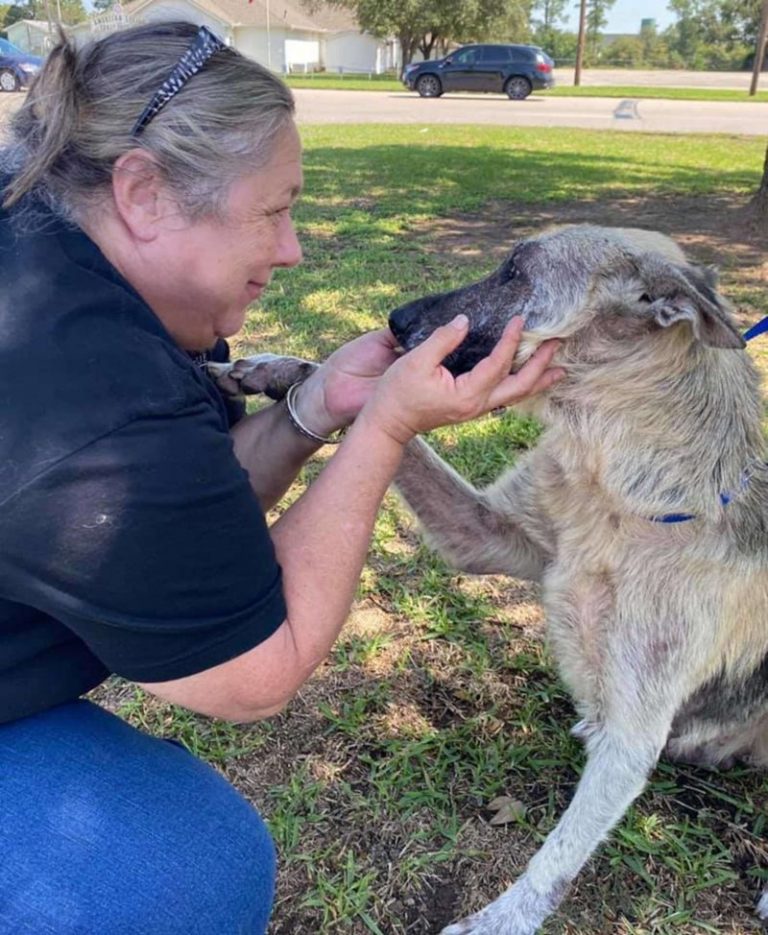 Now she lives with the workers of the shelter, who are doing everything possible so that she fully recovers and begins to trust people again. We wish her a speedy recovery and faithful owners.