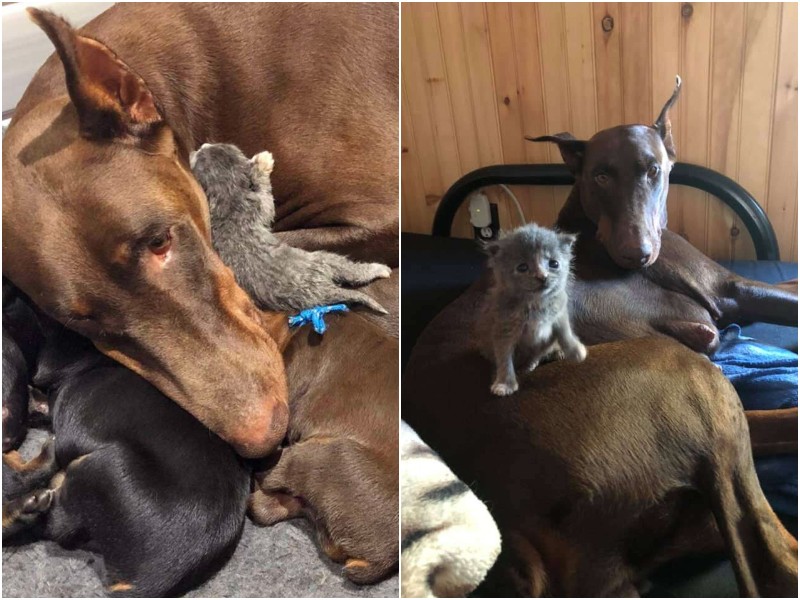 A mother’s heart is full of love – so much so that she will love not only her children. When the owner brought a tiny orphaned kitten from the street, her dog Ruby immediately trusted her instincts and began to take care of him.

American Brittany Callan heard a thin squeak at her aunt’s garage – and coming closer, she saw a tiny kitten crying and asking for help. The woman immediately decided that the mother would soon return for the kitten – and left it in a conspicuous place. 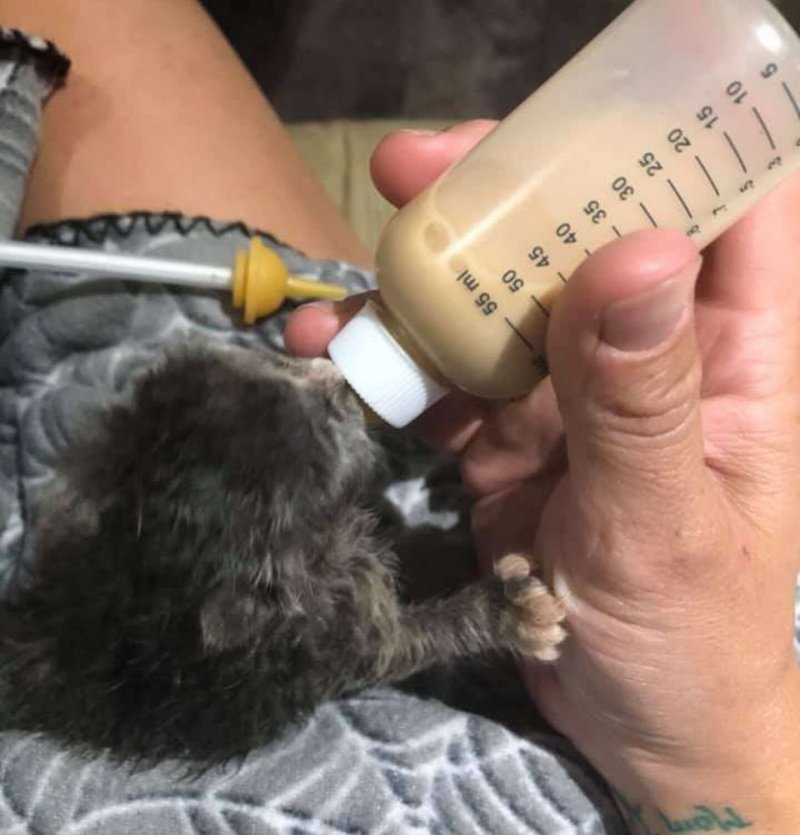 A few hours later, the mother cat never returned, and Brittany decided to take the kitten to her – not to leave him to the mercy of fate … At home, a Doberman named Ruby lives with a woman, who recently became a mother. As soon as she saw the kitten, she could not contain her maternal instincts. 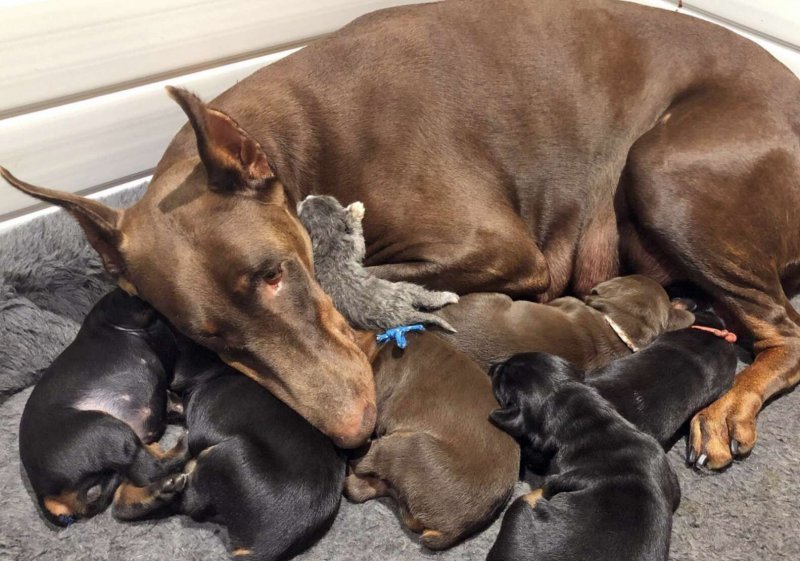 As if sensing that the kitten needed maternal care, she began to carefully care for him on a par with her puppies. According to the owner, Ruby has always loved babies:

“We had little rabbits and guinea pigs, and she licked them like she was their mother. She carried the rabbits in her mouth and hid them on the sofa as if they were her babies. She even tried to feed them,” says Brittany. 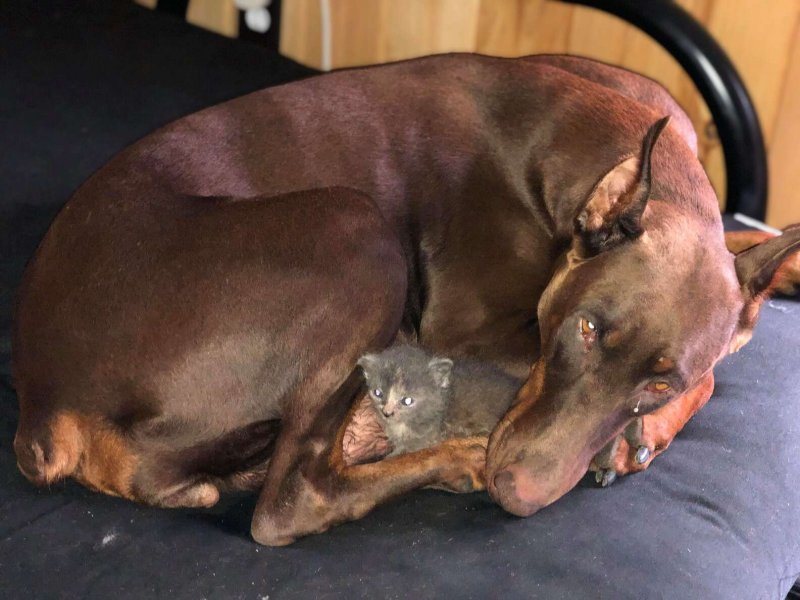 Mommy Ruby immediately took up the education of the kitten and even fed him with her milk. Although her puppies were already three times the size of a kitten, they are all her favorite babies. 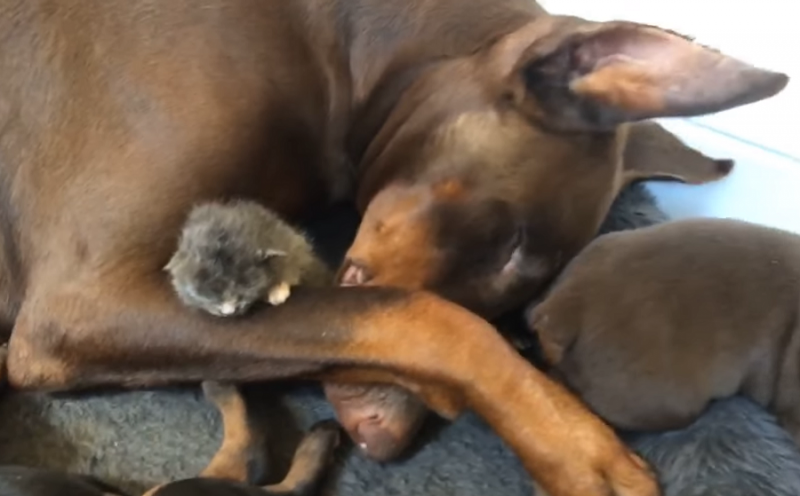 Now Ruby doesn’t feed her puppies anymore, because they have grown up and eat solid food – but she never let go of her little kitten! She is always by his side and even guards his sleep while he sleeps. That’s how big a mother’s heart can be. 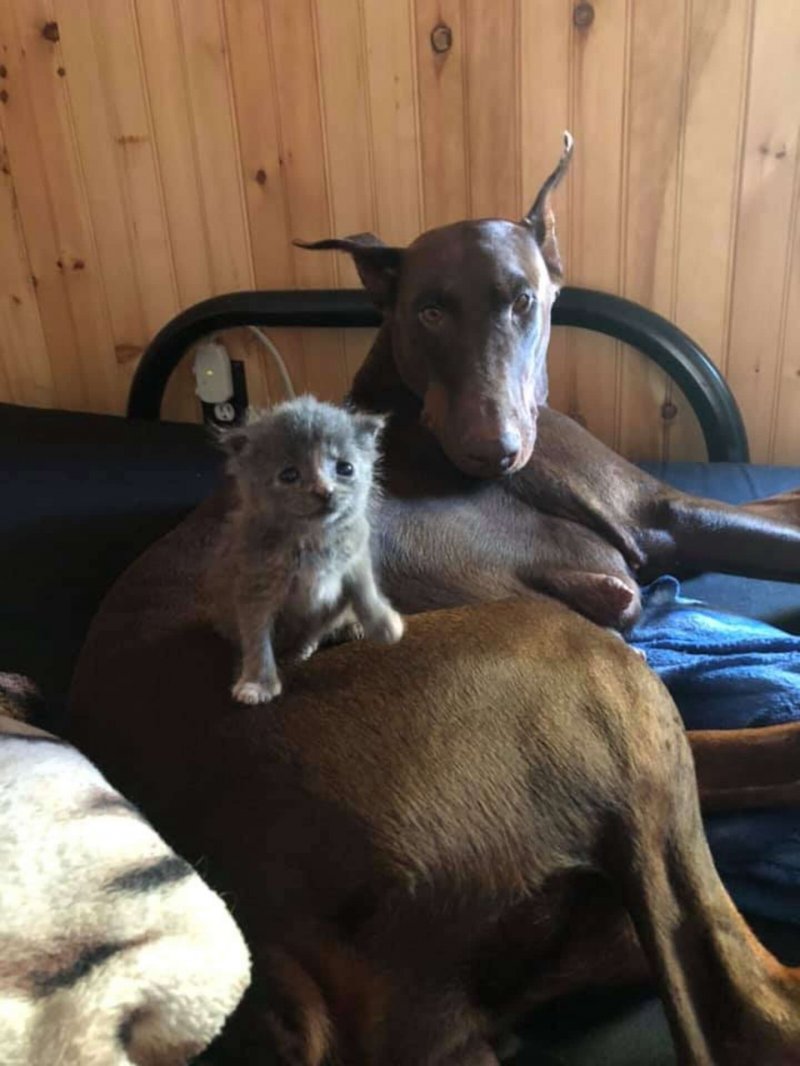