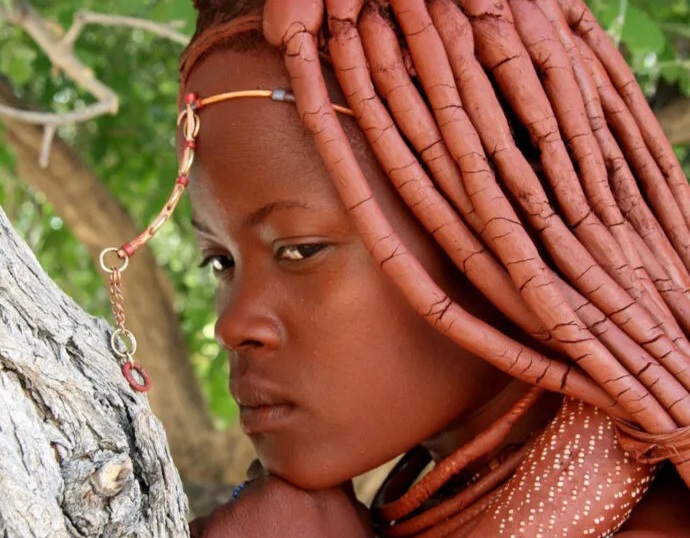 The Himba people live in the northern part of Namibia. They still follow ancient traditions. 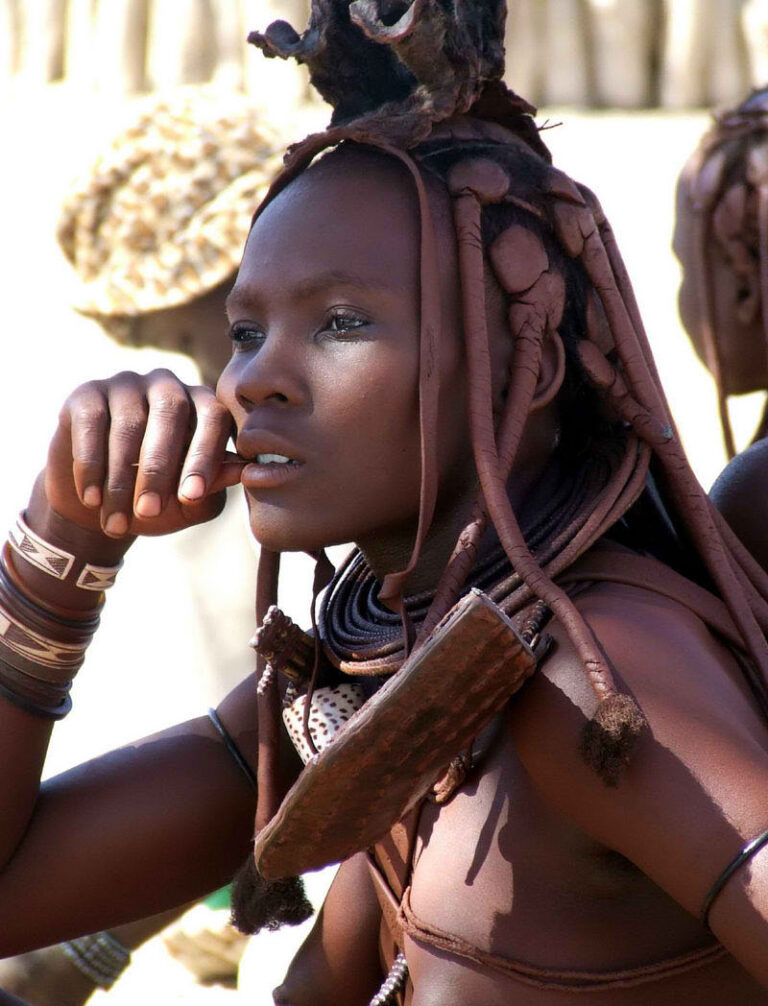 They roam the lands of Kunene State. The climate here is difficult: daytime temperatures reach 60C, and frost falls on the ground at night. This is due to the proximity of the Namib Desert – the oldest desert on Earth. 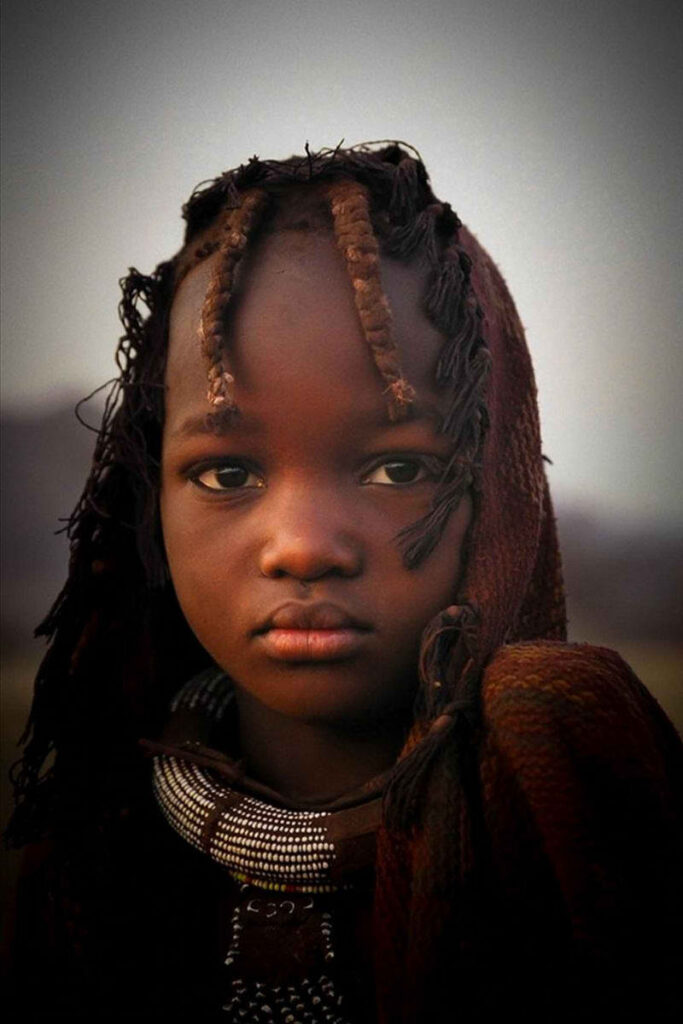 The Himba people came to this region from East Africa many centuries ago. There used to be a very large number of tribes here, but in the middle of the 19th century they split up, the separated tribes came into contact with Europeans and became known as Herero. The remaining tribes retained their orthodox traditions, and the Namibian authorities granted them a special status. The law in the territory of the tribe is valid only with the approval of the Himba leader, whom they call the king. 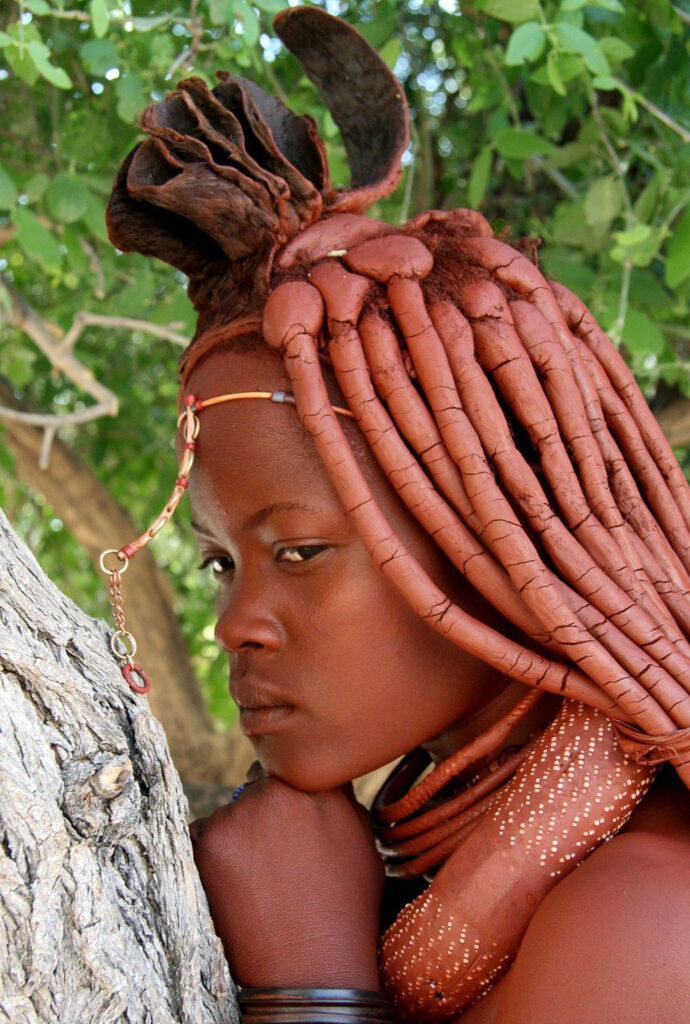 Their main occupation is cattle breeding. The Himba tribe breeds cattle, goats, and sheep. The number of livestock determines the social status of the tribe. Cattle are a kind of “currency”. Himba people are not interested in money, they just do not need it. Himba households have no need for consumer goods. The only thing they use is water canisters.

The life of the Himba people takes place in the kraal on a round platform. In the center stands a cattle barn, surrounded by countless huts with round or square posts covered with thatch or thatch. The “house” has no furniture, and the owner sleeps on a straw mattress. 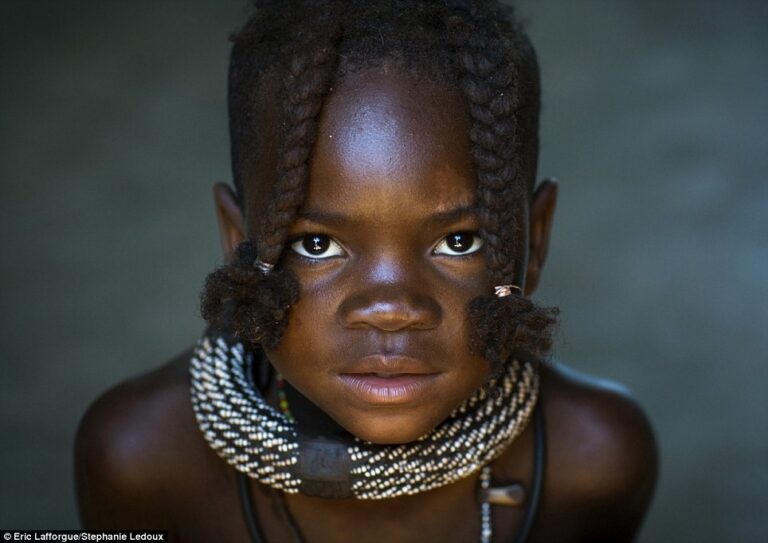 When the pastures become unusable, the tribe moves to another place. The settlements are far from the sources, so foreigners do not know where the Himba residents get their water from. The authorities have dug artesian wells to make life easier for the people. But the tribe believes that the water from this well can only be used for livestock. 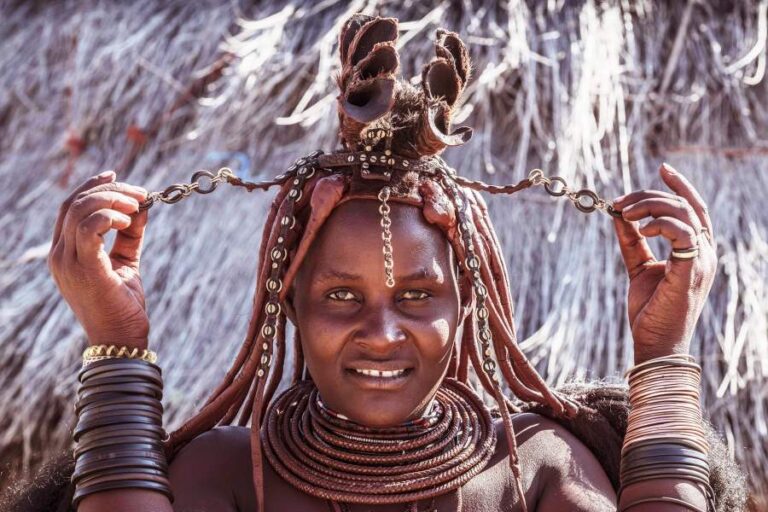 Bathing is not a common practice in this tribe. In the course, they have a special ointment. It is made from cow butter, herbal extracts, and a fine powder of bright red volcanic pumice. The ointment is applied daily to the skin and hair. By the way, it is with the help of this ointment that girls make their hair. This remedy also protects the body from sunburn and insect bites during the day. Then in the evening, the ointment is scraped off and cleaned. So the Himba people observe a kind of hygiene. Interestingly, the skin of the people of the tribe is in surprisingly good condition. 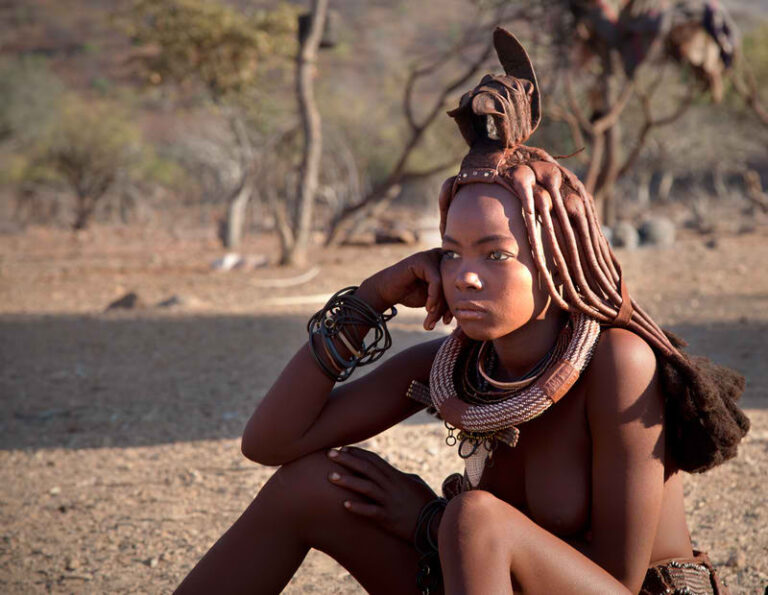 Most of the tribes read, count, write their names, and know English phrases. Most of the housework is done by women. Tribes raise their children together and do not separate their children from others. Men are mostly engaged in the extraction of volcanic powder, which is used to make ointments. 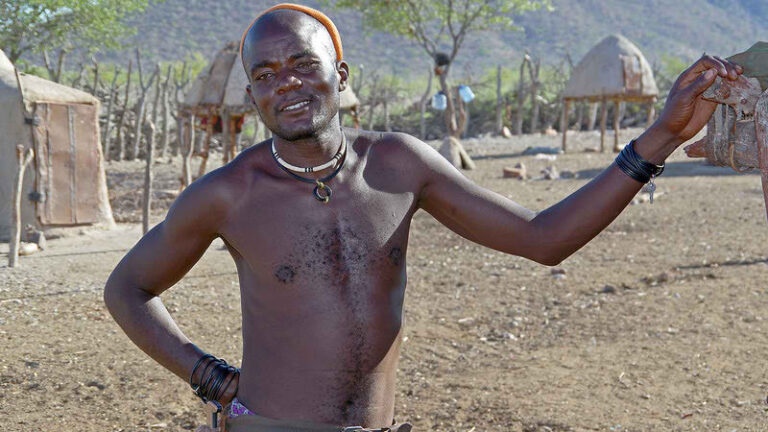 If tourists want to buy souvenirs, they should only contact women, this is a kind of matriarchy. Now multi-colored plastic bags are very popular. For these bags, the inhabitants of the tribe are ready to offer anything. 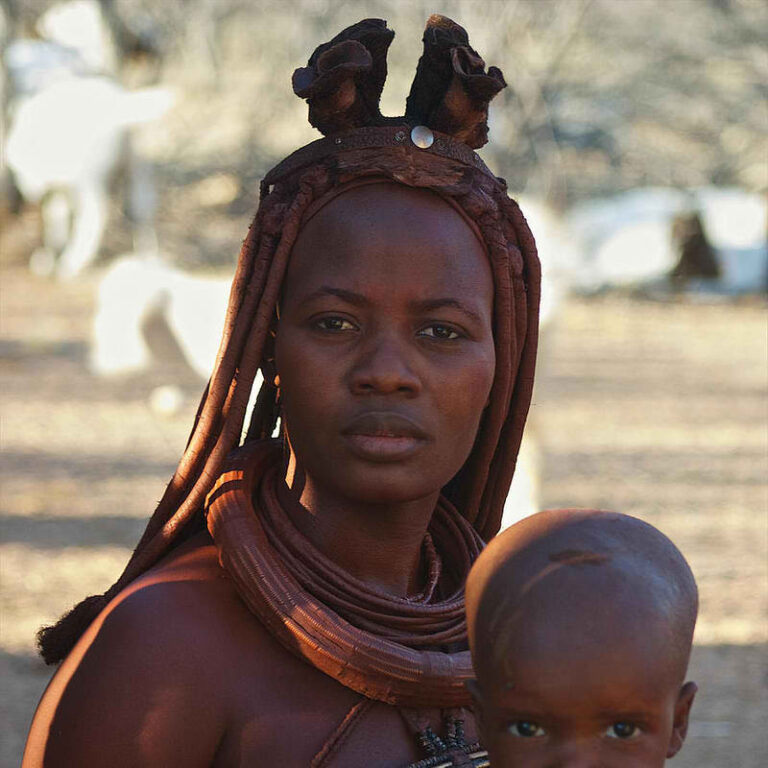 Himba people live up to 70 years, and sometimes up to 100 years. 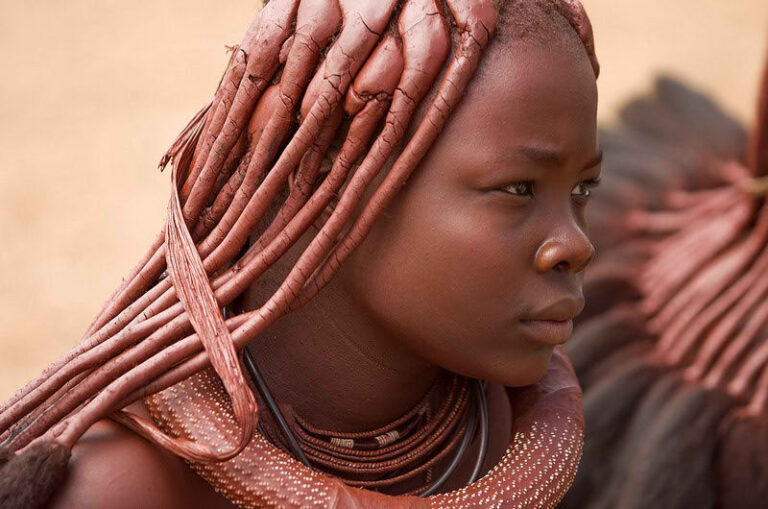