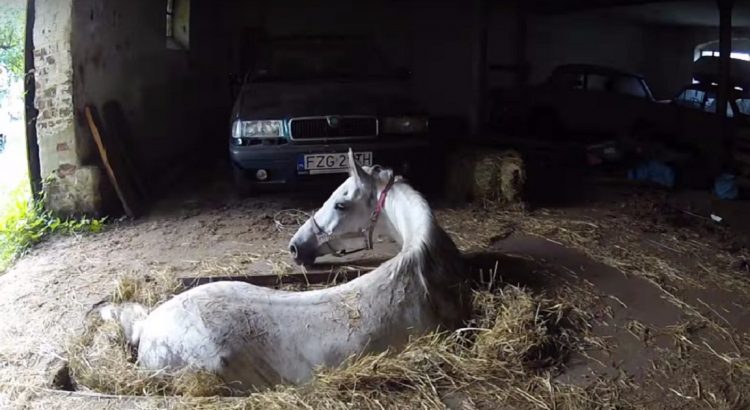 Marek Solodkowski from Poland has been breeding horses for 10 years. But even such an experienced breeder was not ready for what happened recently.

Entering his barn, Marek saw something that shocked him. One of his horses, named Liberty, fell into an old car maintenance pit and couldn’t get out.

The man began to quickly think of a rescue plan, and soon he had an idea.

Marek began to throw hay into the pit, believing that the horse could use it to get out of the trap. Unfortunately, this plan didn’t work. Realizing that he could not cope on his own, the man called the fire department. 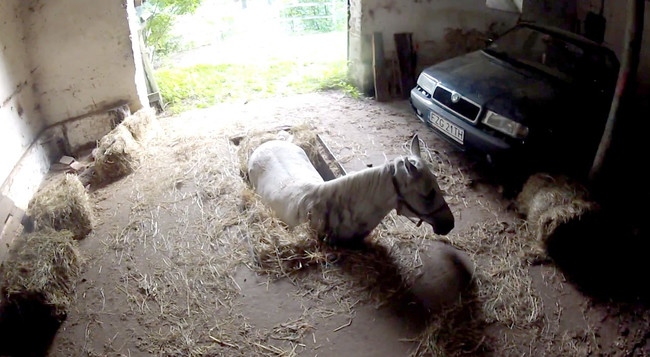 Together with firefighters, almost all the neighbors came to the rescue. But even such a huge number of people could not help the poor horse. After a few hours, Liberty began to lose strength. 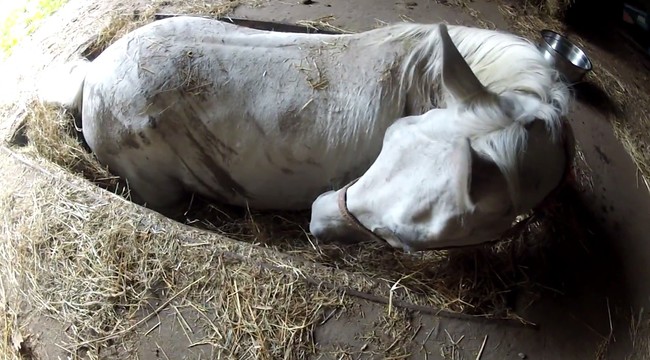 All this time Marek tried to support his horse. He stroked her and repeated: “Don’t die, just don’t die… Everything will be fine! 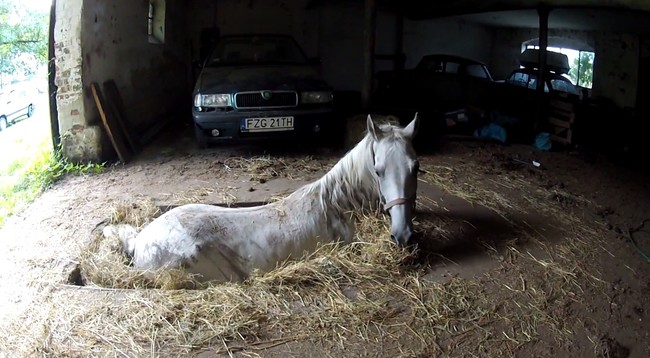 “When people began to despair, the unbelievable happened! The exhausted horse, having gathered strength, began to rise to his feet. With incredible effort, she managed to pull her front hooves out. 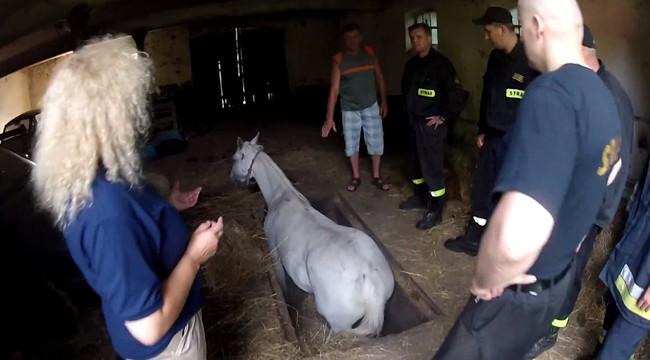 Seeing this, people again rushed to her aid. Incredibly, by some miracle, Liberty managed to get out of the trap!

Marek was stunned because by that time the horse was already very weakened. The man thought it was the end, but Liberty was able to do the incredible! 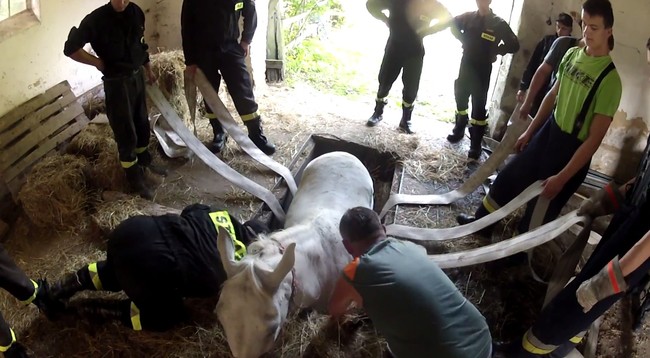 It’s amazing how important human support is for animals! 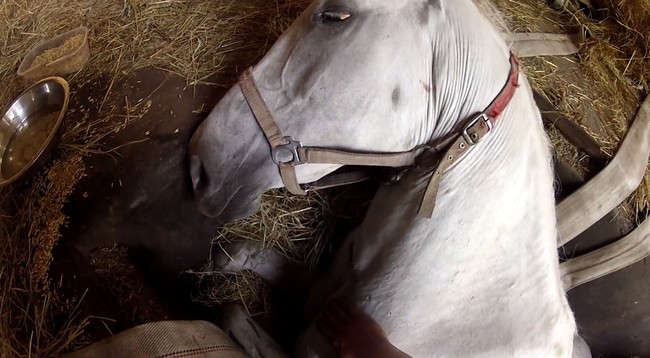 Marek was always near the horse and spoke words of support to her, which breathed energy into her!

This horse is lucky because its owner will never leave it in trouble!