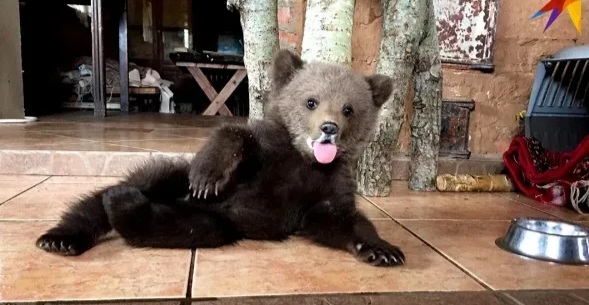 Bears, like pets, require attention and affection. And so it happened in the Borisoglebsk region. The little bear needed the help of a man, and she went out of the forest to ask for help from the man.

Nikolai Terletsky is a former jeweler and now a farmer. He was a very sought-after jeweler in Poland. But he decided to change his life dramatically and in 2003 he bought a small house near the lake, where he spent his carefree childhood.

After 20 years, there is nothing left of the reservoir. A garbage dump has grown in its place, although according to documents it is listed as a lake with a dam. The farmer did not give up, but cleared the area of ​​debris and dug a large pit.

There are a lot of springs and reservoirs near the farm. Therefore, wild animals often appear on the outskirts of the village. Some come to the watering place, and someone goes to people for help. The farmer recalls that a young deer came out to the village, he went out and handed it over to the reserve.

Other wild animals often visited the farm. Lived on a farm with a boar owner. The owner owns birds of various kinds, pigs, and a bull. 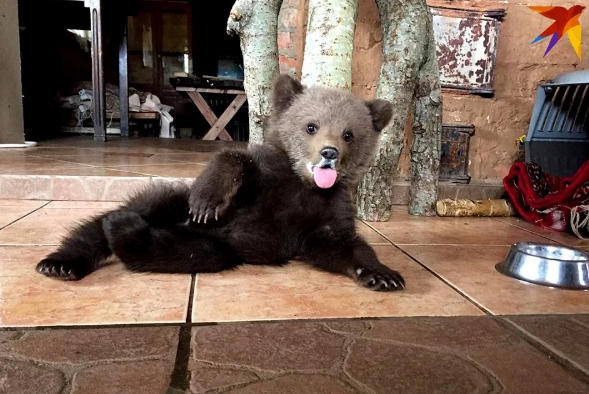 The farmer’s assistant, walking around the farm, noticed a small bear cub at the edge of the forest. The animal showed no resistance to the man and behaved, calmly letting him take it in his arms.

At a cursory examination of the baby, he was given 1.5-2 months of age. He was thin and weak. When examining the animal by a veterinarian, it became clear that it was a girl and she was 3 already 3 months old. She was weak because she was starving. The farmer decided to name the girl Vasilisa, but all the inhabitants began to call her simply Vaska. 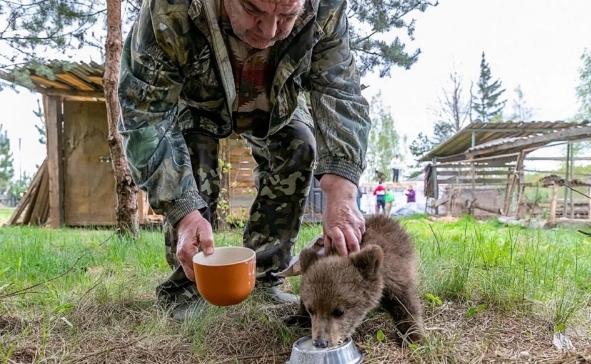 The she-bear grew up very lively, and realizing that she was the most important here and all the privileges would be hers, she began to drive even local cats.

It is impossible to keep a wild animal at home, and farmer Nikolai understood this. The animal is listed in the Red Book of Belarus, and the state should look after it, so he decided to call the authorities asking for help with the animal. A large commission has gathered to decide the fate of the little animal. They decided to either return the animal to the forest or euthanize it. Nikolai did not like the decision of the commission, because both options are ruin for a she-bear. Then he began to seek help in zoos and circuses, where he was informed that the animal was still quite small and she still needed to grow up.

Everything went very well. The man received an act on the content of a wild animal. In raising little Vasilisa, he is helped by friends – a veterinarian and a local snort trainer. 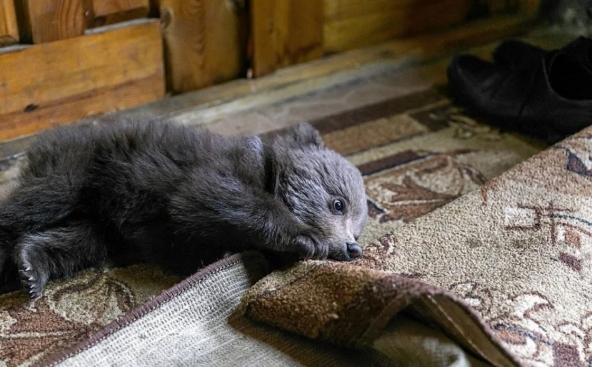 Sweet life with a wild beast.

Nikolai understood that life with a wild animal would not be sugar. After all, it is a growing organism that learns everything around itself. Somewhere it will gently bite its owner or make a rustle in the yard. But most of all Vasilisa loves long walks around the pond and good food. Without animal instincts, nowhere, so a bear roar rolls through the village. The farmer became very attached to the gift of fate. Therefore, he is thinking of building an aviary for her pet to live on his farm. After all, he understands that in the wild it will be very difficult for her to survive, and he does not intend to give it to the circus. 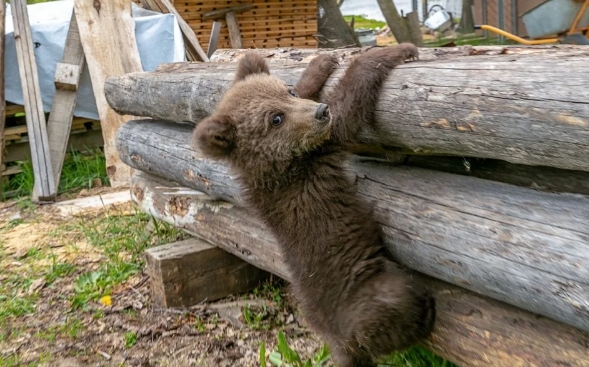 After all, this is not an isolated case when wild animals come out of the forest help to people and stay with their saviors. A small bear came out to the Oreshkovo airfield, which remained to live in the hangars of the airport, among the pilots and engineers.

What would be your reaction to a little teddy bear? Would you be able to turn it in or would you keep it? Waiting for your comments.