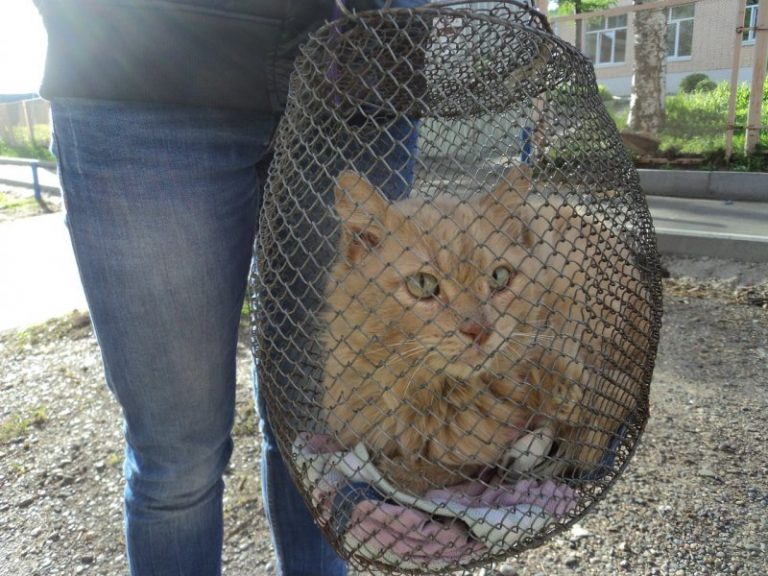 Once upon a time this cat, named Pushin, lived in the house, he never starved and was not subjected to cruel treatment. But at one point, his former owners decided to get a chihuahua dog, and the old pet was kicked out into the street.

For more than a month, Pushin wandered the sidewalks and basements, malnourished, and slept anywhere. But one day luck smiled at him and Sabina noticed and took pity on him. 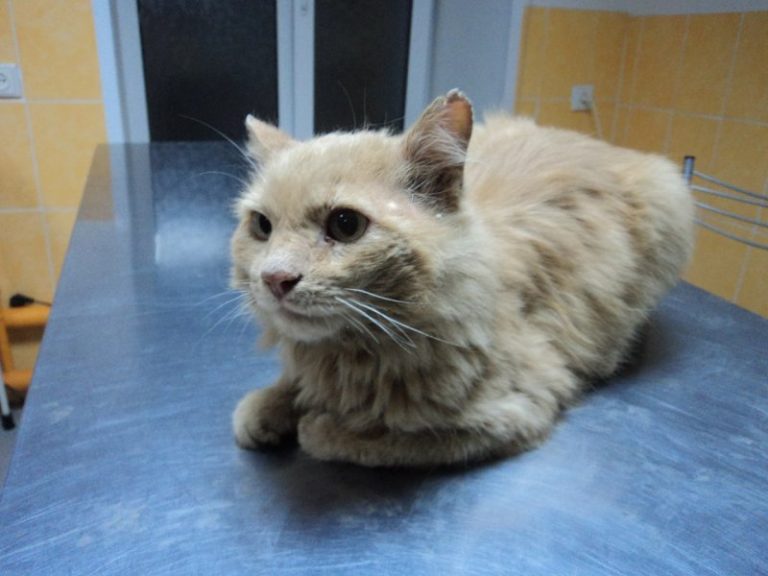 She could not pass by the poor animal and immediately took him to the veterinarian for an examination. Life on the street has a very negative impact on the condition of the cat. His heartbeat was disturbed, his teeth began to fall out, and besides, the cat developed lichen. The doctor said that all this is curable, but Pushin needs care and peace. 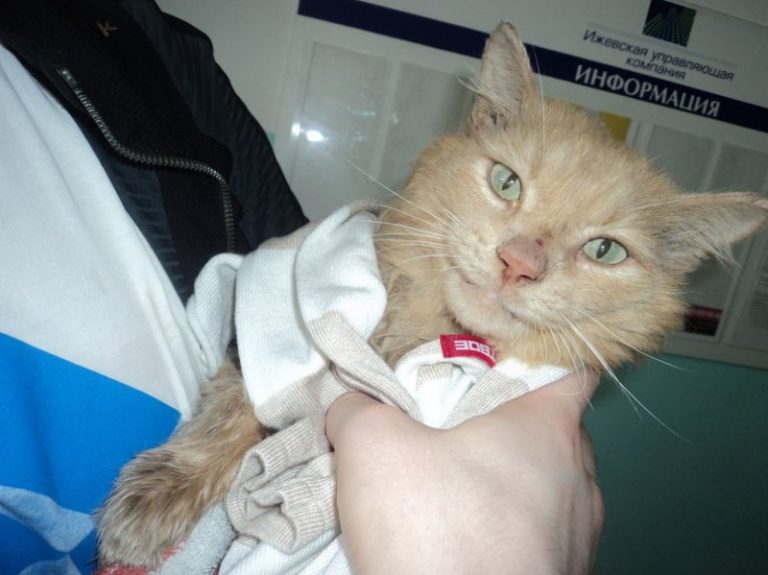 At first, the ginger was very shy and wary, but after a while, he adapted and understood that they wanted to help him. Pushin turned out to be a very affectionate and gentle cat. Thanks to the efforts of the veterinarians and the guardian, he began to recover, began to gain weight, and the coat became thick and fluffy again. 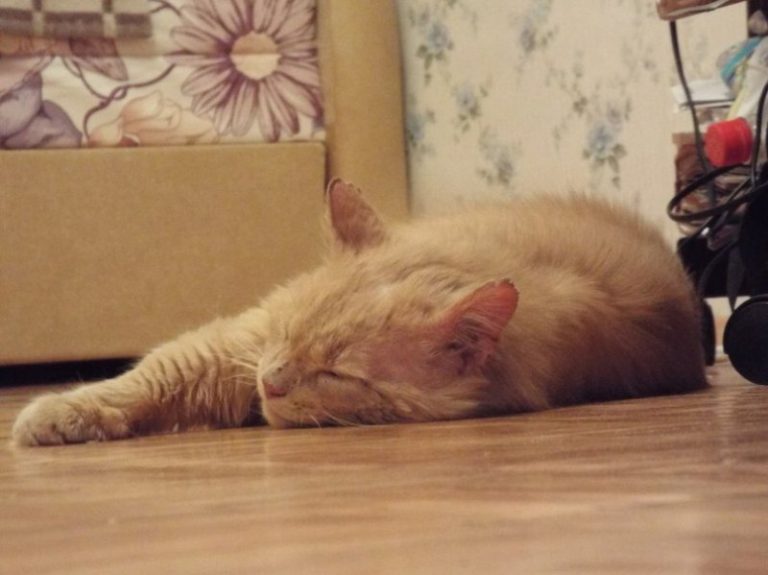 How good it is that in this cruel and unfair world, there are such kind and sympathetic people who are ready to help a defenseless creature for free.