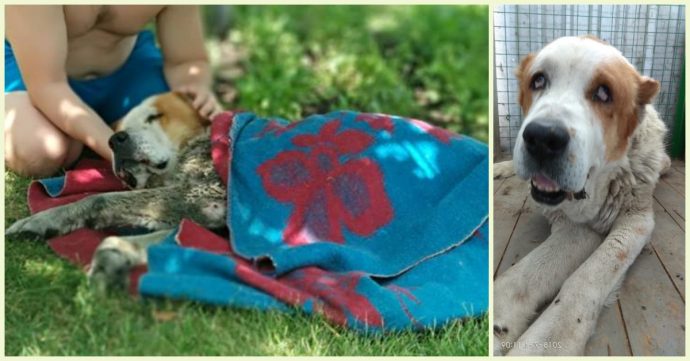 It happened quite recently, on a Friday summer day. The weather then was unfriendly, gloomy, and wet for a week … But people did not know that this rain would become a transparent wall separating a sad incident in the life of one old Alabai from future joy! 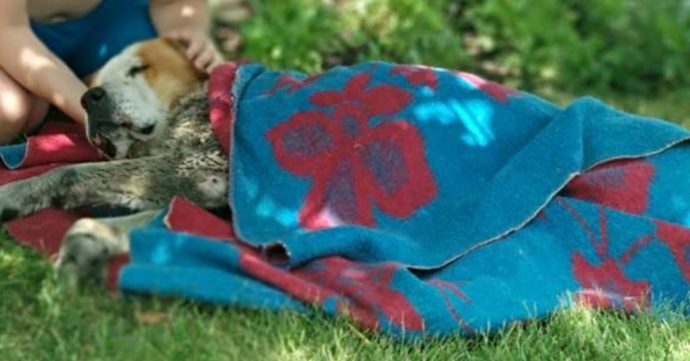 It all happened in the area of ​​​​the dacha cooperative in the village of Krivushi (not far from the city of Kremenchuk). On June 29, four people – Denis, Natalya, Alyona, and Ruslan – accidentally discovered a large dog that was lying motionless in a swamp. The guys began to call the dog, but he only looked at everyone with sad eyes – it turned out that his hind legs were paralyzed. It was noticeable that the animal had been lying there for more than a day or two, under a cold downpour and completely without food …

Then the rescuers brought a blanket, put the pet there, and took it to their dacha. It seemed that the animal was dying – even its head doomed sank to the floor and did not rise anymore… One of the young people immediately called the temporary animal detention center, where a few hours later the Alabai was transported – under the auspices of the famous animal rights activist Marina Kozhushko. 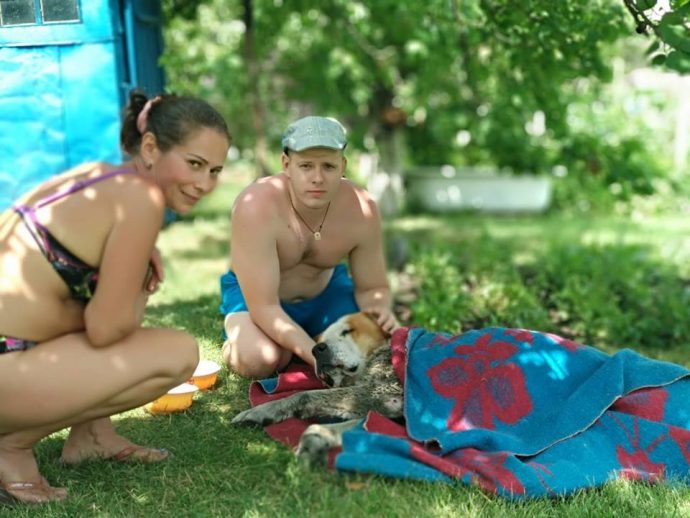 The dog was named Giant. It was clear that the dog was already old, he was 10 years old, no less. Volunteers suggested that he fell ill, turned out to be useless in the household, and was thrown out as unnecessary to the backyards of the Krivushensky country houses … 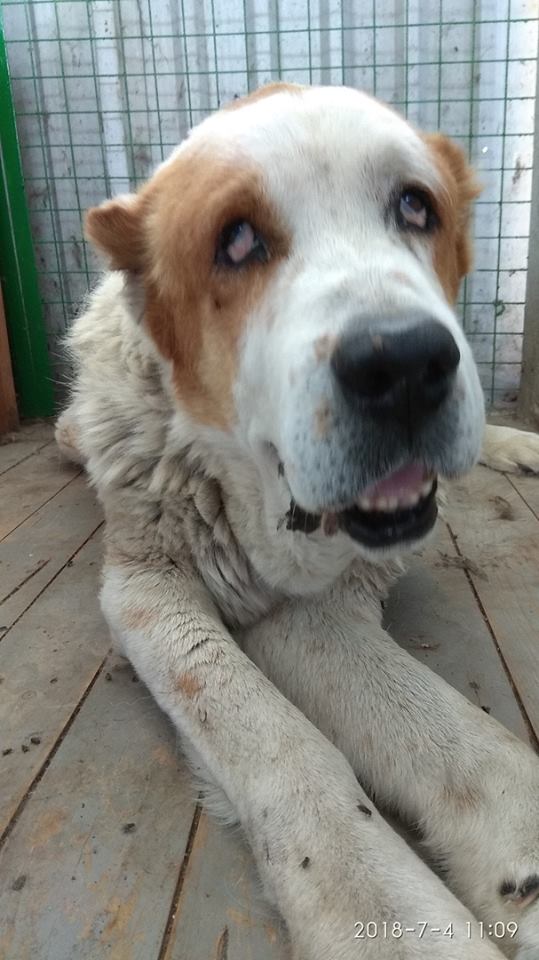 The veterinarian reported a depressing diagnosis: paralysis of the limbs was complicated by hypothermia, exhaustion, and stress. It took a huge will to live in order to get out and defeat the disease!

The shelter staff almost cried looking at the Giant: such a noble animal, beautiful, smart, faithful – and suffered so much … And then the volunteers connected to the treatment the best medical tool that they had in their arsenal – universal love! 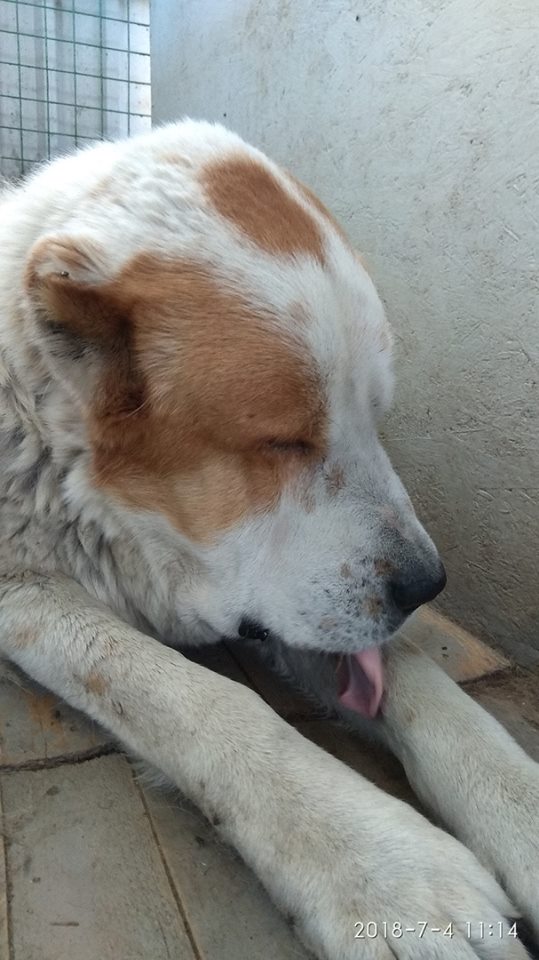 Not even an hour passed without visitors coming to the Giant – someone fed, someone stroked, someone did procedures or patted him behind the ear, telling the dog about life in the shelter. And, you know, it worked! 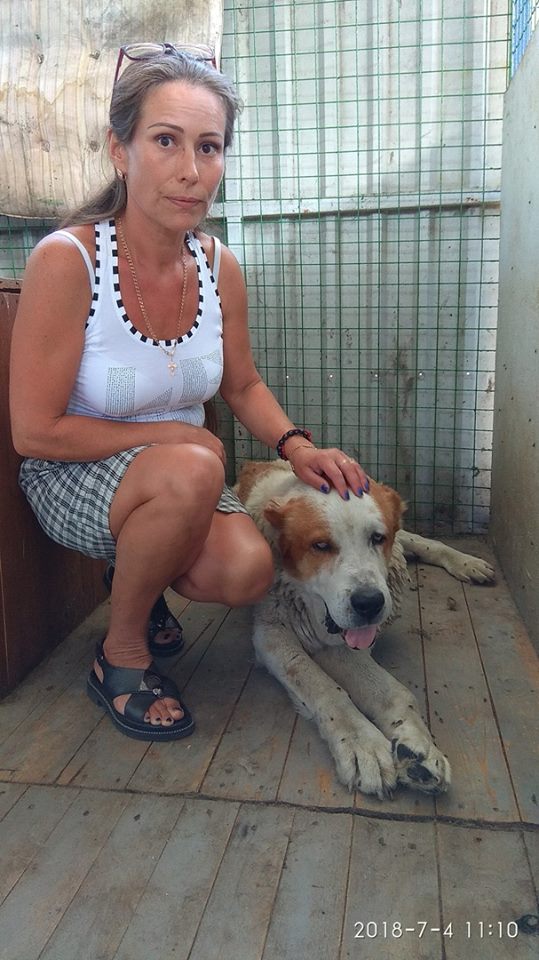 Already on July 2, the dog was unrecognizable. The dog cheered up, came to life, and, most importantly, suddenly stood up on his paws!!!

Can you imagine such a miracle? 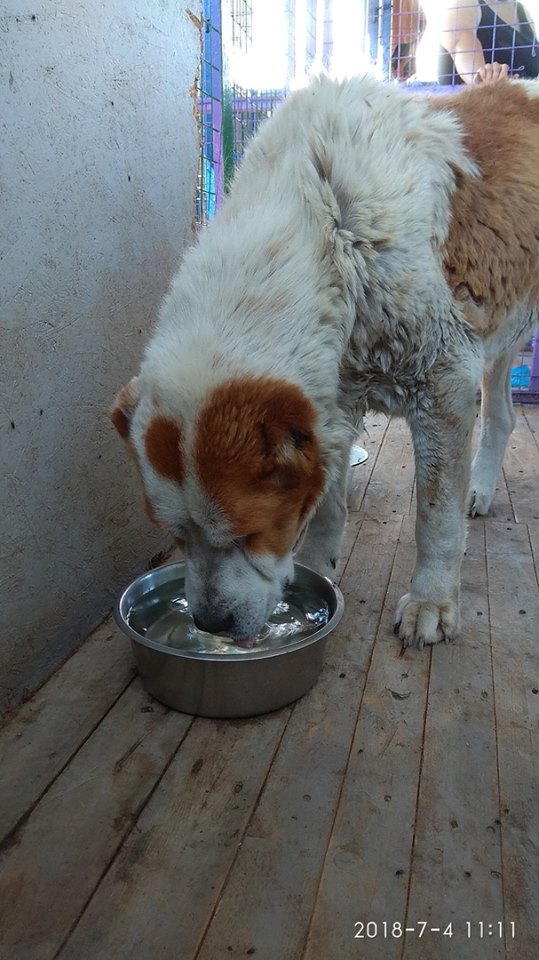 Today, the Giant is a wonderful dog with a good appetite, who loves to walk around the territory and actively “talk” with other four-legged animals. But his gaze is still sad and as if waiting – the very long-awaited and beloved person is about to come out from around the corner …

The workers of the shelter, just like the Giant, have a small ghostly hope. Is this some kind of weird misunderstanding? Suddenly, the Alabai just got lost and fell ill from grief? Suddenly someone somewhere is looking for him and waiting for a home? 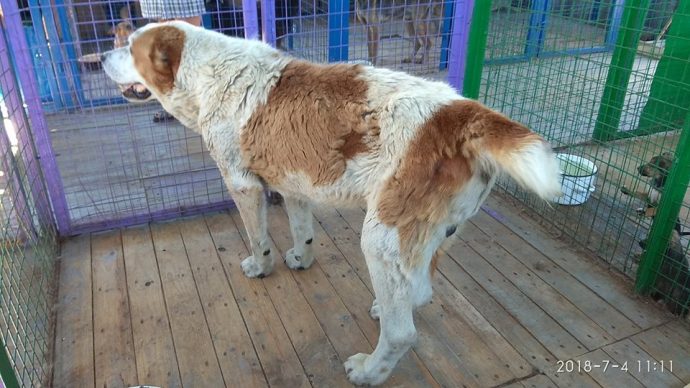 But so far, the search for the owner has not led to anything. They don’t recognize this dog in the country houses … Therefore, the employees of the Special Service, where Velikan now lives, ask you to provide any useful information about the dog by calling 067 203 21 97. 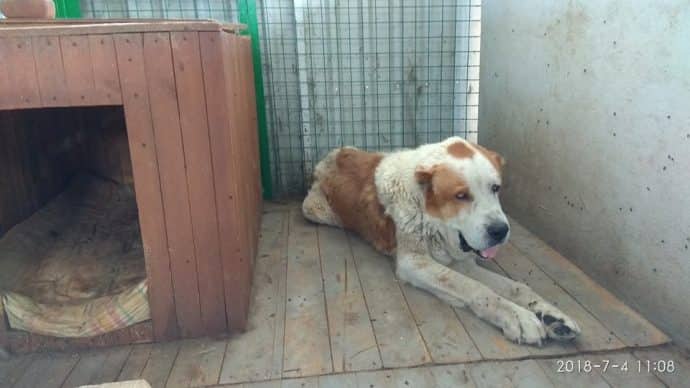 We really hope that this story, like dozens of others like it, will have a happy ending. And if the owner of the dog is not found, then someone who will be able to provide her with a decent old age will come for her!

After preparing the article for publication, we became aware that the wonderful boy found an owner! It turned out that the Giant’s real name was Oscar, and he really got lost.

Hooray, he was not betrayed!

Oscar is 12 years old, and when he disappeared from home, everyone assumed that he had gone to die. But someone saw a post about the dog on the social network and passed the information on to the owner. The man has already taken the dog, Oscar is at home! 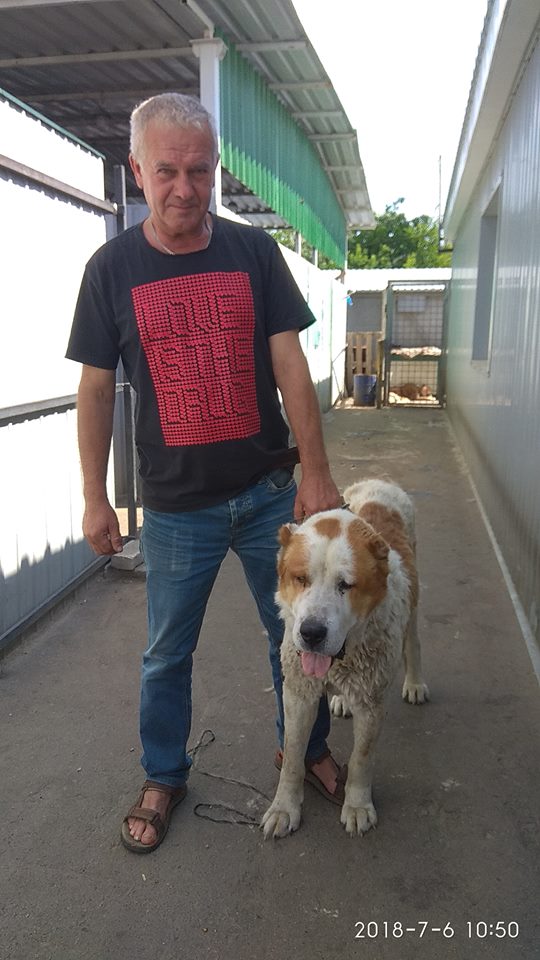