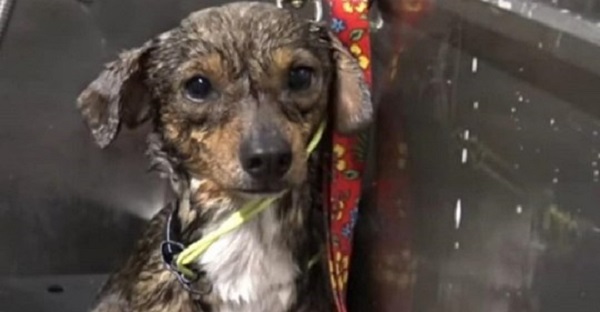 Tic-Tac is a dog that has never been spoiled by life. He was left alone and lived very close to the railway tracks … Judging by the old collar, he once had an owner, but how the pet ended up on the street is unknown! 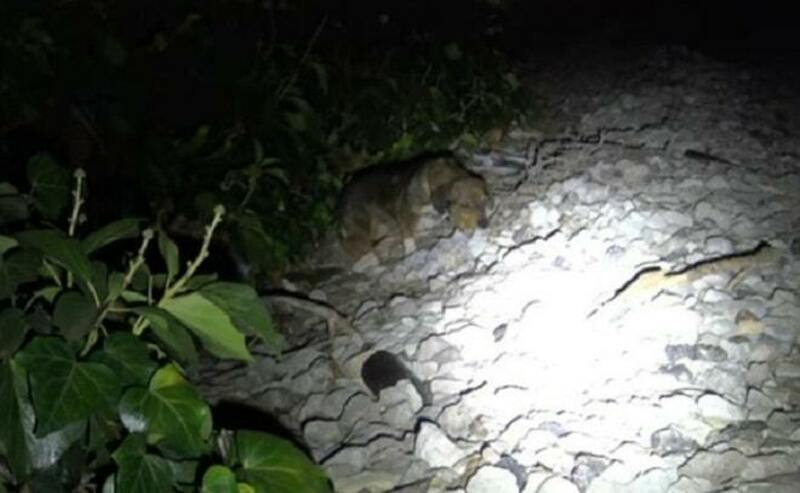 The rescue mission has begun!

Upon learning that the dog lives near the railway, the volunteers became worried. But what if the four-legged tramp gets scared and rushes to run across the tracks along which the train is rushing? No, this could not be allowed, and the Hope For Paws organization decided to take the baby with them as soon as possible. 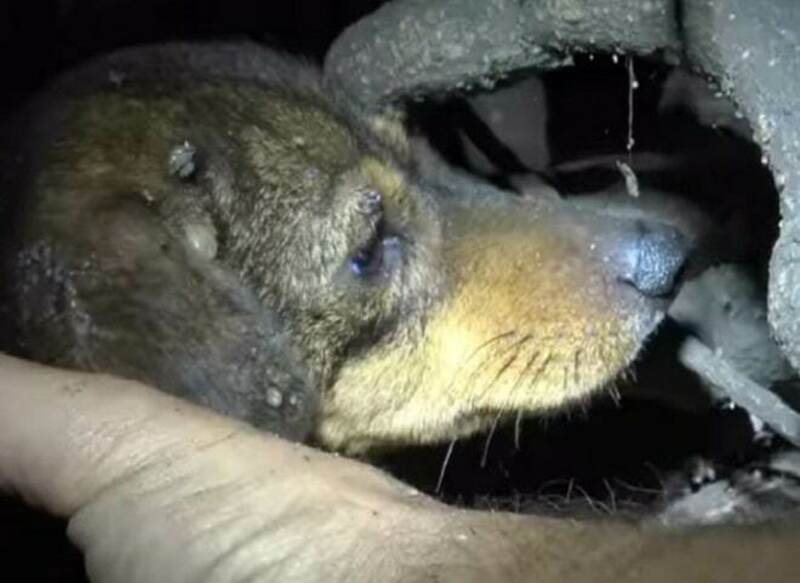 But it was not there! Seeing strangers, the dog rushed into the dense thickets and hid. The foliage was interspersed with dry branches, so it was impossible to get to the dog without getting hurt. The situation was further complicated by the fact that it was getting dark outside, and it was not possible to see exactly where the dog was hiding. And he moved further and further, not allowing himself to be reached. Climbing into the very depths, he cautiously watched the actions of strangers …

Meanwhile, volunteer Loreta tried to find a loophole to still reach Tic-Tac. She armed herself with a flashlight and a net determined to get the dog out by any means necessary.

Finally, access was found, and the volunteers were able to gently stick their hands in! They were afraid that the dog would run away, but he was apparently tired of hiding, so he let people get to him and even put on a harness! 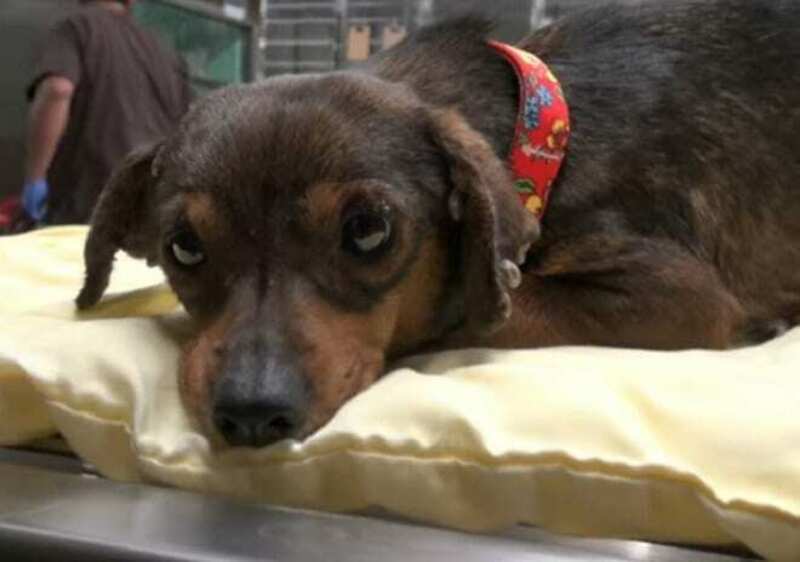 Frightened and trembling, the orphan was taken to the hospital, where they found that he was covered in ticks. There was nothing to be surprised, about because the dog lived most of the time in the grass, teeming with parasites. 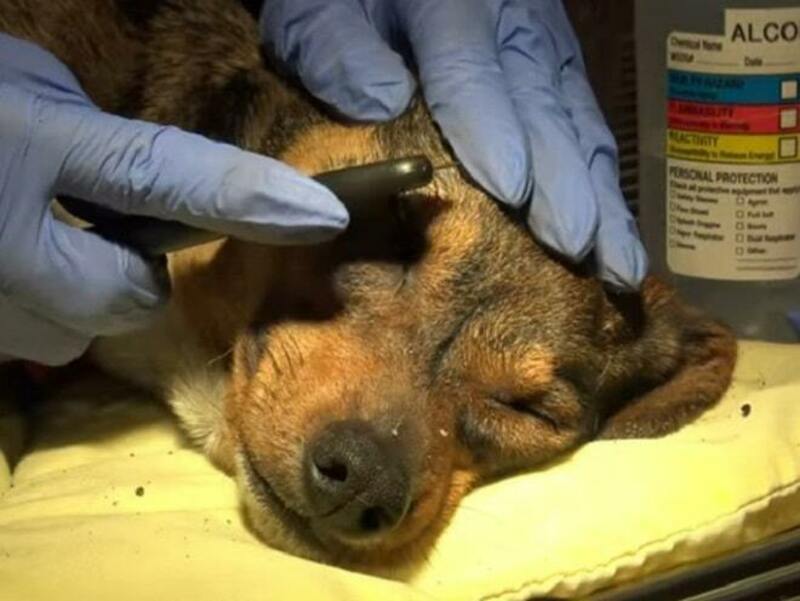 It took several hours to rid Tik-Tak of the uninvited “guests” living on his body. The dog courageously endured unpleasant procedures, looked at the doctors with sad eyes, and only occasionally closed his eyes, if it was absolutely unbearable.

“He really understood that he needed help and let us just do our job!” veterinarians said. 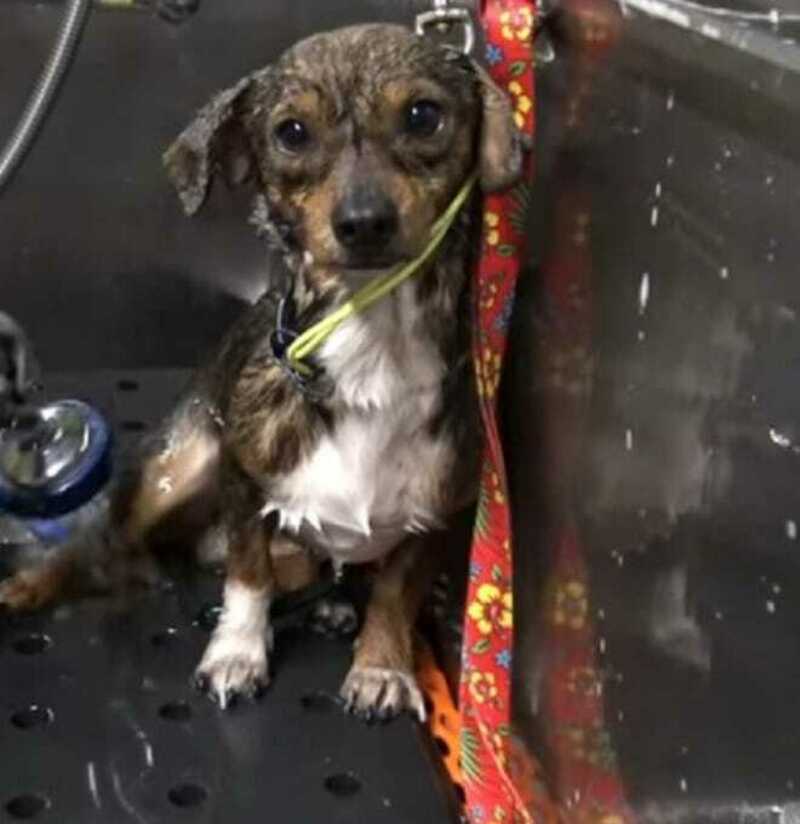 Well, then the “boy” was waiting for a shower and delicious food, which he pounced on after so many days of malnutrition …

Gradually, he settled down, settled down, and cheered up. His “dancing” tail now knows no fatigue, and Tic-Tac is ready to wag it at least all day long! They have already found a temporary home for him, where he enjoys life, but soon they will definitely pick up permanent owners who will love our hero with all their hearts! 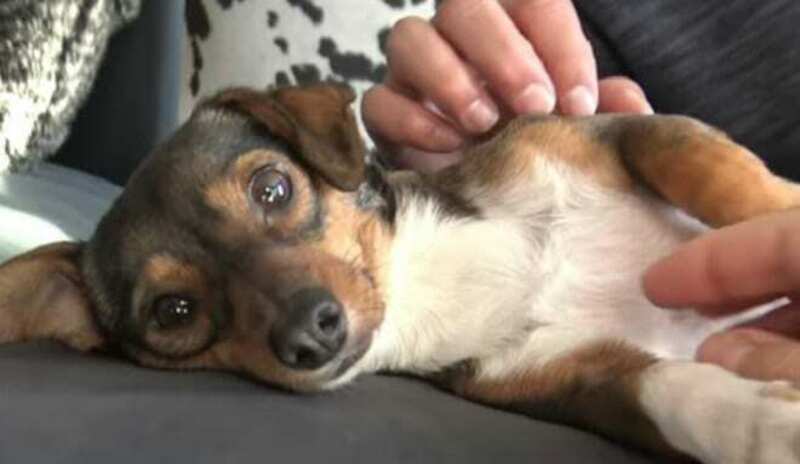