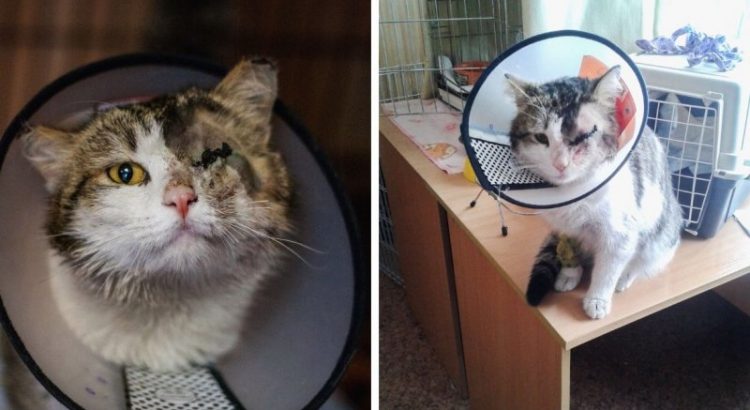 A cat named Vaska lived safely at one of the canteens in Perm. The chubby handsome cat fell in love with the workers, they fed him, stroked him, and did not drive him. But once Vaska became ill: he fell ill, began to go blind in one eye, and began to look less presentable.

The staff of the canteen decided that not the most attractive view of Vaska could scare away visitors. They couldn’t think of anything better than taking the cat to the veterinary clinic and asking to euthanize the cat. 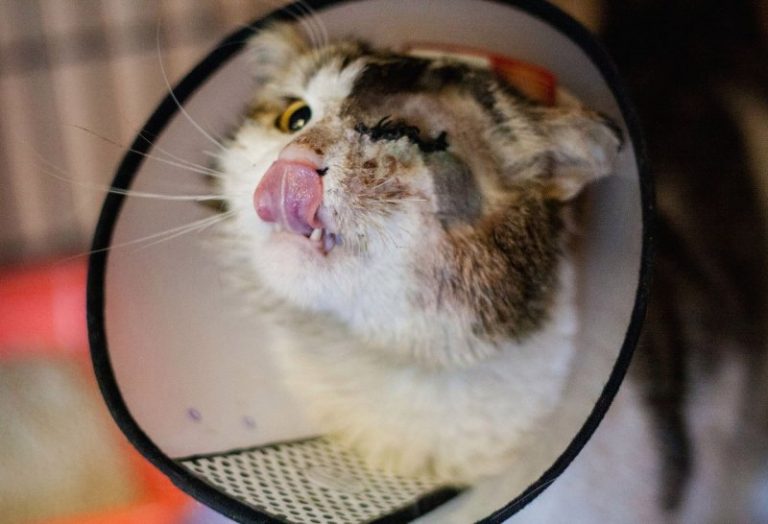 However, the employees of the veterinary clinic did not agree with this turn of events and turned to the Good Heart dog shelter for help. Despite the fact that Vaska was a non-core guest for the shelter, they still managed to find a place for him. 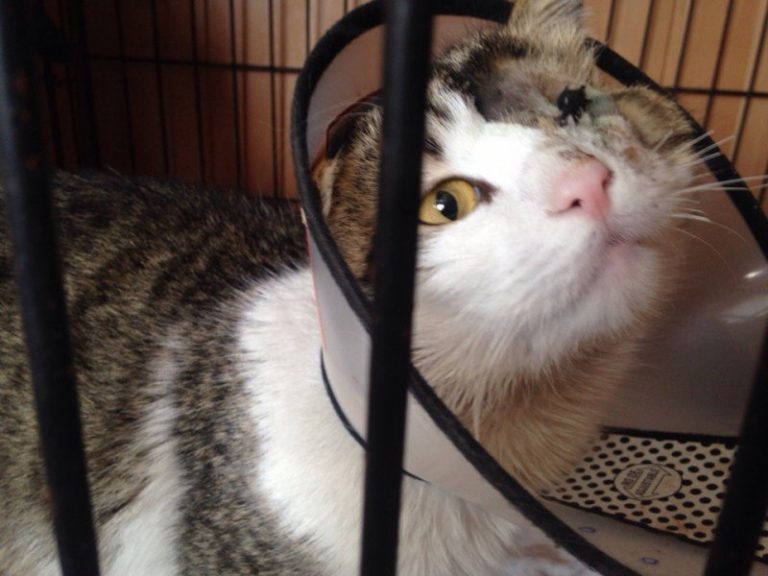 Vaska’s eye was removed, treated, and given the necessary vaccinations. The cat in a cozy and safe environment immediately fluffed up, gained weight, began to look like an ordinary domestic cat. 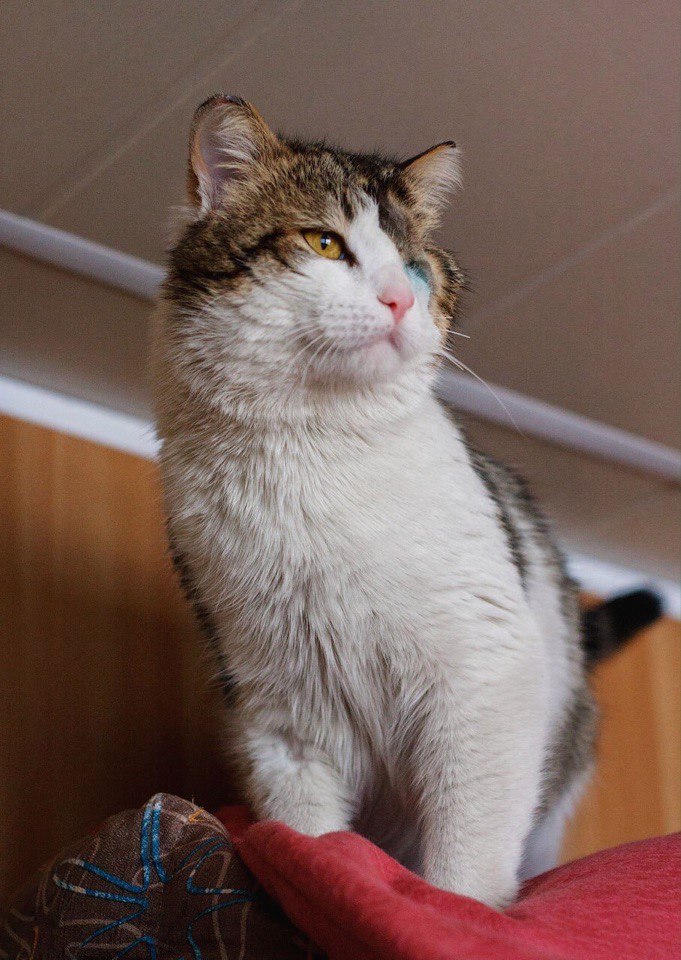 Affectionate and intelligent Vaska immediately captivated the shelter staff with his purring, good disposition. It was amazing to realize that this cat had previously led a wandering lifestyle: it was as if he was created to sleep on sofas and window sills.

Of course, the volunteers did not hope that the one-eyed cat would be quickly attached. However, Vaska was lucky: he was noticed by members of one family, which already had four pets. Despite this, they could not get past Vaska. 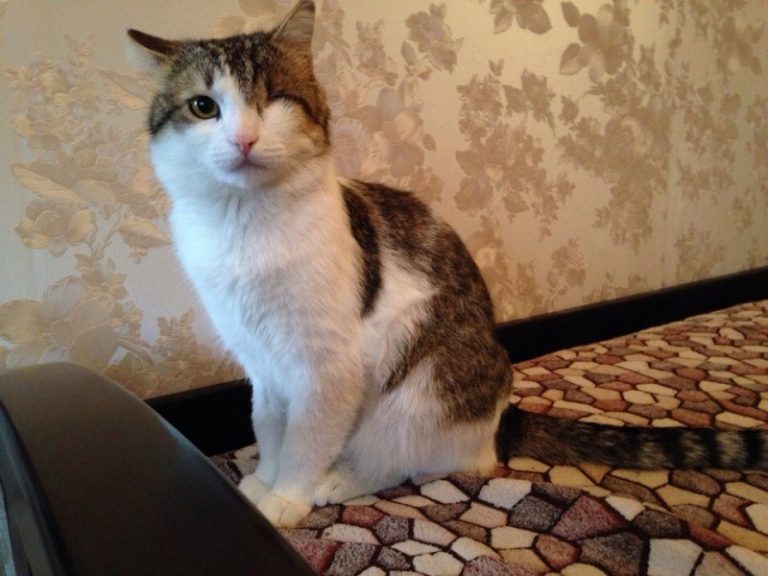 And here is a photo of Vaska after a few weeks of living in a new house! The cat quickly got used to it and became the main star in the apartment of its owners. How nice that his life was saved and adjusted, despite all the difficulties.