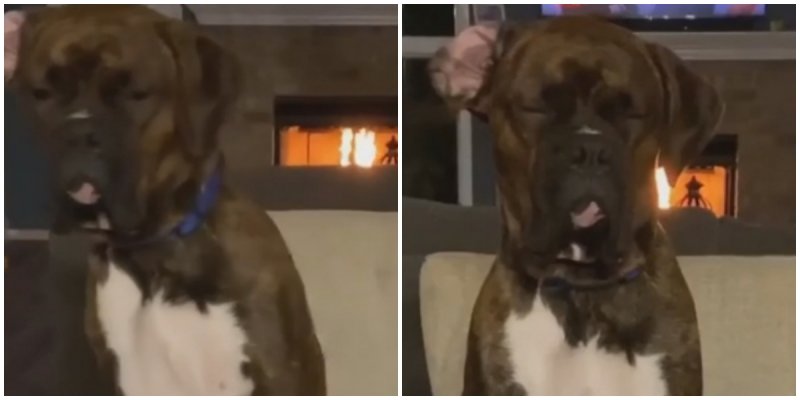 Sometimes you get so tired that you just don’t have the strength to crawl even to the bed! This dog fell asleep right at the table and he was lucky that the owners managed to grab him in time.

In the evening, after dinner, the owners of the dog were sitting and talking among themselves, when they suddenly noticed that their pet was almost asleep sitting up. Deciding to shoot a tired dog on video, no one expected that he would actually fall asleep. A man sitting next to him saved him from falling. The video appeared on the Internet and netizens began to wonder where the dog was so tired. In the comments, the owners said that the dog had to play with the children all evening.

Netizens took pity on the dog and advised him to give him a couple of days off to sleep!