We are sure that everything will be great for Julia now!

When local residents called the Los Angeles Animal Protection Organization with information about a stray wolf that walks right along the streets of the city, the employees immediately moved to the named place.

Where did the wild beast come from in the metropolis? It was hard for the animal rights activists to believe this, but, approaching the object of bewilderment, they themselves were amazed: from afar, a gloomy, gloomy wolf looked at them! 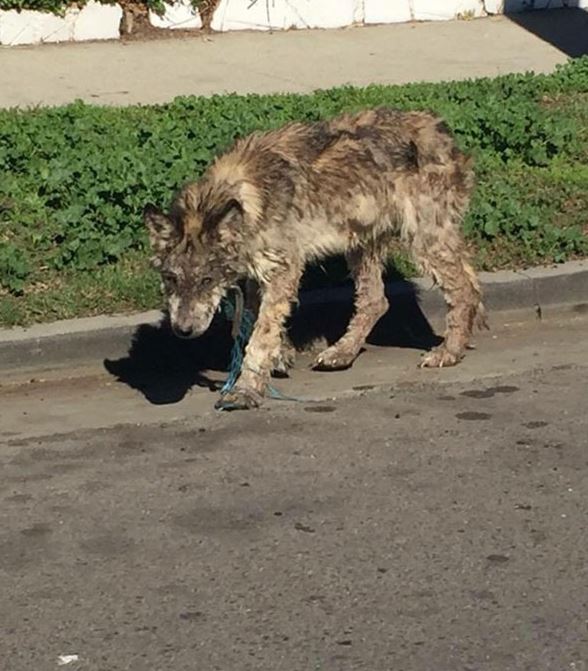 It is difficult to take control of the situation when there is a wild beast with hungry eyes in front of you. But he was definitely not going to throw himself at passers-by: all he wanted was to quickly hide in the farthest and darkest corner of the planet in order to be left alone.

However, the volunteers were not going to leave him, because they realized that this animal needed help. And only after several hopeless attempts to approach him, do people realize that in front of them was not a wolf at all, but just a dog brought to a terrible state! 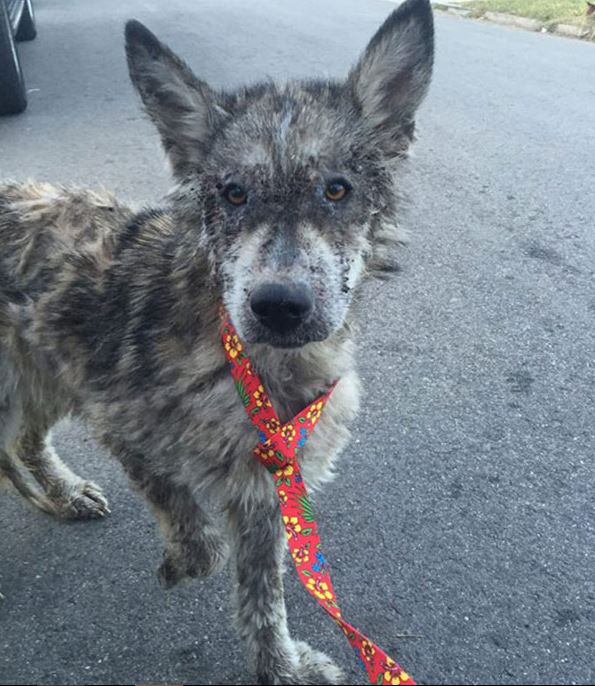 Although the animal was aloof, it was at least not aggressive. So the employees of the organization decided to lure the dog, named Julia, with food and affectionate words.

The smell of food clearly attracted the attention of the hungry animal, which, after some persuasion, agreed to go to the wagon.

There, the veterinarians decided to examine the patient: the entire body of the unfortunate dog was covered with wounds, abscesses, and tumors … All this caused Julia to experience severe pain.

Then the doctors took care of her health so that Julia would soon forget about the past because she is still very young – the dog is only 2 years old. Although in this short period she seems to have endured a lot!

After she was washed and trimmed, she seemed to have turned into another animal! But there is still something left of the wolf … And it is not surprising, because Julia’s breed is a cross between a husky and a German shepherd. An amazing combination!

We are sure that everything will be great for Julia now!