The young man works as a plumber. When this story happened, he received a call informing him that a water pipe in the basement had burst in a residential building. A guy with an assistant went to fix the accident. Entering the basement, the men were struck by a very unpleasant smell. They scanned every corner, and a wet box by the emergency exit caught their attention. When they opened it, they were speechless, two small puppies were sitting there, in their own feces and urine. The puppies were silent, only their eyes were filled with tears. 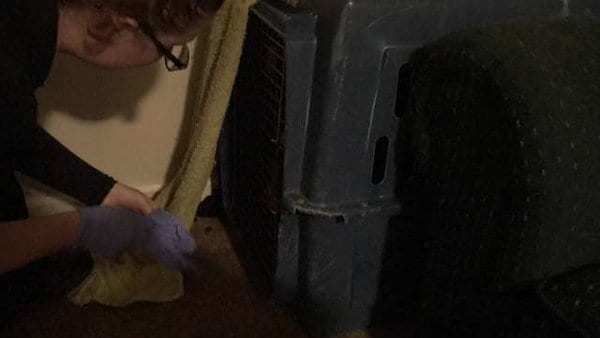 The muzzles of the dogs were tightly tied with something, the noses were very swollen, and blood oozed. Joshua was confused and did not know what to do. He remembered that he had a phone number for a service that deals with animals. Sarah Coffman, executive director of the Wichita Animal League, came to the challenge. 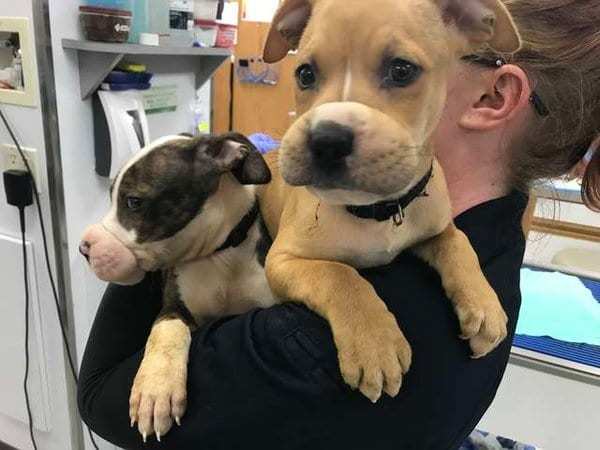 She immediately took the unfortunate baby to the veterinary clinic. There it was possible to determine that the muzzles were not wire, as people thought before, but ordinary children’s hair ties. The puppies were in a lot of pain, and each had to be held by two people while the doctor cut the rubber bands. As soon as the muzzles were released, the puppies began to cry loudly, and blood flowed from the nose and mouth. The volunteers said they had never seen anything like it before! 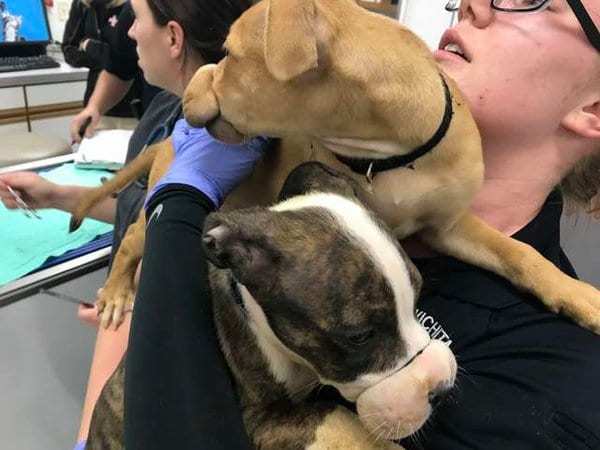 The dogs were given painkillers and sedatives, they could not drink or eat, so they received droppers. The doctor said that the 7-week-old dogs spent about 24 hours in the basement, and a little more – the tissues would have become dead and they would have died.

A day later, the puppies, who were named Whistley and Debbie, went on the mend. The noses were swollen for another week, but the kids were able to eat on their own. Families are now looking for rescued pit bulls. 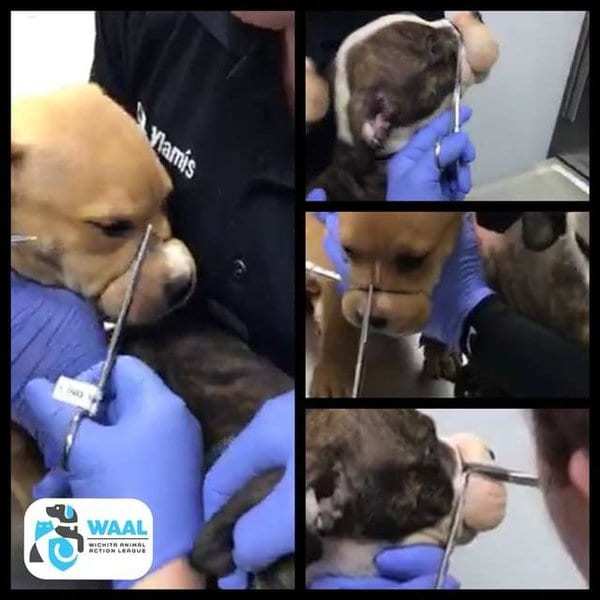 At the request of the public, the police are looking for abusive owners of puppies. It turned out that this is a young family with a dog who rented an apartment in that house and then left. The dog was taken with them, and the puppies were thrown out like this. Residents of the city do not understand why the puppies were not sent to a shelter, but doomed to such torment?! Sadists will face serious punishment for cruelty to animals. 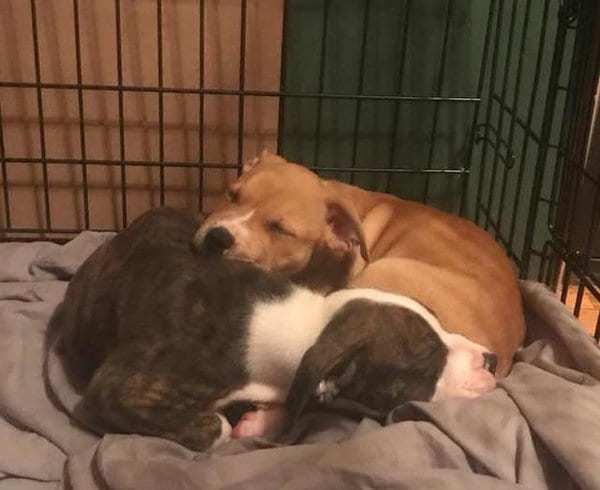