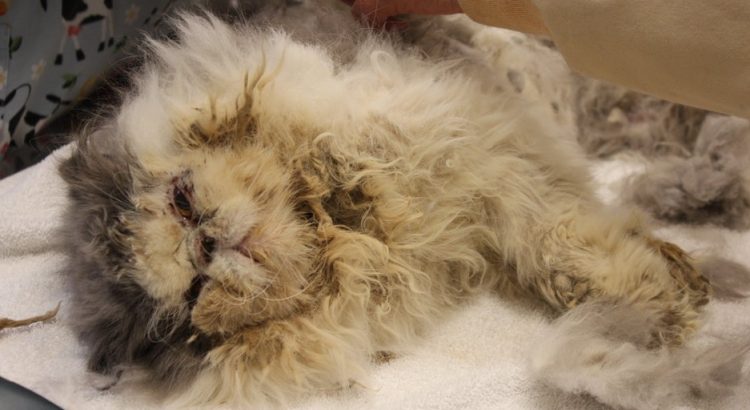 This poor, exhausted cat is called a Japanese Vegetable Burdock. 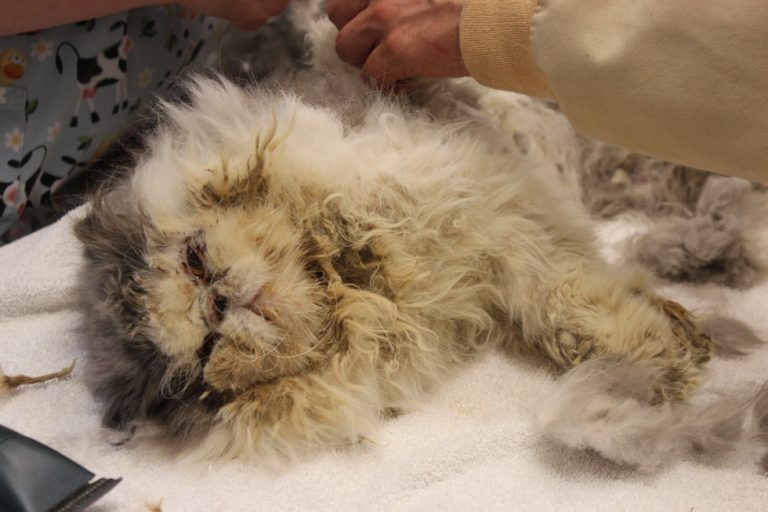 No, of course, not so long, but simpler – Gobo. This is the name of the plant, which is Asians are very fond of eating! 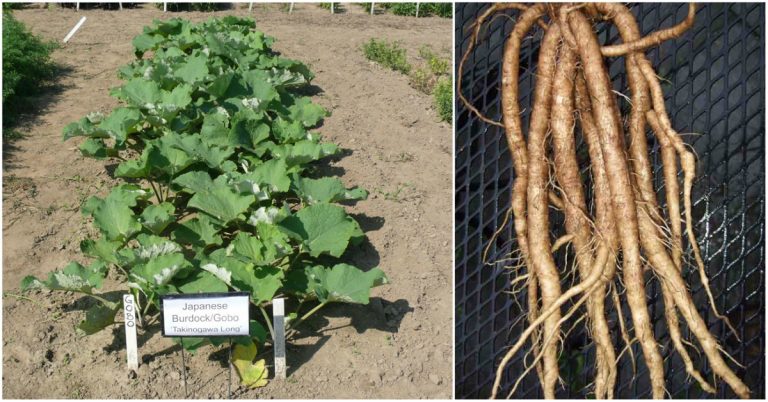 Looking at the wool of the baby Gobo, it becomes clear why the volunteers named him Burdock. 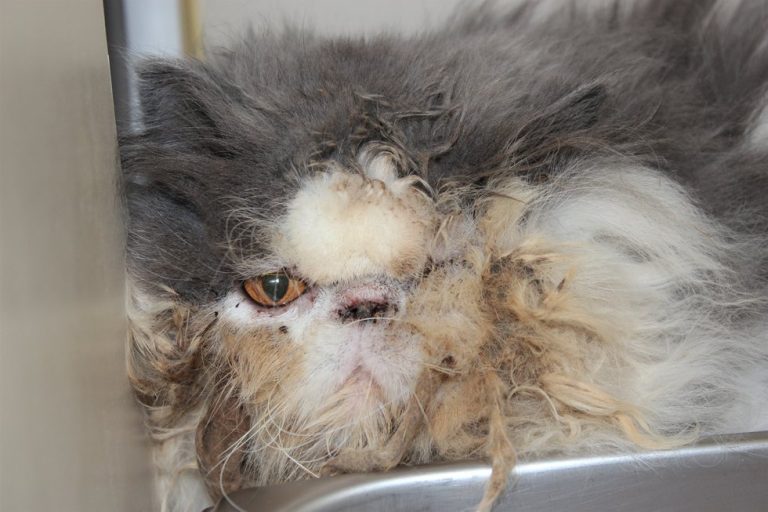 All tangled, in yellow-brown icicles and tangles, the cat’s fur coat gave its owner a lot of inconveniences…

Probably, you are interested in the question – how did his owner bring the pet to such a state? It’s simple: Gobo’s owner is a breeder. And breeders, as a rule, do not bother taking care of animals – the main thing for them is that cats or dogs breed as much as possible!

This man had 24 purebred cats and 16 dogs in his house, all in a terrible state. When the protection organization was informed about the problem, the unfortunate animals were seized and placed in rehabilitation at a shelter. 15 cats from this flock were “pulled out” by a group of volunteers from Washington state called Purrfect Pals. 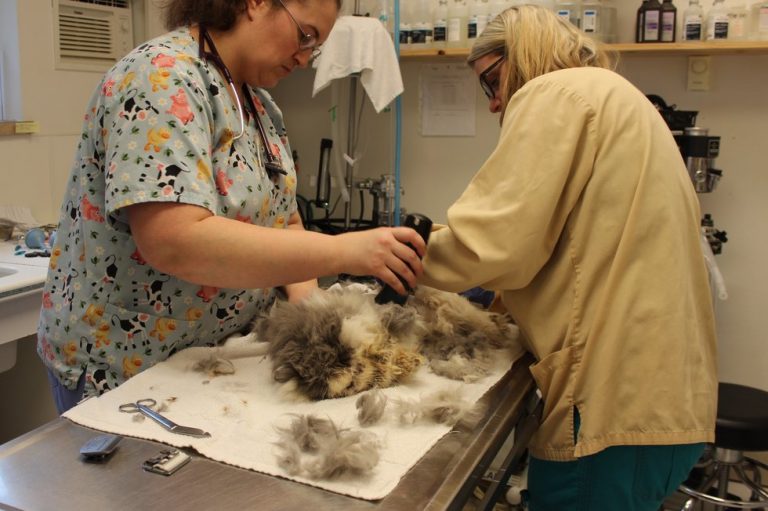 First of all, the poor fellows were trimmed and washed. None of them had been spayed or neutered, all were terrified, covered in old wounds, and infected with an upper respiratory tract infection. 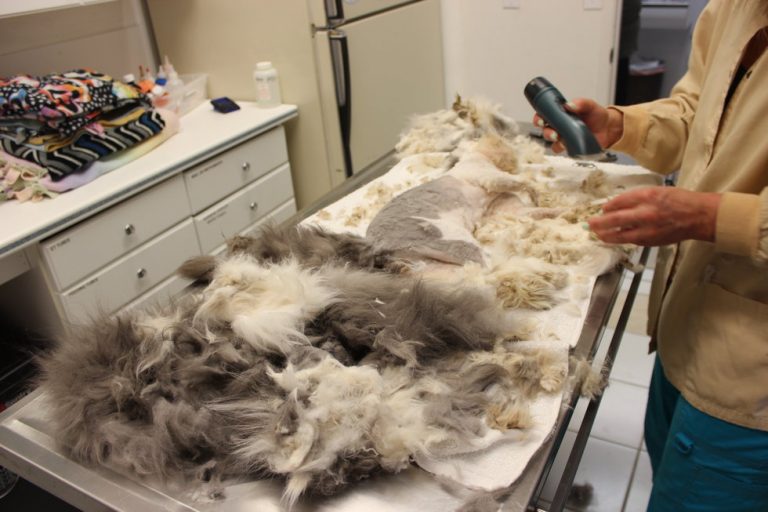 Gobo turned out to be the most difficult client – his skin was so tangled that the cat’s eye was overgrown, and he could not see well. And the boy’s claws, which no one had ever cut, twisted, and dug into the soft pads!

Gobo was embarrassed by such a large number of people, tried to escape and hide, hiding under the table. However, very soon, in loving hands, the cat relaxed! 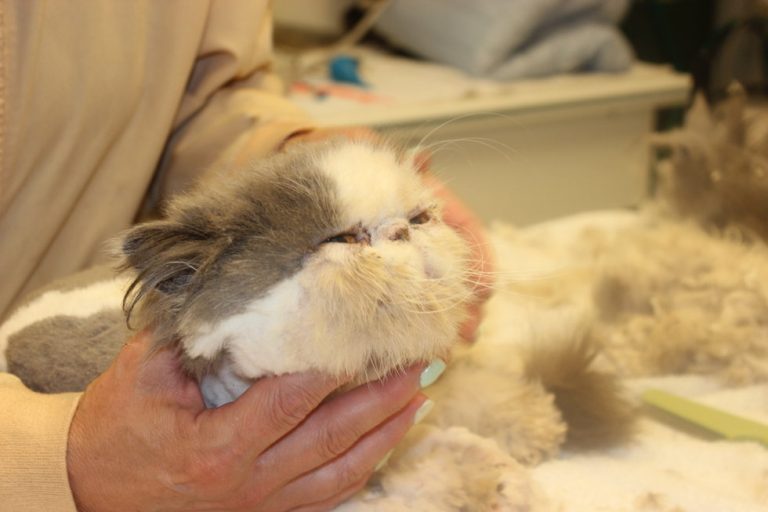 Two veterinarians, Dr. Leslie Kasper and operating doctor MJ Zelinka undertook to cut his hair. The procedure took a lot of time – 2 hours, but the patient’s reaction was worth it! In gentle hands, the cat purred and … climbed on the head of one of the doctors to hug her with his paws!

In the photographs, Gobo looks stern and dissatisfied, but this is only the result of the special structure of the muzzle – in fact, the cat is very contacting and not at all angry. 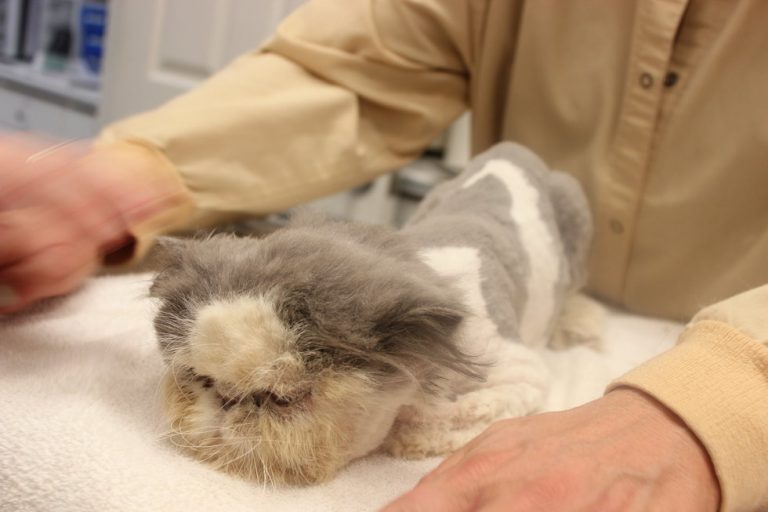 Now Gobo is feeling much better, and his haircut has become a very impressive experience for veterinarians – because before that they had never tidied up such a neglected animal. From the mountain of dirty wool, with which the table was littered, forest birds could build dozens of nests!

But this is what the baby looks like now: 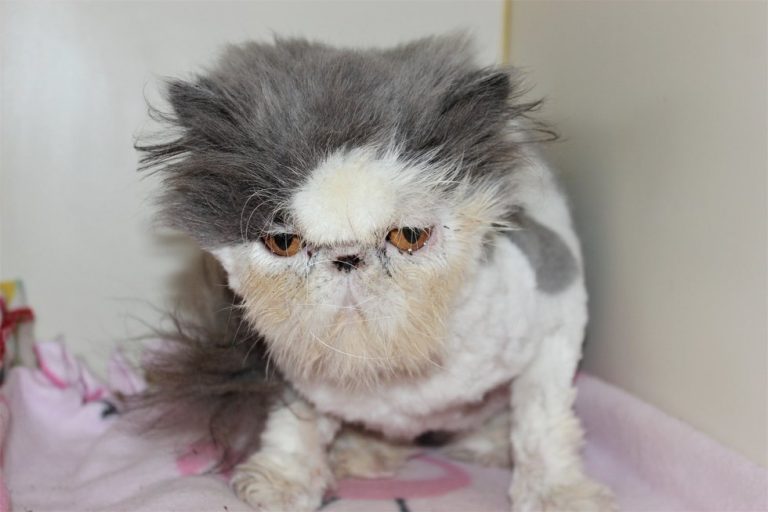 Ahead of him are days of relaxation, health promotion, and the search for a real loving owner. 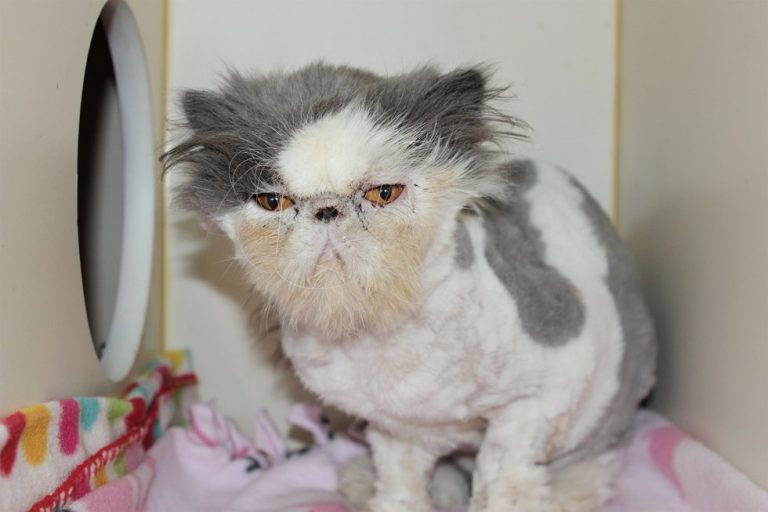 May Gobo and all his comrades in misfortune be very lucky! And we hope that the owner of this nursery will receive the necessary dose of punishment so that the level of responsibility in his think tanks will return to normal.