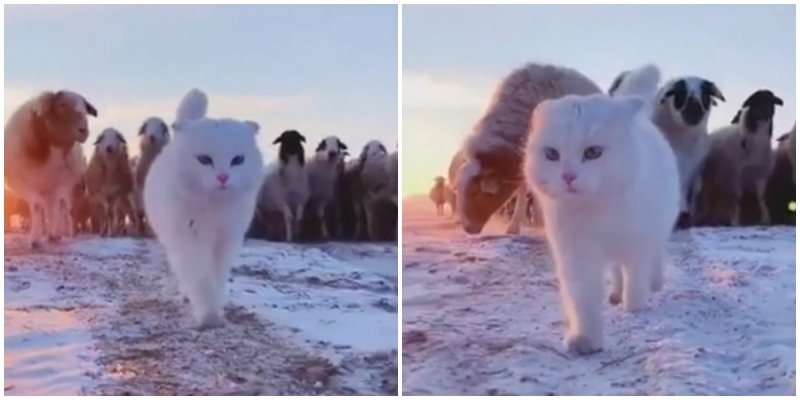 Usually sheep are herded by dogs, but in China there is a very special cat. The fluffy majestic purr, together with the owner, goes to graze the sheep and looks after them himself.

One day, the owner decided to film his cat and post it on the Douyin social network. The video became very popular. Fluffy proudly walks ahead of his “wards”, sometimes looking back. The majestic cat was liked by netizens.