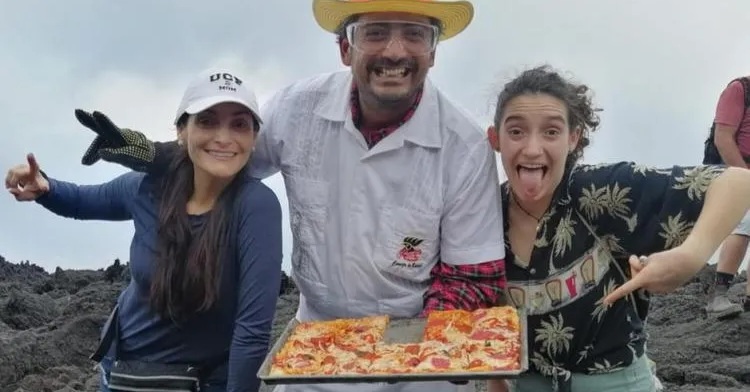 Now, in a difficult time, if you go somewhere, it is better to choose Guatemala as the goal of your trip. More recently, entertainment for tourists has appeared on these lands far from us, which not everyone will have time to visit. Something incredible is happening on the active volcano of Pacaya! Here David Garcia, an ordinary accountant, prepares the most exotic pizza in the whole world!

Outdoors, in a pan, pizza is baked on lava. 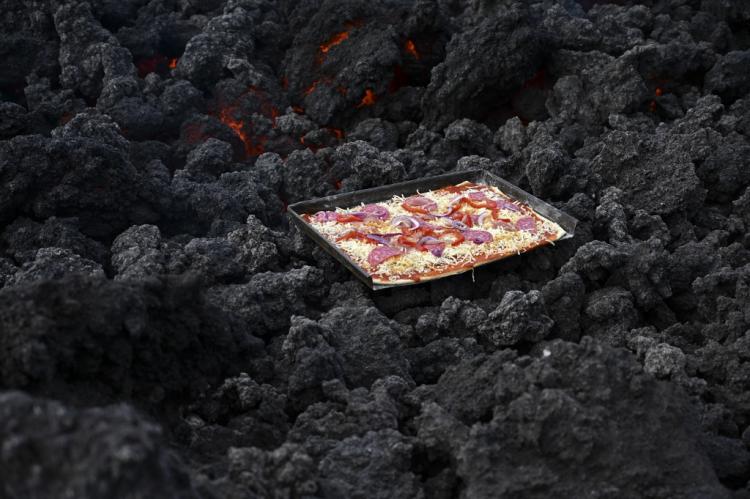 “Pacaya Pizza” has become a real trend, although it all started quite normally. Due to unemployment and boredom, an ordinary accountant decided to go on an excursion to the recently awakened Pacaya volcano. When he saw it, he came up with the idea to make the pizza right here on the lava. At first, it was very scary and, of course, difficult, but the pizza was so delicious that David decided that he would stay there. The man claims that he has found his calling, and many tourists visit this place to try such an exotic dish. 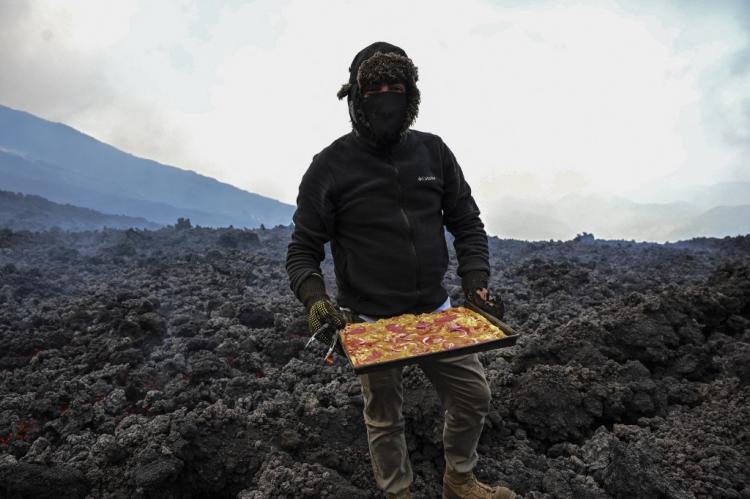 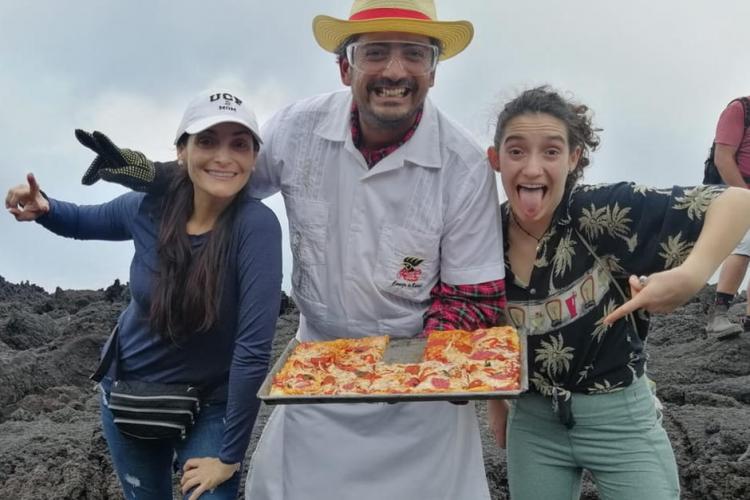 What is the secret of this delicious pizza? First, Pacaya Volcano is a rather calm place, the mountain does not cause problems. Eruptions do not occur suddenly, and lava flows slowly and its route can be predicted, so tourists have nothing to fear. It’s like a stove in the open air from nature itself. And the second factor is a long journey, tourists are just getting tired, and their appetite is only getting stronger. They usually take a couple of sandwiches with them, but the pizza is fresh and very tasty.

For its preparation, no semi-finished products are used, everything is done right in front of people. 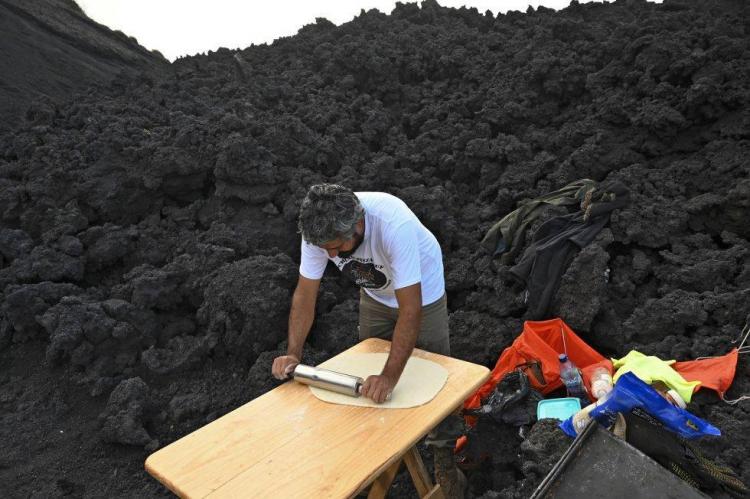 Still, you should carefully walk on the lava, because its temperature can reach hundreds of degrees. 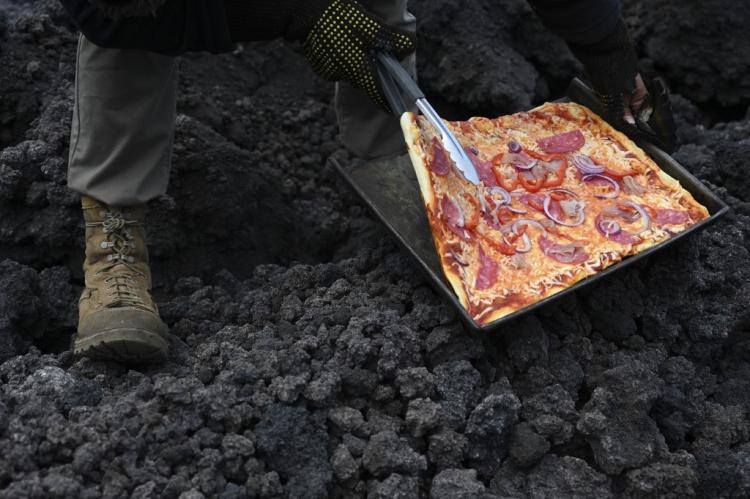 David has special baking trays for cooking that can withstand temperatures up to 1000 degrees. An unusual sight is when a baking sheet is placed on the lava and then floats down it. Just an unforgettable view!

The pizza recipe itself is simple, it uses cheese, tomatoes, meat, and vegetables. 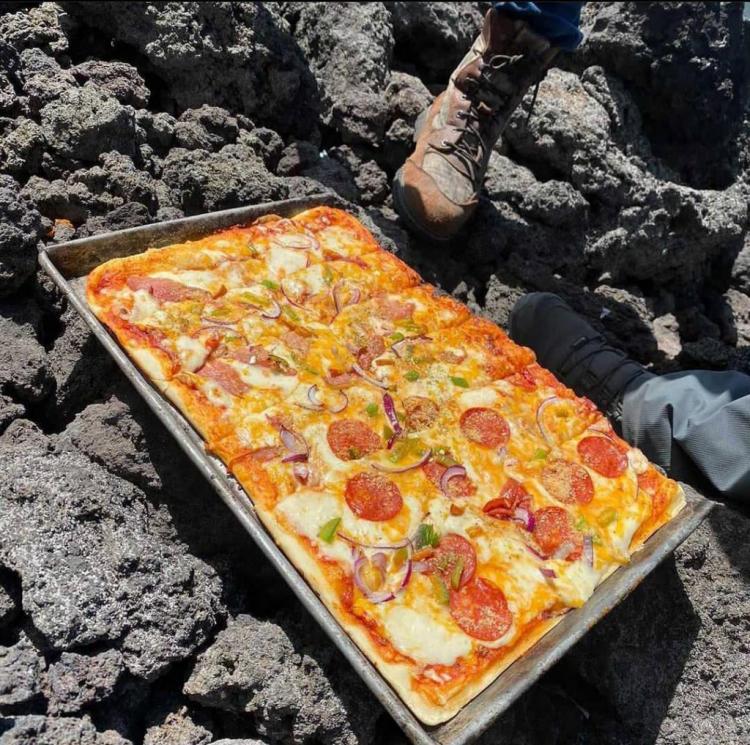 Tourists will remember this meal for a long time! 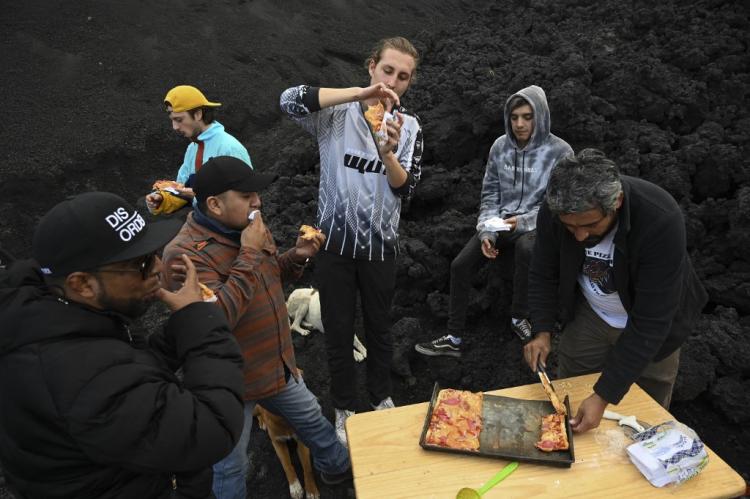