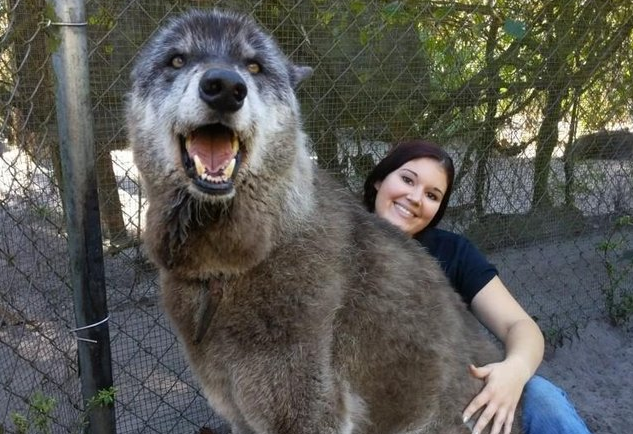 He became a real beauty.

Recently, Reddit users were interested in a photo of a girl next to a huge wolf named Yuki. Its dimensions are so impressive that it is hard to believe in the reality of this picture. But this animal really exists and lives in the American shelter “Shy Wolf Sanctuary”. In 2012, Yuki was abandoned by his owners and ended up in an animal shelter. Since he is a wild animal, they could not leave him and decided to euthanize him. Here, employees of a specialized Florida shelter intervened, who took the wolf to their place and began to raise it.

Yuki was raised as a pet but then given to a shelter where he was supposed to be euthanized. 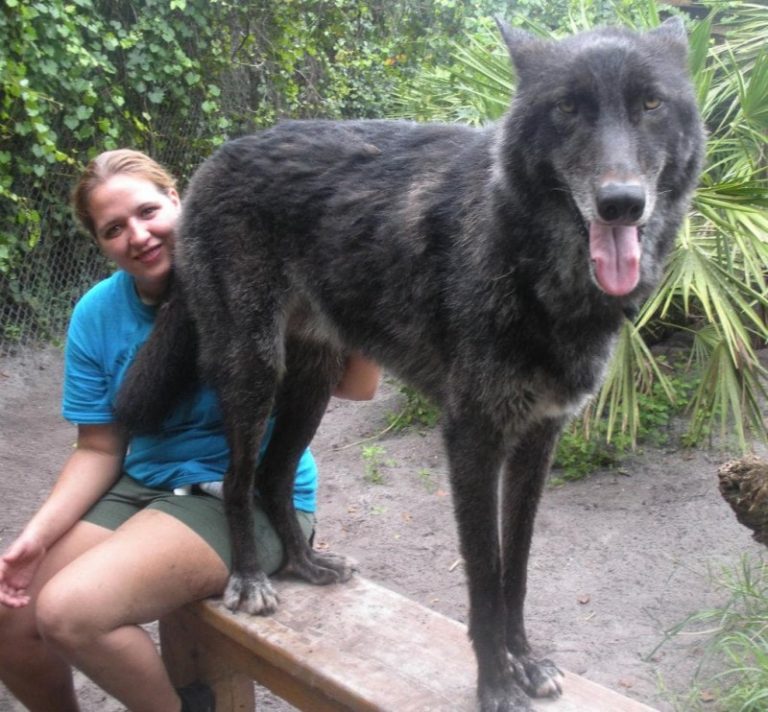 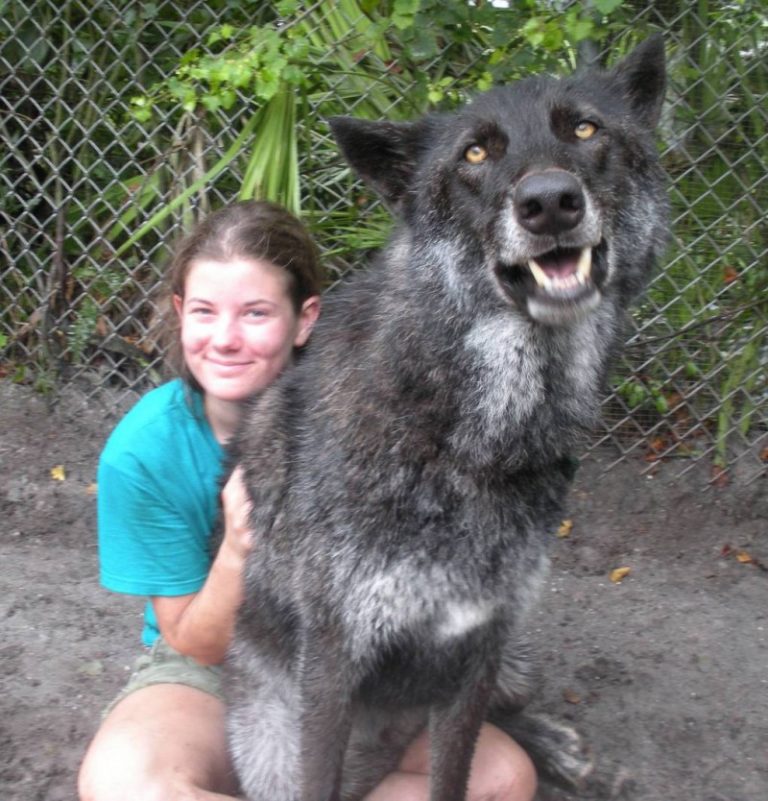 Yuki began to live with other wild animals and grew up to be a huge but good-natured wolf. 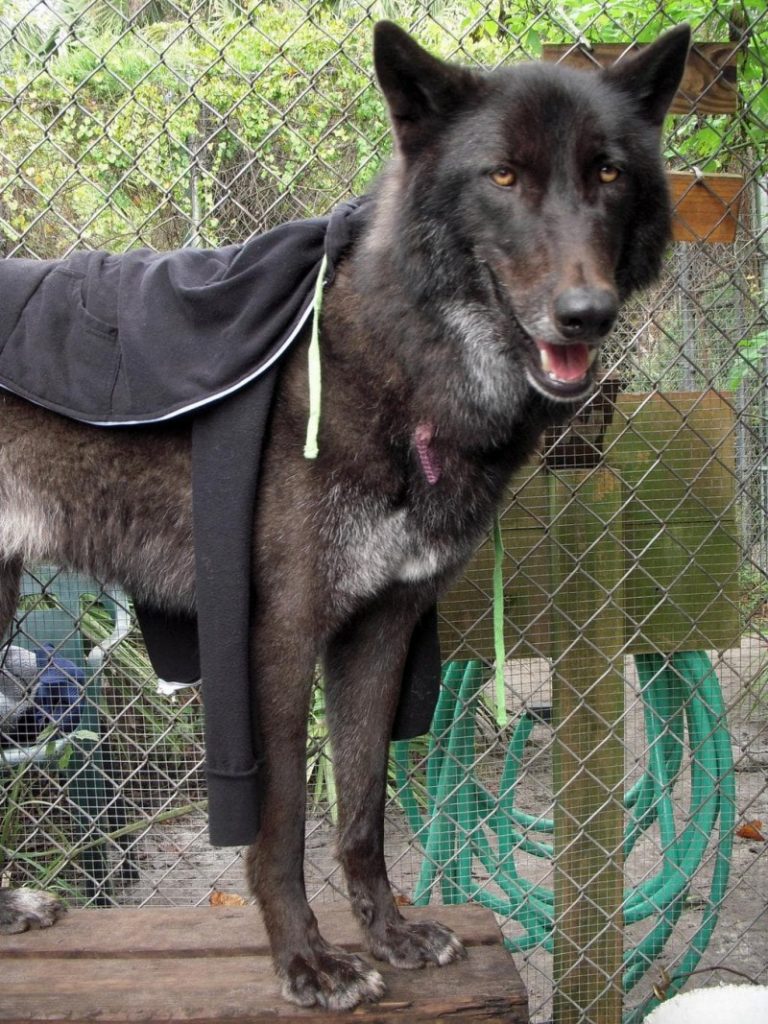 The volunteer said that the wolf loves to take clothes from visitors and then play with them. When he gets bored, he gives everything back safe and sound.

They even found him a “bride” named Bella, with whom they often could not share food. 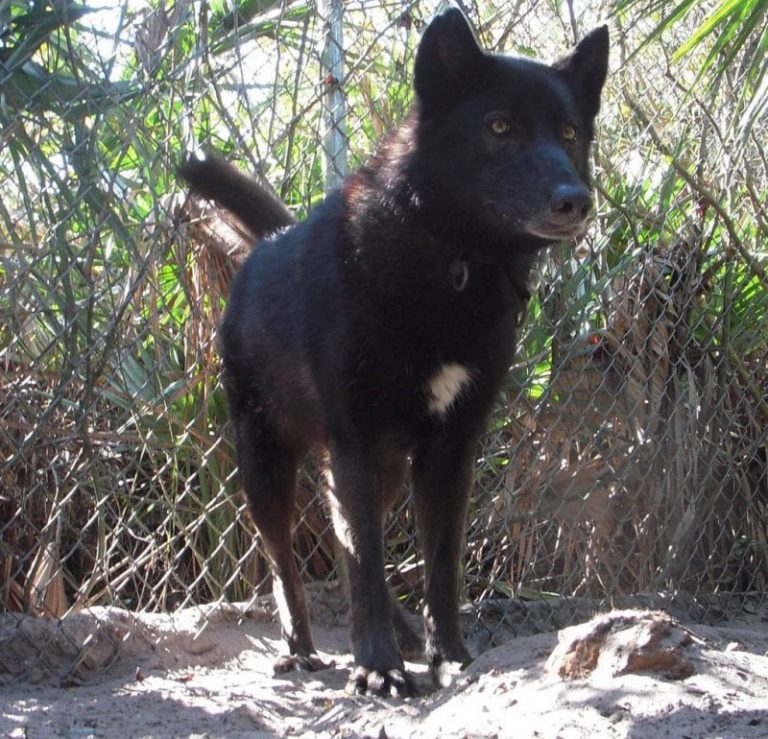 Yuki has been living in a shelter for 7 years, where he was surrounded by love and care. 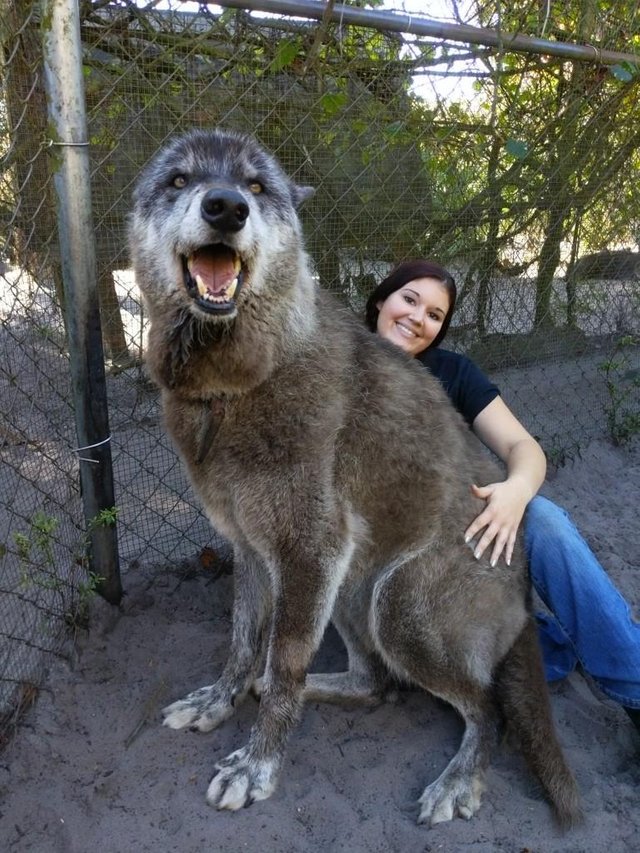 The photos show that since 2012, Yuki has put on weight and has become a real giant. Thanks to specialized shelters, domesticated wild animals can avoid euthanasia and feel happy, and Yuki is a clear confirmation of this.