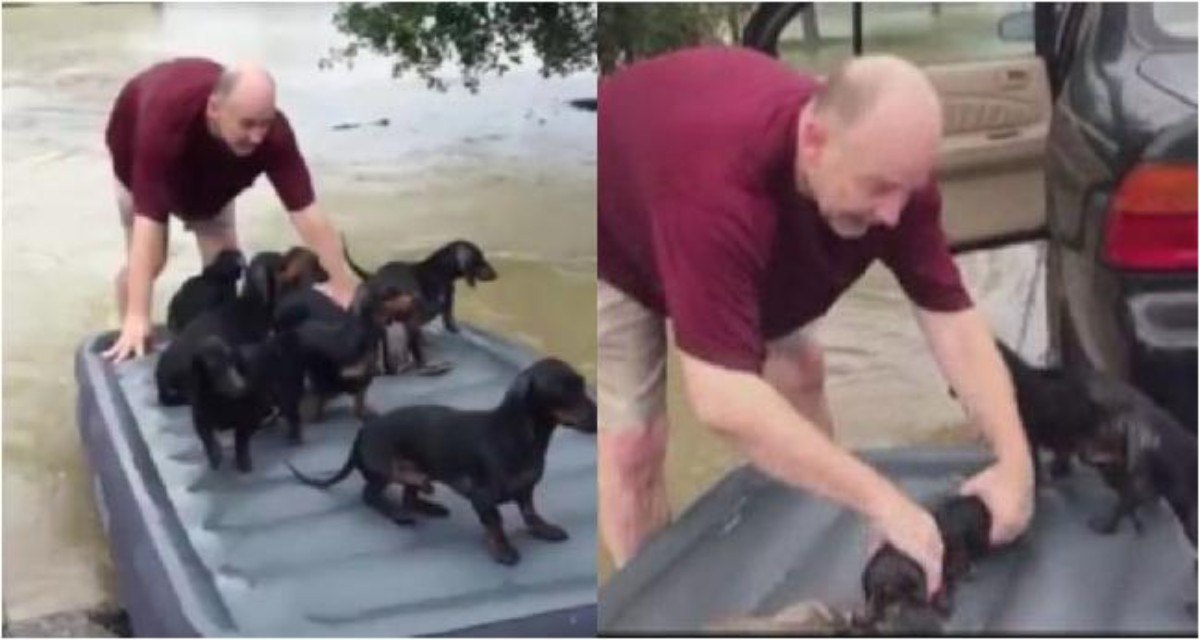 Very often, in certain states of America, there are floods, people live in such a way that they are already used to it.

Just on one of those days, one man ran to his house to quickly collect the most valuable. He was already leaving when he heard crying in a neighboring house.

Undoubtedly, he decided that he would help, who if not him ?! 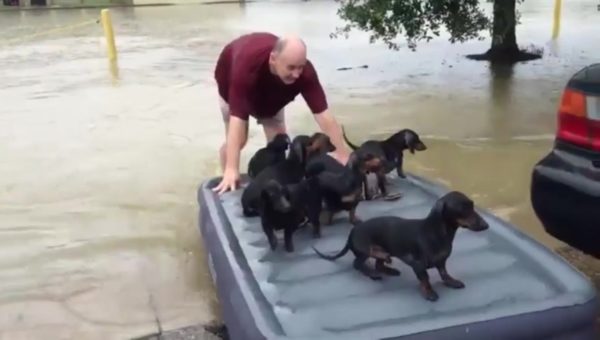 As it turned out, it was 10 little puppies crying. The man threw away all his possessions and began to build a raft from a mattress in order to quickly take the kids to a safe place. 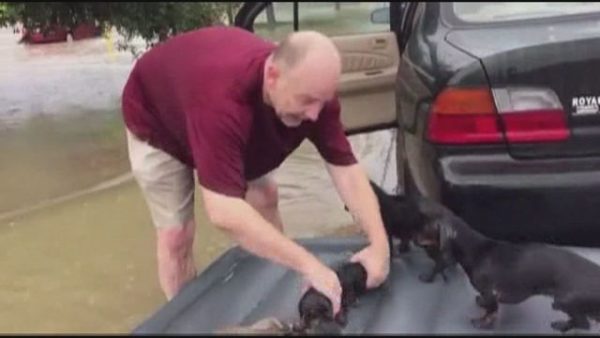 The saddest thing in this situation is that the owners of the house left the puppies to die, while they themselves took things from the house and left. And an absolute stranger, at his own peril and risk, helped them to avoid death.