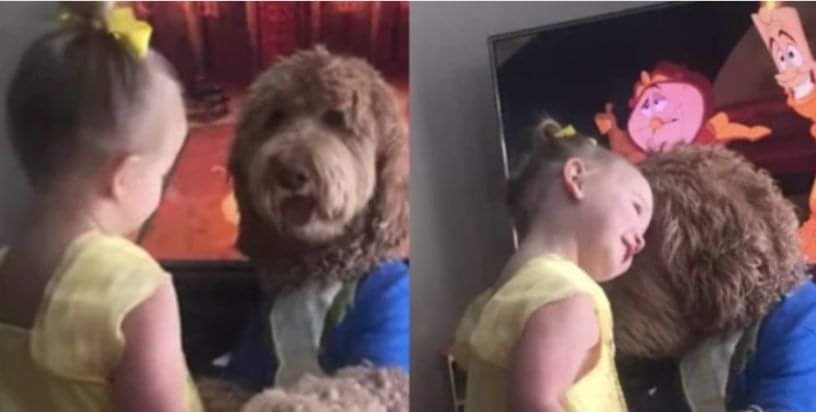 Do these people remind you of anyone in particular?

Disney’s “Beauty and the Beast” is the answer, as I’m sure you figured out.

As you can see, this cute couple chose to mimic the style of a well-known animated film. Many people, even as adults, are still huge Disney animation fans and constantly keep up with all the newest characters.

Kyle, age 3, wished she looked like her favorite cartoon character since she loves it so much.

She also had a very devoted buddy who was willing to do anything for his best friend to make it appear more wonderful. She asked her pet dog to portray the monster, and the dog obliged.

Therefore, the characters were finally ready to mimic the heroic figures.

It’s adorable to see how the girl leads the dog, Rudy, to the stage by grabbing him by the paws. They looked stunning in their attire. Everything was very well considered. They did a fantastic job at mimicking the animated characters. Rudy was once again a fantastic friend for his closest pal.

You two are adorable!