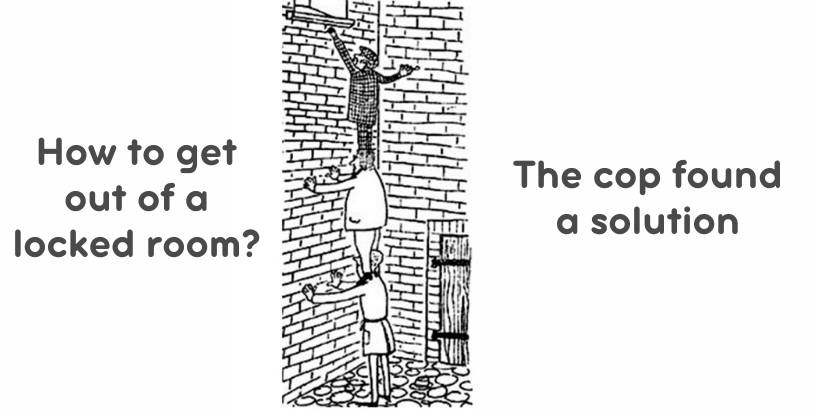 Often, even the best detective can be outmaneuvered and led into a trap. If the criminal is smart enough and cunning enough, then he will be able to fool everyone around without any problems.

The detective, along with two assistants, followed on the heels of the criminals who robbed the jewelry store. Traces of the robbers broke off near the window in the basement of one house. Without a second’s hesitation, the police went downstairs, tying a long rope outside for this.

Once inside, the detectives began to inspect the room, but suddenly they heard a rustle and saw that the rope had disappeared. The door leading from the basement to the house was securely locked from the outside. But the men did not despair and stood on each other’s shoulders to reach the window into the basement. However, no matter how hard the detective tried, he could not reach the windowsill, he lacked literally five centimeters to grab onto the ledge. 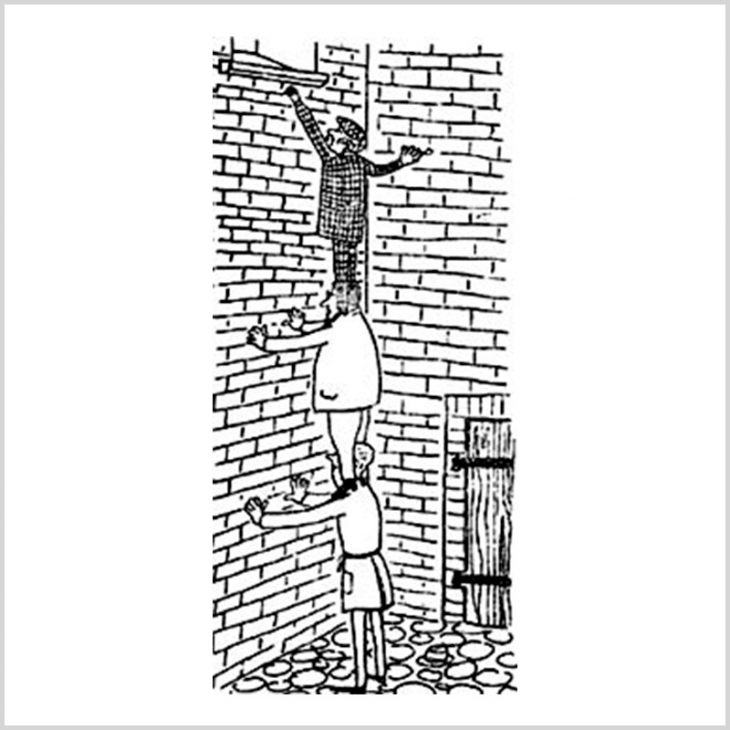 The police decided to think a little. A few minutes later, the detective said that he had found a solution to the problem. So what did the detective come up with?

The detective realized that his tallest partner had slightly longer arms than the others. Therefore, if he is at the top, he will be able to reach the windowsill. Standing in a different order, the men were able to get out of the basement.