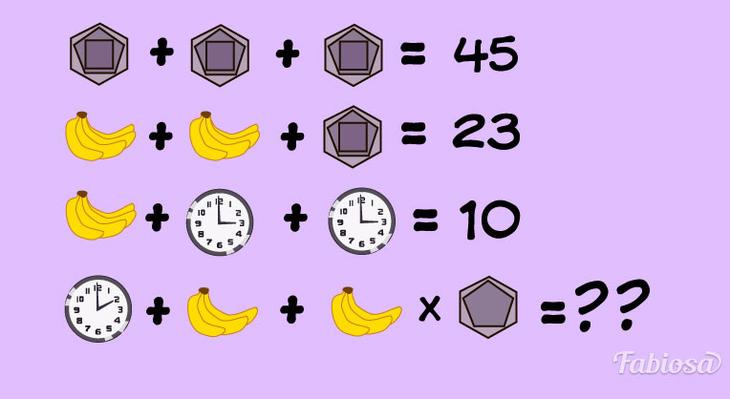 On the Internet, a new mathematical problem is gaining more and more popularity, which not everyone can solve. But if you have a sharp, attentive eye, then you can get into that 1% of people who can handle it.

So, in front of you are 4 lines with various mathematical operations. In the first 3, the result is known, in the last one, it has to be found.

If you can’t do it yet, take the advice of American mathematician Presh Talvakar, who reveals the secrets of the most insidious problems in his Mind Your Decisions blog:

1. Pay attention to how different fragments ended up in the last line – 2:00 on the clock instead of 3:00, each banana bunch has 3 bananas instead of 4, and the geometric figure consists of only 11 lines since is the inner square is missing. 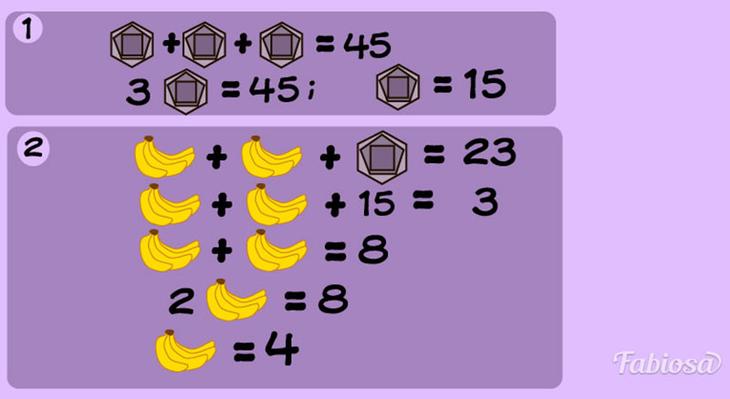 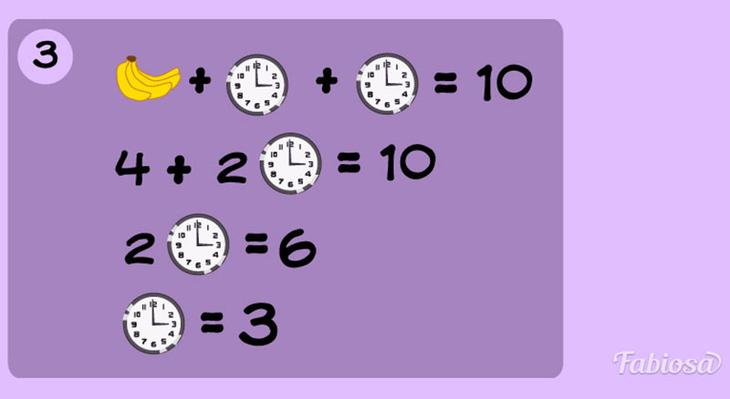 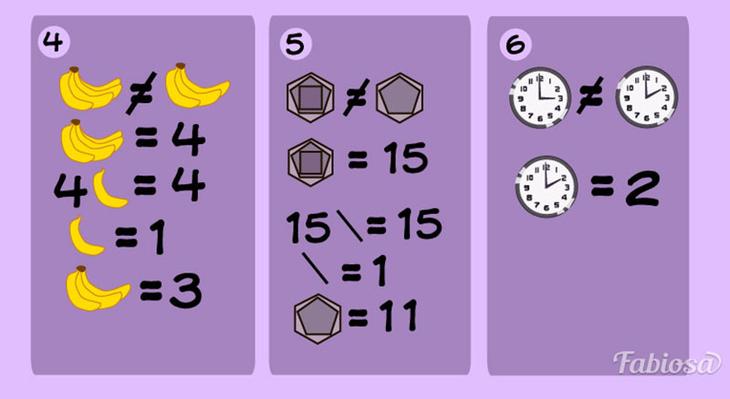 What is mysticism? The whole secret is that in this mathematical circuit, the multiplication operation is performed first, and only very attentive people can immediately get the correct result. It was really very difficult!