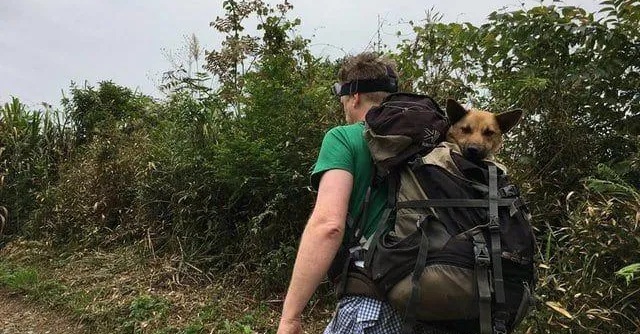 This story happened to a hotel guest and it was thanks to her that it had a positive outcome. Once, while walking in the park, she discovered a makeshift stove built from an old iron barrel. There was a dog inside. The condition of the animal horrified the woman: the dog did not have one paw, and the other was bleeding heavily.

As it turned out later, the unfortunate dog fell into one of the many traps placed throughout the territory. The dog behaved friendly and calmly reacted to the woman. He was barely a year old, and he had already experienced so much!

One of the locals, a man named Sean McCormack, is involved in rescuing animals that are in trouble. The hotel guest was advised to ask him for help, which she did by sending him a message and a photo of the dog. Upon learning of her find, Sean immediately came to the rescue. 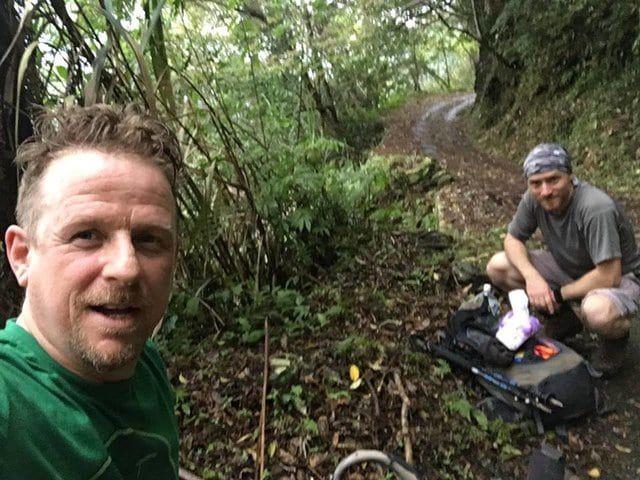 When the young man clarified the route to the guest house, it turned out that there was no direct way to this place and he would have to overcome impassable mountains. There was no time to look for workarounds, as the life of the animal was in danger.

Sean was helped to get to the hotel by his friend, Rose Tweedy, as he was well versed in these places. Previously, no one passed such a difficult path through the mountains. When the guys finally arrived at the place, it turned out that the dog that had been injured because of the trap had disappeared somewhere. 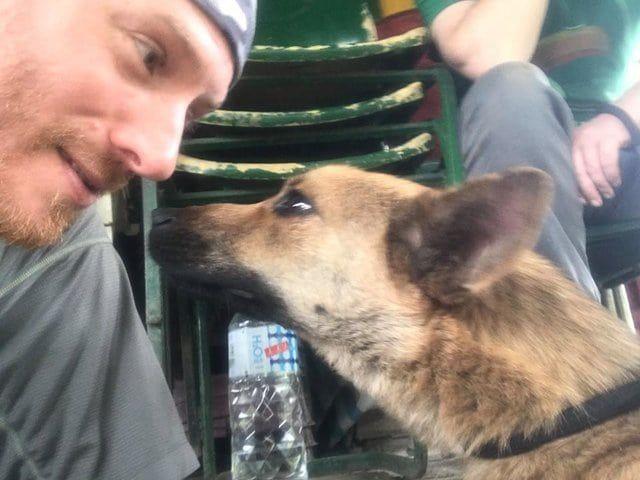 After searching a bit, the poor fellow was found hiding under a pile of tables and chairs piled in one heap. Despite being frightened, the dog approached Sean when he called her over. The young people bandaged the dog’s wounds, wrapped him up, and put him in a large backpack to take him to the clinic. 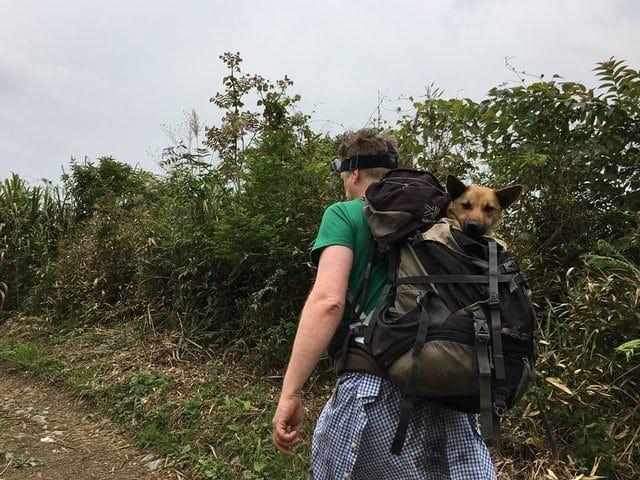 The rescued child was named Sandy. For the whole long journey, the dog did not make a sound. Sean and Rose took turns carrying the backpack with Sandy, and he seemed to understand that he was being rescued. 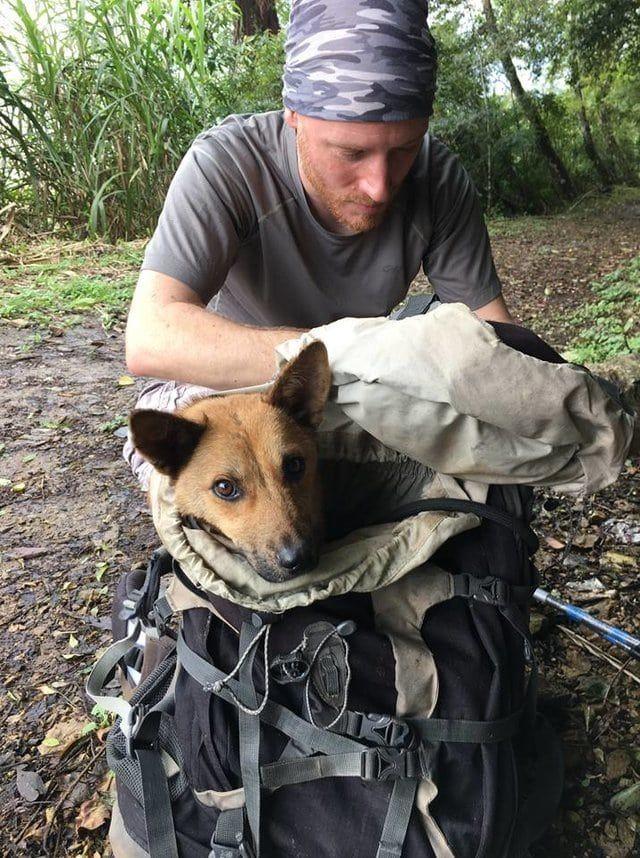 After descending from the mountains, the guys took Sandy to the vet. Doctors amputated his paw but said that in the future he could be fitted with a small prosthesis. 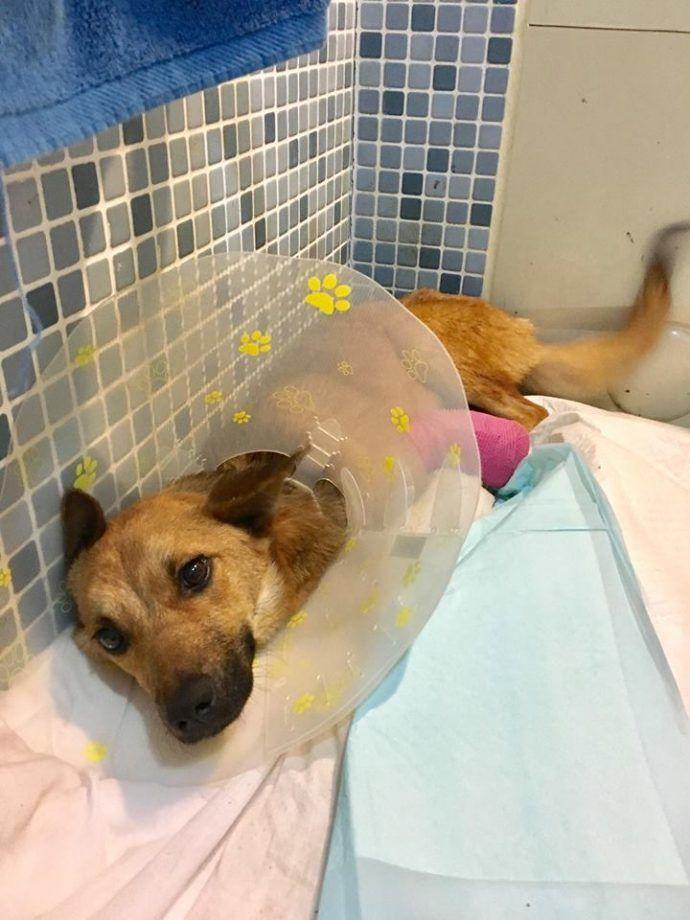 All this time, not indifferent people were worried about Sandy’s fate, and contacted his rescuers and expressed their desire to shelter the dog. After treatment, the dog immediately went to the house with new loving owners. 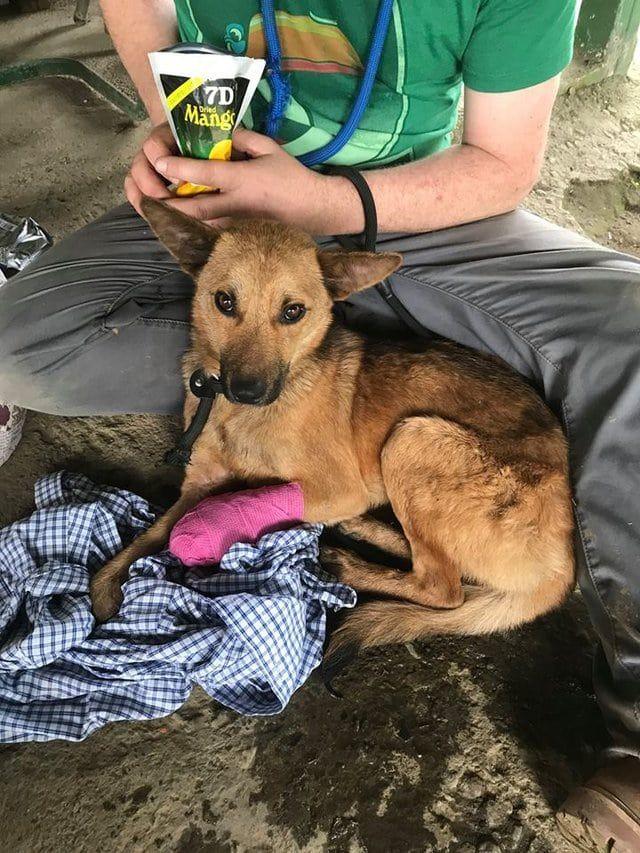 Thanks to kind caring people, Sandy will now have a long and happy life! 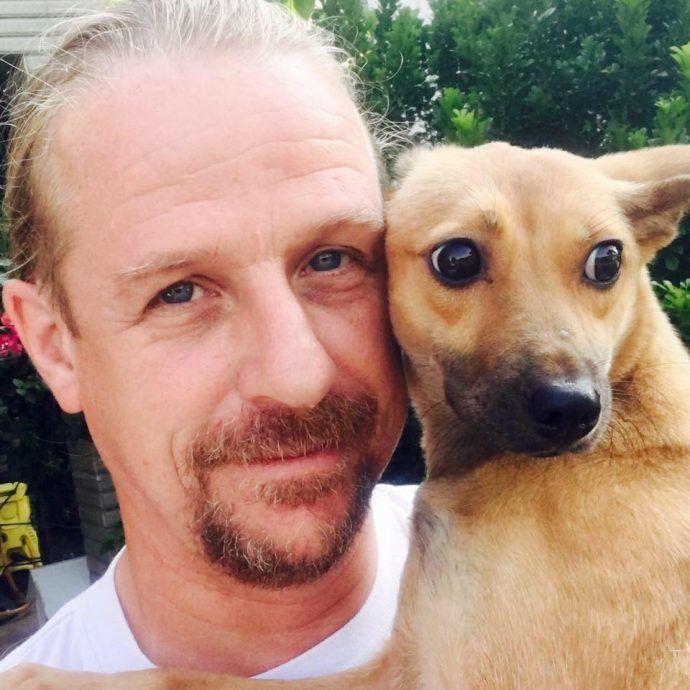