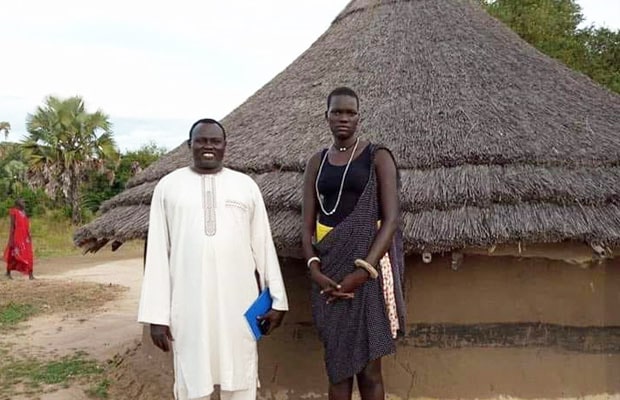 In the 21st century, we are used to thinking that everything around us is civilized and cultural. Therefore, when we hear some stories from life, reminiscent of medieval life, we are involuntarily horrified.

However, the story we want to tell you happened quite recently, which makes it even more creepy.

The point of the story is that a certain family from South Sudan arranged an auction on the social network Facebook, where they put their 17-year-old daughter up for sale. Yes, yes, you heard right, they put up for sale their daughter, 17 years old!

6 men competed for the right to possess the girl, and one of them was a high-ranking official. By the way, he claimed a 17-year-old teenager with particular zeal, saying that he had known the family for a long time and, they say, promised to marry the girl even when she was very young.

Generally speaking, this friend offered the unusual family a price of 250 cows.

However, despite the rather impressive price by local standards, the virgin went to another “buyer” – Kok Alat. The fact is that Alat offered 500 cows for a 17-year-old girl, adding 3 cars and 7.5 thousand euros on top.

At the same time, it should be added that Coca Alata already has 9 wives.

Thus, in the 21st century, the sale of a person through a social network took place. Human rights activists call this absurdity, however, apparently, the matter did not go beyond “concern”.