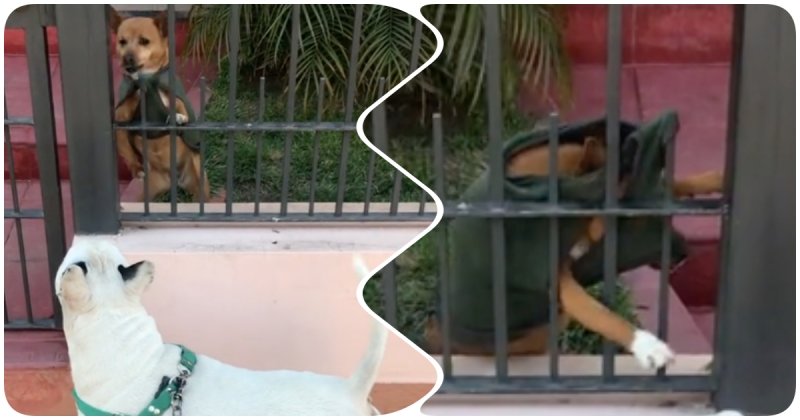 Dogs jealously guard their territory. Noticing a four-legged stranger, the chihuahua rushed to bark at the opponent. But something went wrong.

The author of the video is the owner of a bull terrier with the nickname “supermojito007” in TikTok. He published a video with a skirmish between dogs, which gained more than 5 million views.

A vivid example of how clothes bought by the owners can complicate the usual dog job of driving strangers away from fences.