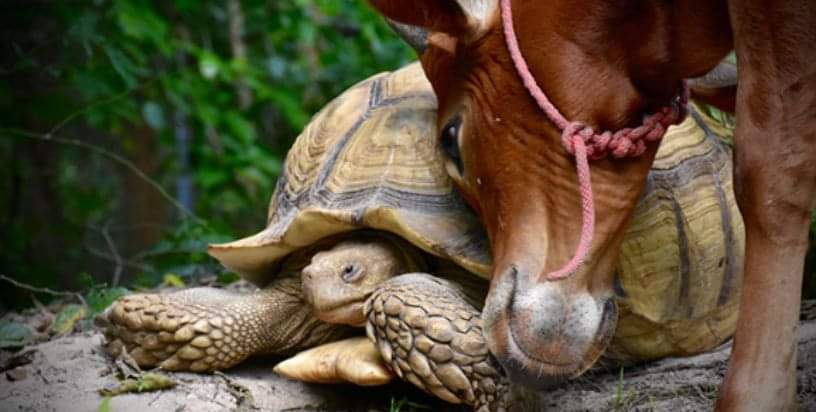 The relationships between different animal species are one of my favorite things because just by looking at them, we can feel the warmth and love that these amazing beings possess.

You’ll be amazed by the heroes’ tale from today, which concerns Simon, a cute little caw, and Leonardo, a turtle.

Simon the African tortoise was brought there in January with a severe leg injury, whilst the former was rescued from the Bangkok Zoo. When the rescue center learned about the poor cow’s accident-related leg injury, they went right away to take him to the shelter and provided him with a prosthetic so he could walk.

Hemd was initially going to stay at the rescue facility for a while before being relocated to a location with two other rescued cows.

They couldn’t have predicted how much better things would work out, though. Because they were so dependent on one another, their chance encounter altered both of their lives. It was simply amazing. The first time the cow and turtle interacted, they hit it off right away and became friends.

At first glance, there was love. They quickly bonded strongly and spent every waking moment together.

The staff reports that they can assist one another flawlessly and that their peculiar bond is growing every day.