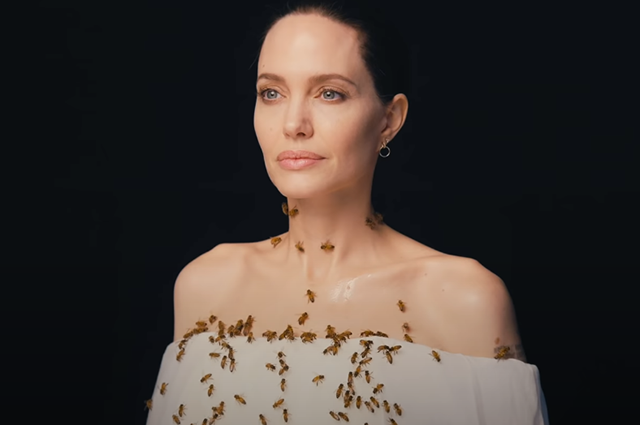 This unusual project was organized by National Geographic magazine for Bee Day, which is traditionally celebrated on May 20th.

Angelina Jolie has long been known as a person involved in charity in various fields. Recently, she decided to participate in drawing public attention to the problem of the disappearance of bees and for this, she starred in a specific and rather dangerous photo shoot. 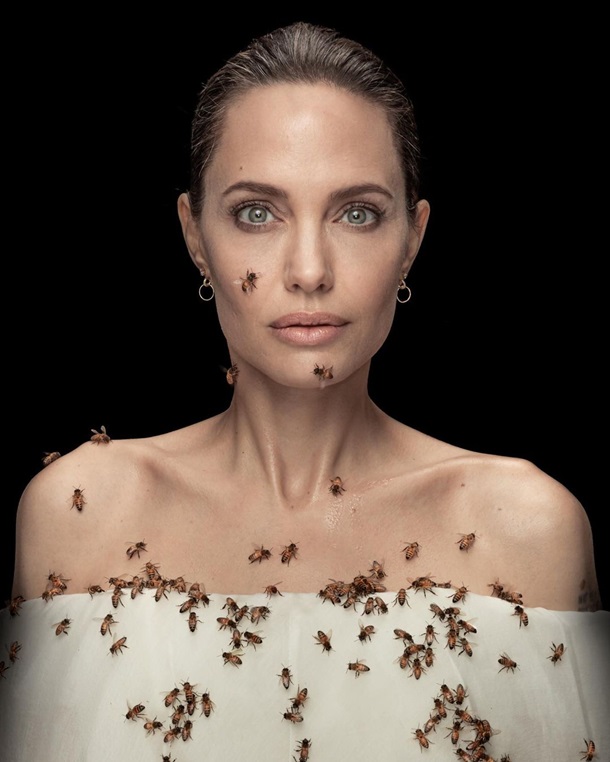 This unusual project was organized by National Geographic magazine for Bee Day, which is traditionally celebrated on May 20th. Shot by photographer Dan Winters and inspired by Richard Avedon’s 1981 photographs of a beekeeper with a torso completely covered in bees.

Filming took place with the maximum observance of safety rules. The light was dimmed, and everyone tried not to make unnecessary sounds and not to make sudden movements. All participants in the shooting were in special protective suits.

Only Angelina Jolie had no protection, only a light dress with bare shoulders. To prevent the bees from being irritated by other people’s smells, a few days before the photo shoot, the actress stopped taking a shower and using perfume. And just before shooting, pheromones were applied to Angelina’s body, because of which the insects moved in a certain way. While the bees crawled over the actress, she sat motionlessly, and this went on for 20 minutes. To prevent the bees from getting into the nose or ears of the actress, they were covered with cotton swabs.