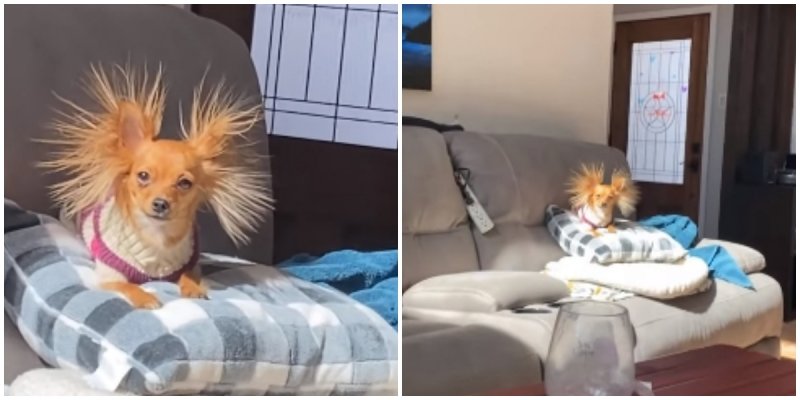 The owner bought a new sweater for his dog named Evie, and she immediately began to run around the sofa in it. According to the laws of physics, the friction of synthetics caused the phenomenon of static electricity.

The long hair on her ears immediately stood on end and Evie looked like a real sun! It seems that she does not understand what made the owner laugh so much. The man immediately picked up the phone and took a video of a funny dog.

The video has gone viral on the internet. In the comments, users noted that Evie looks more like an alien than a dog!