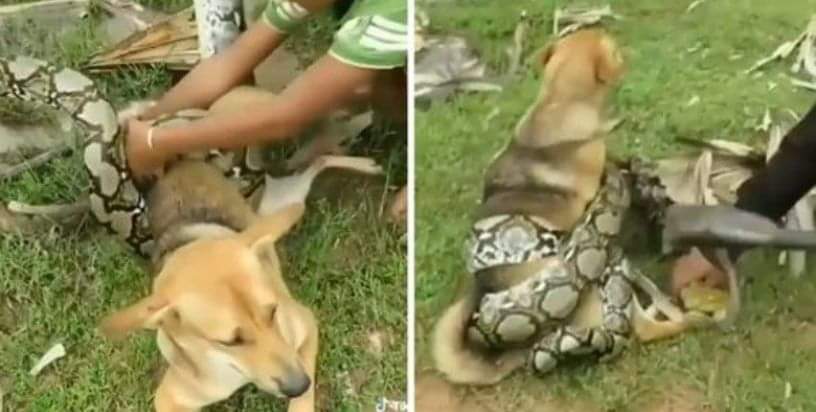 In a video, the older child tries to pin the snake’s head to the ground with what seems to be a metal table leg as the two smaller children toss enormous leaves at the snake in an effort to convince it to release their dog. The dog appears to be more perplexed than angry as its human buddies battle the snake.

The older child uses the pole to force the snake’s head to the ground as his two buddies attempt to unwind the snake, which at first appears to be a difficult task. When the dog can no longer escape from the snake’s grip, they grab it by both ends and pull in different directions.

The attack didn’t seem to have hurt the dog.

The older child then silently raises the writhing snake with pride by the head.